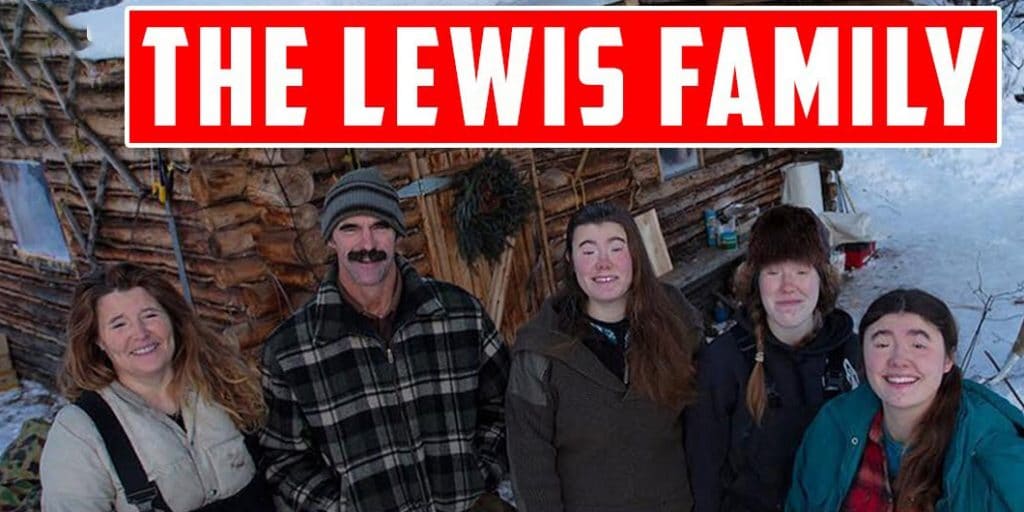 What Happened To The Lewis Family On The Last Alaskans?

‘The Last Alaskans’ was an American reality TV show, set in the wild, frigid landscapes of The Arctic National Wildlife Refuge in Alaska. The show follows the daily activities and struggles of several families and trappers making their homes, surviving the stark, cold of the northern most stretches of Alaska.

They survive by any means necessary, from trapping and hunting the local animal populations, fishing, foraging, to even farming, these survivors do everything in their ability to live off-grid in the Arctic wilderness.

Most of the residents of Arctic National Wildlife Refuge are the last people to have chosen this way of life, which earned the show its title.

There's a new family returning home to the refuge tonight! Get a sneak peek: https://t.co/7UHyWo7hAm pic.twitter.com/snYjat17kr

Sadly, the show didn’t last as long as fans might have hoped, but during the several years it graced our screens, ‘The Last Alaskans’ became one of the most popular shows of its kind.

Praised especially for its honest portrayal of the trapper’s off-grid lifestyle and struggles, the show never strayed from its reality classification, unlike certain other supposed reality shows that offer similar entertainment.

Originally made for Animal Planet, high demand and a popular reception with the audience quickly earned ‘The Last Alaskans’ a primary spot on Discovery Channel. The first season debuted in May 2015, followed by the second season on Discovery in April 2016.

Then, the third season kept fans entertained in 2017, followed by the fourth, and sadly final season in 2018.

Though the show played host to numerous colourful and admirable characters, some playing the roles of heroes, while others seemed more suited as the antagonists, only a few of the leading stars won the hearts of the many viewers tuning in to see their struggle.

Since the show’s unfortunate cancelation, many followers have wondered what happened to the cast, hoping to keep up with their current affairs and well being.

A few of the stars from ‘The Last Alaskans’ keep their followers entertained through personal blogs and social media, but for the better part, most of the families and trappers featured in the show seemingly disappeared off the face of the planet.

Not very surprising considering that most of them live true to the off-grid lifestyle, which means hardly any internet connections or contact with the outside world. However, during the run of the show, one particular family won the hearts of not only the audience, but apparently also the producers.

They are of course none other than the adorable Lewis family. Sadly, at the end of the second season, the Lewis family parted ways with ‘The Last Alaskans’, but it wasn’t because the producers forced them out, nor because the Lewis family wanted to. Rather, circumstances and the rules of the show meant that they could no longer appear on the series; here’s why.

Who Were The Lewis Family?

For those of you who might not exactly remember the Lewis family, despite their unforgettable presence on the show, take a look at the roles they played during their appearances in the first and second seasons. The Lewis family consisted of the father and patriarch Ray Lewis, mother Cindy, and their three daughters, from eldest to youngest, Molly, Emma and Sarah.

Ray originally came from Michigan, but after deciding that he preferred a life in the wilderness, Ray accepted the challenge of living in the Arctic Refuge. Here, he met his future wife Cindy, who lived all her life in Alaska, thus earning her the birthright of living in the Refuge, which of course she now shares with her husband.

All three of their girls were born and raised in the Arctic Refuge, which means they personally hardly know about anything beyond the borders of their homeland.

Regardless, the kindness of the Lewis family easily won over the favour of the viewers, earning them a place in the top spots among the most likable characters and stars of ‘The Last Alaskans’. Even the producers claimed that working with the Lewis family has always been easy, and that they never wanted them to leave the show.

During their time on ‘The Last Alaskans’, the Lewis family can be seen spending a lot of their time building a boathouse, eventually beginning to live more and more on the river.

It became common knowledge that Ray intended to one day take his boathouse out on the wild waters of the surrounding rivers, and eventually the Alaskan seas. During the second season, Ray finished all the needed work on the boathouse, and by the end of that year, decided to sail out further.

Unfortunately, according to the description and rules of the show, ‘The Last Alaskans’ intentionally focused on documenting the lives of the people living within the borders of the Arctic National Wildlife Refuge. As such, because Ray and his family started spending more time outside the refuge, this unfortunately, meant that they could no longer star in the show.

Following their departure, fans began expressing their anger and disappointment about the Lewis family’s absence, but according to the producers, it unfortunately can’t be helped.

As it turned out, it was not only the fans that were upset, but also the producers, who admitted that the show suffered a great loss when the Lewis family decided to part ways with ‘The Last Alaskans’.

Where Are They Now?

Unfortunately, not much information about the Lewis family’s current location and well-being circulate the internet. Neither Ray nor Cindy maintain any social media accounts, and as such, the public and their adoring fans have lost contact with them.

However, according to the producers of the show, they happily reported that Ray and Cindy continue to live contently on their boathouse, along with their youngest daughter, Sarah.

As for the two older daughters, it seems that they have left their parental home in search of their own lives. However, they never forgot the life their father taught them, and continue to make him proud by living the life of Arctic survivors.

According to most reports about Molly and Emma, the eldest is living in Oregon where she works as a wilderness guide, while Emma remains somewhere in Alaska, training sled dogs.

Unfortunately, as of yet, it seems that the die-hard fans of ‘The Last Alaskans’ can only relive old memories from past episodes and seasons by watching reruns.

However, those most dedicated to the show keep their hopes up that one day the series might return, and when it does, that some of the old, familiar, unforgettable characters from before would return with it.

Even if this doesn’t include the Lewis family, it might be worth keeping one’s fingers crossed for the return of ‘The Last Alaskans’.