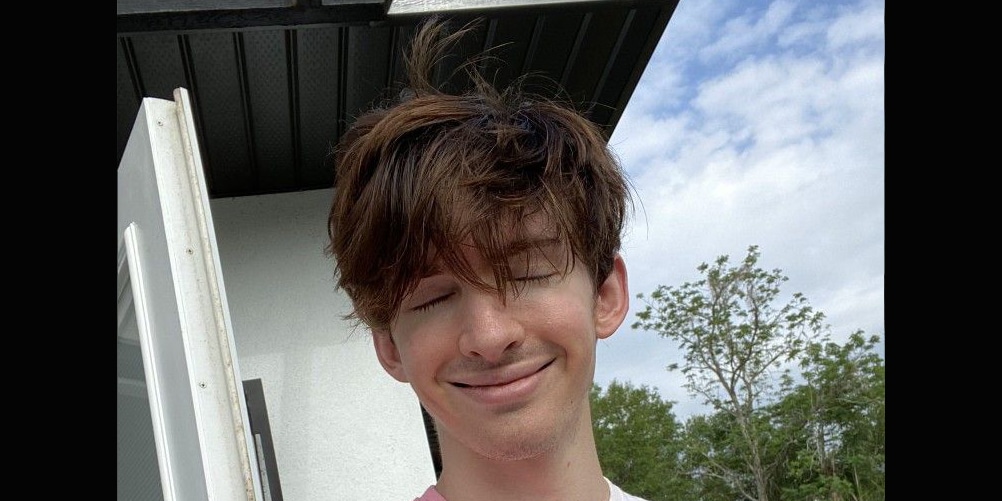 Who is Albert from Flamingo?

Albert Spencer Aretz, known better as Flamingo (also as AlbertsStuff and mrflimflam), was born in New Jersey, USA, on 11 June 1997 – his zodiac sign is Gemini, and he holds American nationality. He’s a YouTuber and a social media star, who’s perhaps known best for his YouTube channel “Flamingo”, which he launched on 6 July 2017. It’s today subscribed to by close to 9.5 million people, and numbers over 6.8 billion views of all his videos combined; Albert’s mostly focused on uploading Roblox videos, while he’s also played numerous other games, including “Resident Evil” and “Fortnite”.

Albert was raised in Florida alongside his brother and their older sister Mary Kathryn Aretz, by their father Ronald, and their mother Nancy. Not a lot is known about Albert’s parents, as he respects their privacy; in 2016, his brother died.

He spent only a couple of years in New Jersey before the family moved to Florida. Albert became interested in video games when he was around seven years old, which was when his parents bought him his first console. He studied at Suncoast Polytechnical High School located in Sarasota, and has revealed that he had only a single friend during his four years there.

Upon matriculating in 2015, he enrolled at college, but soon dropped out, as he wanted to pursue a career on the internet.

Albert’s popular on YouTube for a couple of things – he’s known for the Roblox characters which he’s created, his sense of humor, and for being able to imitate various accents. We’re going to mention three of his most popular videos, which have helped him attract many subscribers.

Albert’s #1 video “This Roblox game ACTUALLY added VOICE CHAT” has been watched over 24 million times, and features Albert as he’s playing a Roblox game which allows its players to use voice chat.

His second most popular video “Using Roblox ADMIN to terrify people at night…” has been viewed more than 22.5 million times, and shows Albert putting scary costumes on his Roblox character, and then scaring people in-game.

His third most watched video “I used ROBLOX ADMIN to MAKE LAVA RISE…” has been seen over 20 million times – the title’s self-explanatory.

Albert’s an Instagram star, as he has amassed close to 950,000 followers on the network, while he has uploaded over 60 pictures, most of which have been taken during his everyday life.

He has revealed a lot about himself in these pictures, including that he often works out and has a muscular body, that he enjoys being in nature, and is a huge lover of animals.

Albert launched his Twitter account in October 2014, and it’s today followed by close to 900,000 people, while he has tweeted more than 8,600 times. He’s mostly using Twitter to advertise his merchandise, and his YouTube channel.

Albert’s Facebook page is followed by close to 2,000 people, and he’s also a TikTok star, having amassed over 1.6 million followers on the network, and close to five million likes of all his five videos combined.

In July 2018, Albert adopted his sister’s cats called Kimmy and Leo; it hasn’t been revealed why, but it’s believed that Mary was moving, and could no longer keep the cats. Albert also has another cat, called Simon.

On 15 January 2019, Albert’s pet Siberian Husky-Pomeranian dog was born. He named it Bedrock ‘Rocky’, after the eponymous Minecraft block of the similar color; it now has its own Instagram account, which is being run by Albert’s girlfriend Kirsten, and is followed by close to 50,000 people. Kirsten’s also uploading pictures of her dog Peach onto the account.

Sometime in the early 2010s, Albert began dating his childhood friend FoxKirsten, whom he met at McDonalds.

She’s a YouTuber, Instagram star and a Twitcher, who’s probably known best for her eponymous YouTube channel, which is today subscribed to by more than 610,000 people. FoxKirsten’s mostly focused on uploading videos which feature her pulling pranks on her friends, doing challenges, and talking about her everyday life.

The two dated on-and-off for over six years, when Albert met the American YouTuber LanasStuff, and began dating her. She’s perhaps known best for her YouTube channel “Lanatheesty”, which is today subscribed to by close to 100,000 people, while Lana’s mostly focused on uploading videos in which she’s helping her fans do their make-up, and teaching them how to take proper care of their skin.

In December 2018, Albert and Lana broke up, and Albert then began dating FoxKirsten once again. The two have collaborated on numerous YouTube videos, and have uploaded many pictures onto their Instagram accounts, featuring them together.

As of July 2021, Albert’s dating FoxKirsten, hasn’t married and doesn’t have children.

Albert loves tasting various cuisines, and his favorite is Italian food. He’s passionate about travelling, and this works well with his interest in food; Albert has been to various US states and a couple of European countries, while his dream travel destination is Venice in Italy.

Summer is his favorite season, as he enjoys swimming in the ocean, showing off his body at the beach, and playing beach sports with his friends.

He’s an avid skateboarder, and his skills can be seen in some of his YouTube videos.

Albert’s interested in music, and plays the guitar; his favorite singer is Justin Bieber.

He’s a bit of a fashionista, and goes shopping for clothes at least once a week.

In his spare time, which is usually late at night, Albert enjoys watching movies starring his favorite actors, Robert De Niro and Leonardo DiCaprio, such as “The Sleepers”, “Catch Me If You Can” and “Shutter Island”.