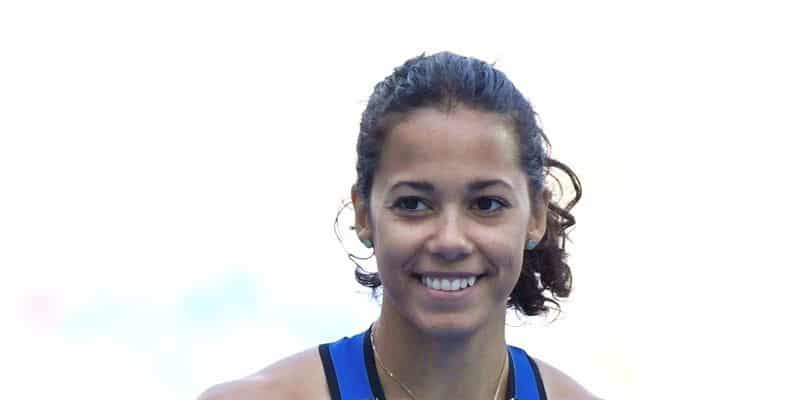 All about Angelica Bengtsson and her family, parents, boyfriend

Who is Angelica Bengtsson?

Angelica Therese Bengtsson was born in Vackelsang, Sweden, on 8 July 1993 – her zodiac sign is Cancer and she holds Swedish nationality. She is a track and field athlete, who gained recognition in 2010 after winning the Summer Youth Olympics pole vault competition held in Singapore.

Angelia was raised in Vackelsang alongside her sister Victoria, by their father Glenn Bengtsson who is a former arm wrestler and a javelin thrower, and their mother Elizete who is a housewife.

Angelica grew up being interested in gymnastics, and began exercising at the age of four.

She dreamed about being a javelin thrower as her father, but soon learned that she was a rather talented pole vaulter, and thus decided to focus on that event. She attended a local high school at which she was physically active, as she practiced gymnastics, ran track and played soccer, while she was also interested in acting, and practiced it with the school’s drama club, appearing in a couple of school plays.

Upon matriculating in 2011, Angelica decided not to pursue a college degree, but to focus on being an athlete.

She launched her full-time career after joining the sports club IFK Faxjo, then switch to the Hasselby Athletic Sports Club.

Angelica entered her first competition – the 2009 International Association of Athletics Federations (IAAF) World Youth Championships in Brixen, Italy – and won the gold medal as a pole vaulter by clearing 4.32m, which was 0.22m more than any other competitor.

She also finished 19th with her 4.25 clearance at the Olympic Games in London, England.

In 2014, she ranked 5th with her 4.45m clearance at the European Championships in Zurich, Switzerland.

Angelica has appeared in various sports-related TV shows in Sweden, but attracted attention by only one appearance in 2017 when she competed in a single episode of the game-show “Time Out”, hosted by Martin Timell, Annika Andersson and Mans Moller. Each episode of the show features three sports stars as they test their knowledge in sports – Angelica finished second best.

Angelica is more or less secretive when it comes to her love life, but it’s known that she has been in several relationships with sportsmen.

In 2012 aged 19, Angelica dated a mysterious boy – the only thing known about him is that he competed in the hammer throw discipline, one of four throwing track and field competitions. Angelica revealed that the two were dating by writing about it on her Twitter account.

The Swedish website and magazine “Expressen” published a 2015 interview with Angelica in which she talked about her relationship with Andreas Almgren, a Swedish track and field runner who might be known best for his bronze medal won at the World Junior Championships’ 800m event.

However, Angelica and Almgren dated for only a week before they learned that it would be better if they stayed friends.

As of January 2021, Angelica is single, hasn’t married and doesn’t have children.

Angelica enjoys working out, and has five to six training sessions at the gym each week while she also often goes running in a park close to her home. She doesn’t work out alone, as she has a personal trainer who tells her what to do and how to do it.

She likes to encourage other people to exercise and chase their dreams, which is why she has launched her Instagram account. Angelica is followed by more than 70,000 people, and has uploaded around 650 pictures and videos, most of which have been taken during her training sessions and her competitions.

Angelica’s main hobby is travelling, and her career as a pole vaulter has made it possible for her to travel all around the world, while her current dream is to visit Antarctica one day.

In her spare time, she enjoys watching sports movies based on true stories, such as “Raging Bull” about the former middleweight champion Jake LaMotta, and “Hoosiers” which follows Gene Hackman portraying Norman Dale, the man who led the Milan High School’s basketball team to win against the city’s best club.