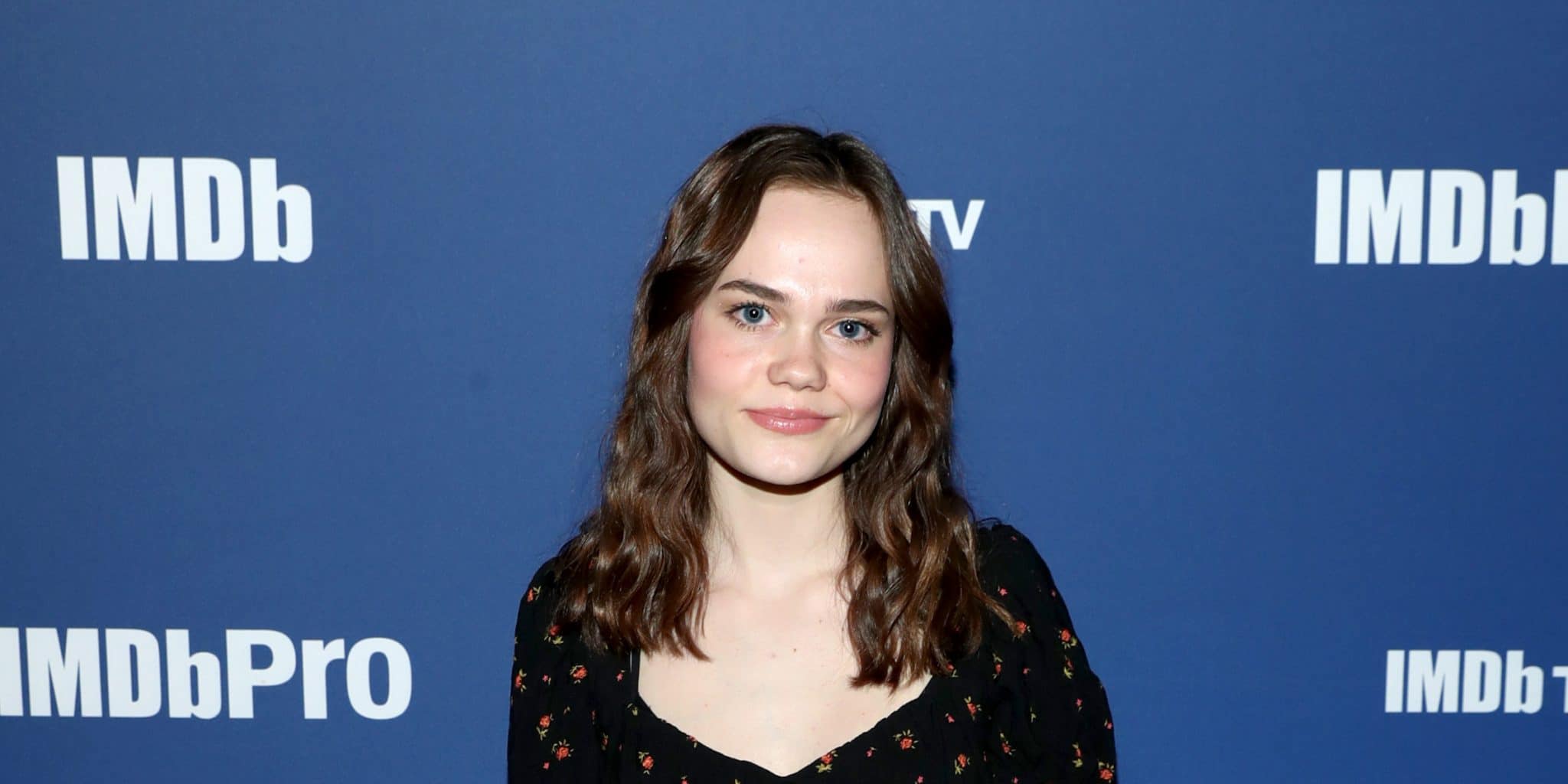 Who is Oona Laurence?

Oona Laurence was born in New York City, USA on 1 August 2002 – her zodiac sign is Leo, and she holds American nationality. She’s an actress, who’s perhaps known best for her portrayal of Amy, in the 2017 war thriller movie “The Beguiled”, written and directed by Sofia Coppola, and which starred Nicole Kidman, Kirsten Dunst and Elle Fanning. The film follows a Union soldier who has arrived at a Virginia girls school right after the American Civil War, and the movie won five of the 34 awards for which it was nominated.

Oona’s being raised alongside her sisters Aimee and Jete in New York City by their parents, about whom nothing’s known, as the girls respect their privacy.

Oona became interested in acting at a very early age, as she would often watch movies and TV series with her family, while they would also occasionally go to plays at a local theatre. She was only seven years old when she made her debut film appearance, in the 2009 short family movie “Days Dance”, and Oona then appeared in various regional theatre productions. She made her debut TV series appearance in 2011, with her portrayal of Young Phyllis in an episode of the documentary drama “Celebrity Ghost Stories”, and the following year saw her make her Broadway debut, with her portrayal of the title role of Matilda in the eponymous musical.

Oona continued acting throughout her education, but upon matriculating in 2020, she still enrolled at the University of Texas at Arlington, which she’s currently attending.

Oona has appeared in around seven TV series, and more than 20 movies.

In 2012, she played Spiteful Mean Girl #4, in the episode “Looking for Li/Lilly Changes” of the critically acclaimed comedy “Louie”, created by Louis C. K., who also starred in it alongside Hadley Delany and Ursula Parker. The series aired from 2010 to 2015 and follows the life of a divorced comedian from New York City – it won 20 awards, including three Primetime Emmys, while it was nominated for 87 other awards. The following years saw Oona make a guest appearance in an episode of a couple of series, such as the mystery crime drama “Law & Order: Special Victims Unit” in 2014, the crime comedy “Orange Is the New Black” in 2015, and the comedy “Understudies” in 2015 as well. In 2016, she played Maya Ahmadi, in the episode “Swift Hardhearted Stone” of the action crime drama “Blindspot”.

Since 2018, Oona has been voicing the lead character Hedgehog, as well as various other characters, in the short animated adventure “Summer Camp Island”. It was created by Julia Pott, who’s also starring in it alongside Oona and Elliott Smith, and the series follows two best friends who have gone to a mysterious camp.

At the beginning of her career, Oona was mostly focused on starring in short films, such as “Wet Cement”, “Esther” and “Penny Dreadful” – her first appearance in a feature film was in the 2013 drama “Correcting. Perplexing. Patrick”.

She gained recognition in 2015, with her portrayal of Daisy in the drama “I Smile Back”; it starred Sarah Silverman, Josh Charles and Skylar Gaertner, and follows a married woman with two children, who has become addicted to drugs and alcohol; the film won one of the eight awards for which it was nominated.

Oona was then cast to play supporting characters in a number of movies, including in the drama “Lamb”, another drama “The Grief of Others”, and the action sports drama “Southpaw”, all released in 2015.

It follows the lives of a teenager and his best friend, and the movie was nominated for a 2019 Sundance Film Festival Grand Jury Prize – Dramatic.

Oona’s three most recent roles in movies have all been in 2020, in the mystery thriller drama “Lost Girls”, the thriller “What We Found”, and the family fantasy comedy “A Babysitter’s Guide to Monster Hunting”.

She has been featured in a number of documentaries, such as the 2013 “The 67th Annual Tony Awards”, the 2015 short video “Southpaw: Inside the Ring”, and the 2017 short video “The Beguiled: A Shift in Perspective”.

Oona has been credited with singing the song “Summer Camp Island”, in 16 episodes of the eponymous series in 2018.

She has made a guest appearance in various talk-shows, including “Good Morning America” and “Made in Hollywood”.

Oona has won two of the six awards for which she has been nominated: she won a 2017 Young Artist Award for Best Performance in a Feature Film – Leading Teen Actress, for “Pete’s Dragon”, and a 2017 International Online Cinema Halfway Award for Best Ensemble Cast, for her performance in the movie “The Beguiled” (shared with colleagues).

Some of the other awards she has been nominated for include a 2015 Washington DC Area Film Critics Association Award, a 2016 Young Entertainer Award, and a 2018 Faro Island Film Festival Golden Carp Film Award – International.

Oona’s amongst the most secretive of actresses, and hasn’t spoken of having dated any boys (or girls), as she prefers to keep the details of her love life to herself. This is mostly why there are rumors circulating the internet concerning her current relationship status, and her sexual orientation.

Some of her fans believe her to be a lesbian, mostly because of the pictures she has uploaded onto her Instagram account. Oona has cut her hair a bit shorter than usual, and nowadays only features her female friends in her pictures; one of her fans has claimed that one of these girls is perhaps her girlfriend, but this hasn’t been confirmed.

There are also those who believe that Oona’s today dating her high school sweetheart, and that she prefers to keep him away from the media’s attention; this hasn’t been confirmed either.

Oona’s passionate about photography, and many pictures taken by her can be found uploaded onto her Instagram account. She’s also into travelling, and has been to various US states, mostly because of acting, and has taken many pictures during these travels.

Oona’s an animal lover, with cats and horses being her favorites. She’s a supporter of the organization People for the Ethical Treatment of Animals (PETA).

She’s a fashionista, and enjoys going shopping for clothes with her friends.

In her spare time, Oona likes to watch movies starring her favorite actor and actress, Matt Damon and Scarlett Johansson, such as “Good Will Hunting”, “Saving Private Ryan” and “Lost in Translation”.

She’s physically highly active, and occasionally goes kayaking, cycling and to play tennis with her friends.

Oona loves being close to the ocean, which is why summer’s her favorite season; she also likes to sun tan at the beach, and to play beach volleyball.