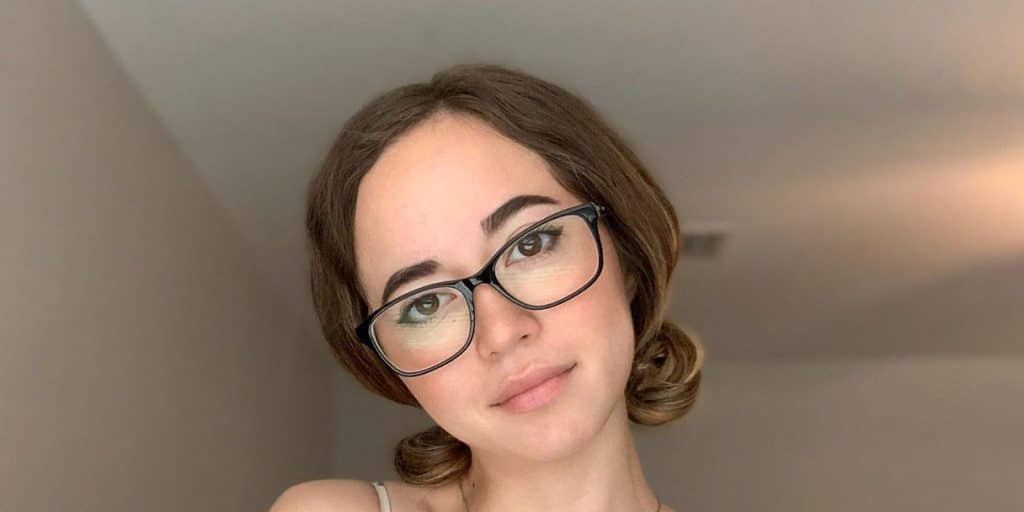 Do you know Maya Higa?

With the internet at play, you never know where you could find fame. This was certainly Maya Higa’s story, because her rise to fame came from an unexpected source, and she has since become quite successful, even raising donations and organising charities through her platform. So who is Maya Higa?

Maya Higa was born on 24 May 1998 under the Gemini sun sign, in Hilo, Hawaii, USA. She has a mixed ethnic background, but her nationality is American. Maya was raised in a Christian home, though not much has been revealed about her parents’ identity or occupation. She grew up in Hawaii along with her sister, Erica Higa, and a brother whose name is still not known. She is not the only ‘Higa’ to be famous, seeing that she is related to popular YouTube comedian and actor, Ryan Higa.

Her Education and Career

Maya has not spoken about where she attended high school, but there are unconfirmed reports that she is well-educated, and enrolled into California Polytechnic State University. Before she started creating content on ‘Twitch’, another social media platform, she was into modelling which she started at the age of 13, involved in a few modelling gigs and consistently grew her fan base through it. She heard about Twitch in 2019, and created an account to be able to comment under her friends’ live streams. Maya was then encouraged to join the platform to showcase part of her bubbly personality and powerful vocals, as she’d been doing on Instagram.

Maya stated in an interview that she thought it was a joke that “blew up”, and so she began live-streaming about animals, interacting with her fans and singing. The now internet sensation has an avid interest in animal care, and has a horse. She also works part-time at a zoo, and is interested in being a falcon expert. Initially, there weren’t many fans viewing her videos until she posted about Bean, a hawk that she had cared for after it had sustained an injury. The clip attracted over 250,000 views, and catapulted her status on Twitch.

She described the overnight success as distressing for her, stating that she contemplated deleting the channel because she was overwhelmed, and worried that she would one day be called out for what she said or did.

A particular Reddit account with more than 500,000 followers continuously put up clips about her, especially her most viewed clip to date in whoich she was munching on cereal, which amassed almost 500,000 views. Maya credits Reddit for much of the support she’s received, though some critics don’t like seeing many of her posts on the site.

Her unique content and her obvious inexperience on Twitch maybe some of the things which have endeared her to many. Several weeks later, her posts had garnered many viewers who watch her singing, rating other content, or talking to her parrot

In a discussion she had with Newsweek, Maya said she hoped that her platform could meet others’ needs, and intended to donate her earnings from one of her birthday streams to a homeless facility that distributes relief materials to displaced people in the area of Obispo County.

The Twitch celebrity also talked about the urgent financial needs of the ‘5 Cities Homeless Coalition’, the charity organisation she’s belonged to since her early years in college. Almost $40,000 was raised for the cause by over 500 people, and she would later remark that Twitch was another channel for doing good, saying that a lot of people are inclined towards helping, and if an avenue is created for that, people would respond.

She is rumoured to be in a relationship with fellow Twitch streamer, Matthew Rinaudo, known by the name Mizkif. He was able to amass about 190,000 fans within 11 months by sharing content centred on games and his daily activities. He reached out to Maya after a clip she put up on which she couldn’t assemble a computer.

They became friends with Maya even travelling solo for the first time, to Texas where he lives. This fuelled more rumours about the pair dating, especially since they started making videos from Mizkif’s apartment.

Maya has denied being romantically involved with him stating that they only like each other, laughing off his comment about them possibly getting wed in the near future, saying that he was just trolling. Only time will reveal the true nature of their “friendship”.

Maya was involved in a controversy surrounding another Twitch streamer named Pokimane. The decision was to put a cap on donations through the platform, which Maya felt was sad and “kind of stupid” because it seemed like protecting people from giving from their earnings.

Her response was met with mixed reviews, since she has also received quite a large number of donations from people. A source claims that she was also banned as a result of her decision to create an ‘Only fans’ account, but this is still unconfirmed.

She has also raised awareness and support for ‘The American Eagle Foundation’ and ‘Wildlife Warriors Worldwide’. She identifies as a conservationist, and loves to draw attention to endangered species. Maya was able to raise almost $3,000 to support the American Eagle Foundation in their fight against the reduction of the vulture population globally.

As an Instagram model, she has worked with NAU Drinks, and several other businesses.

When the starlet isn’t entertaining her followers online, she loves to ride her horse, and play with her pet cats and dogs.

As for her toned body, her work out routine incorporates Pilates as well as Yoga which she does for about an hour before adding another hour of intense fitness exercises all done very early in the morning.

Her skin which is one of her money-making assets is maintained through staying hydrated, eating fruits and vegetables, and avoiding junk food, bread, alcohol and red meat. She also ensures that she has the last meal of the day before seven in the evening.

Aside from singing, Maya also plays the guitar, draws, and has 10 years experience as a ballerina.

Maya’s stunning features enabled her to have a successful career modelling both online and with huge brands. She stands at a height of 5ft 4ins (1.63m), weighs 105lbs (48kgs) and is said to wear a UK shoe size 5. Her brown eyes and long dark brown hair are some of the features her fans love to see on her live stream. Her beautiful skin is inked with three tattoos which were inspired by her mum.

As of 2020, her net worth was estimated to be close to $500,000, largely accumulated from deals she has with brands. Though her income is still largely speculated, and in any case contributes a lot to charities, Maya still enjoys a lavish lifestyle, and is happy to show it off to her fans.

Maya is very active on several social media platforms, most especially Twitch on which she first gained popularity through her account @maya, and has continued to entertain her over 270,000 followers. She debuted on her YouTube channel of the same name on 11 January 2020, and has steadily entertained her subscribers with similar content which has led to a growth of about 57,000 followers. With over 400,000 views, “CallMeCarson donated $5000 to my charity stream (ylyl)” is still her most viewed YouTube video.

Her Instagram handle is @maya_higa, on which she models for her over 100,000 followers, and shares posts about animals. Maya’s Twitter account is @mayahiga6, on which she loves to pen down her personal opinions on various happenings in the society.