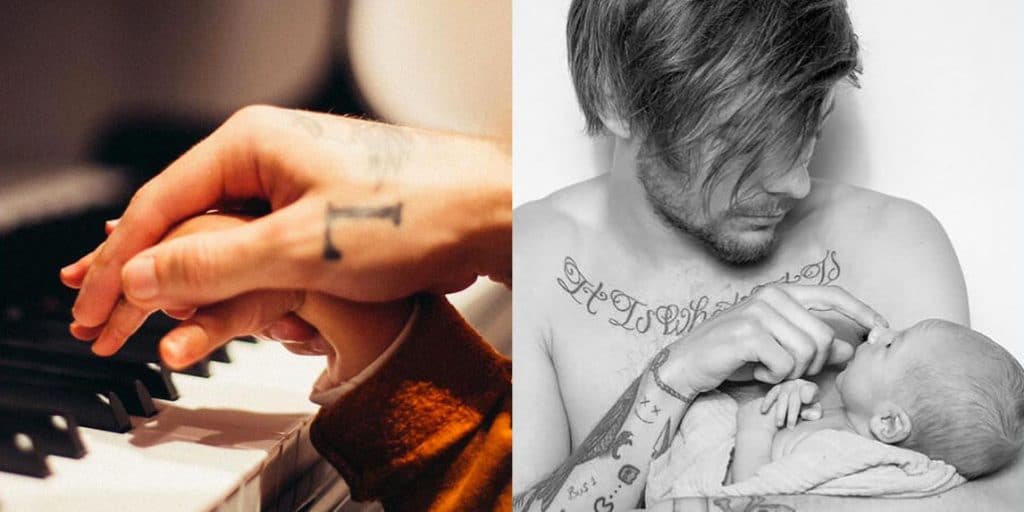 Bear Grey Payne is a celebrity kid child, the only son of Cheryl Cole, a popular singer and member of Girls Aloud Band, and Liam Payne who is a member of One Direction boy band.

Bear Grey was born under the Aries zodiac sign on 22 March 2017, in Chelsea, London England, which makes him four years old as of 2021. His parents split a year after he was conceived and as of today, Grey is being raised by his mother in London – he gets to visit his father frequently.

Liam revealed during an interview with “Good Morning America” that Grey has started attending school, however, he didn’t reveal which one.

Bear is very young and has not chosen his career path. However, he’s present on several social media platforms including Instagram, although of course his parents manage the account for him.

Bear’s parents met in 2008, when Liam was aged 15 and auditioning for “The X Factor” with his “Fly Me to the Moon” rendition, and Cheryl was a judge then. The duo stayed together for some time before the news of their relationship began spreading in 2016, after which Liam made a few changes to his Instagram page and uploaded a photo of himself with Cheryl, and since then the duo has shared many photos on their social media handles.

Although the couple had decided to keep the fact that they were expecting a baby under wraps, Cheryl announced to her close friends and family that she was expecting a boy in November 2016.

The couple welcomed their son in 2017 at Chelsea and Westminster Hospital – he weighed around 8lbs, under 4kgs at the time of birth. Liam posted a photo of himself holding his son on his Instagram page, and announced to his followers that Bear had been born. Cheryl and Liam kept their baby’s life away from the public eye at first, but later started posting his photos on their social media pages. In June 2017, Bear’s father posted a photo of himself and his son wearing matching shoes on his Instagram page, and later on shared another photo on his birthday, and captioned it ‘Best Birthday Ever’

Bear’s name became the subject of controversy and internet jokes amongst his parents’ fans, who found it odd and unusual. However, his parents cleared the air when they explained that they had selected the name (that was first given by the kid’s midwife) because it was very unique. During an interview, they revealed that the name ‘Bear’ was hard to forget, and added that they had a lot of arguments before they had agreed on the name; they’ve already nicknamed him ‘Cub.’

After close to two and a half years of togetherness, Liam and Cheryl announced that they were parting ways, but that they would remain close for the sake of their son, and would raise him collectively.

Liam stated during an interview that he was ending his relationship with Cheryl because he was unable to handle his career affairs, and be a perfect father at the same time. When the duo separated, Liam often took his son with him on most of his tours, but after a year it became tedious for him. Liam discredited the rumor that had begun spreading that he was fighting with Cheryl for their son’s custody, adding that he thought it was fair that his son stayed with his mother, as he was still very young and needed his mother more than he needed him.

Bear is British, he’s about 3ft 3ins (1.0m) tall and weighs approximately 38lbs (17kg). He has brown eyes and short brown hair. Grey’s shoe size and other body measurements are not yet available, but change constantly.

Bear is still a child and has not yet begun to earn a living. However, he’s obviously supported by his parents’ net worth – his father is authoritatively worth close to an estimated $60 million, whereas his mother is reputedly worth close to $40 million, from her multiple careers as a TV actress, dancer and a singer.

Who Are Bear Grey Payne’s parents, Liam and Cheryl?

Liam James Payne was born under the Virgo zodiac sign on 29 August 1993, in Heath Town, West Midlands, and holds British nationality. He was raised together with his sisters Nicola and Ruth by their mother Karen Payne, who earned a living as a nurse, and Geoff Payne who worked as a fitter.

As he was growing up, Liam had health problems; one of his kidneys wasn’t functioning properly, and when he was four, he had receive 16 injections every morning; luckily, Liam recovered fully. He was very physically active and took interest in sports, specifically cross country – when he was in high school he was a talented runner who once came in as England’s third-best runner. The famed artist also practiced boxing as he was growing up. He attended St Peter’s Collegiate School before matriculating to the City of Wolverhampton College.

Liam went for his first music competition, “The X factor” in 2008, but was advised by Simon Cowell to try auditioning again after two years. Later on, he (Simon) helped Liam, Louis Tomlinson, Zayn Malik, Harry Styles, and Niall Horan to create the band One Direction, after which he signed it to his agency.

The band released their first song entitled “What Makes You Beautiful” in 2011, followed by their debut album “Up All Night”, and their second “Take Me Home” in 2012.

In 2016, Liam began his solo career, and released his debut single entitled “Strip That Down,” co-written by Ed Sheeran and Steven Mac, after signing a contract with the renowned Republic Records. He released his first album “LP1” in 2019.

Payne is a philanthropist, a supporter of the Comic Relief charity. He also supported the CLIC Sargent charity organization, and is known for being Trekstock’s ambassador. He walked a peaceful protest in London in support of the Black Lives Matter movement.

Cheryl Ann Tweedy was born under the Cancer zodiac sign on 30 June 1983, in North East England, to Gary Tweedy and his wife Joan Callaghan, who raised her together with her brother and three half-siblings. She is 28 years old as of 2021. Cheryl’s parents separated when she was around 11 years old.

The famous singer began her career in 2002, and has created a name for herself in the entertainment industry. She joined  “Popstars: The Rivals” music show and won, alongside another four girls, and they later founded their “Girls Aloud” band together; their debut album was entitled “Sounds of the Underground”, released in 2003. Her first solo album was “3 Words,” released in 2009. She has since released several other albums including “Only Human.”

Cheryl has been wedded twice. She began dating Ashley Cole, a Chelsea soccer player in 2004, and they married in 2006. However, they divorced in 2010, and she married Jean Versini four years later, after dating him for just three months. Unsurprisingly, they ended their marriage in 2016.