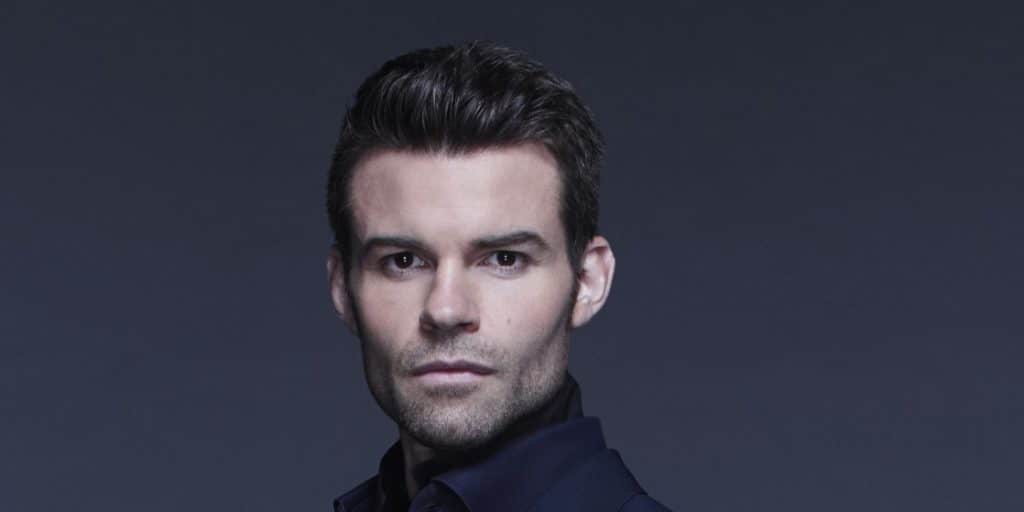 Daniel Gillies was born in Winnipeg, Manitoba, Canada, on 14 March 1976 – his zodiac sign is Pisces, he holds New Zealand and Canadian nationality, and has Caucasian ethnicity. He’s an actor, perhaps known best for his performances in the TV series “Vampire Diaries” and its spin-off “The Originals”.

Daniel’s parents are both from New Zealand. He spent his early years in Winnipeg, until he was five years old, and his parents moved back to their home country, first living in Invercargill, but later moving to Hamilton. His family has a strong medical background, as his father worked as a pediatrician, his mother was a nurse, and his great-great-great-grandfather Sir Harold Gillies, was one of the pioneers of cosmetic surgery.

Despite this, Daniel didn’t feel as if the medical profession was right for him, and was interested in becoming an actor instead. In 1998, he graduated from Unitec School of Performing Arts in Auckland with a degree in theater. Three years later, he moved to Sydney, Australia to look for acting opportunities, but soon returned to Canada, where he worked in low-paid jobs for about two months before moving to Los Angeles, California.

Daniel made his acting debut in 1998, in the war drama “A Soldier’s Sweetheart”, directed by Thomas Michael Donnely. In 2001, he had a minor role in the horror thriller “No One Can Hear You”.

Three years later, he appeared alongside Tobey McGuire and James Franco in the Oscar-winning superhero film “Spiderman 2”, directed by Sam Raimi, a sequel to the 2002 “Spiderman”, which follows the main character Peter Parker, as he tries to balance his personal life with that of a superhero. This was the first blockbuster movie Daniel starred in, and many consider this role to be his breakthrough. Also in 2004, he appeared in the hit comedy “Bride and Prejudice”, directed by Gurinder Chadha, and based on the novel by Jane Austen.

In 2006, he played one of the leads in the critically acclaimed drama “The Sensation of Sight”, which follows a man going through a mid-life crisis and looking for the meaning of life.

It also starred Daniel’s future “Vampire Dairies” co-star Ian Somerhalder, in one of the main roles.

Daniel had another major role in the 2007 crime horror “Captivity”, directed by Roland Joffe, and which also starred Elishia Cuthbert and Pruitt Taylor Vince. In the following years, he was more focused on filming TV series, but still made appearances in several movies, such as “Uncross the Stars”, “Broken Kingdom” and “The Lost Wife of Robert Durst”.

In 2020, Daniel played the role of Wing Commander Hayes, in the Australian sci-fi action “Occupation: Rainfall”, written and directed by Luke Spade, and in early 2021, we saw him play the leading role in the thriller “Coming Home in the Dark”.

Daniel made his TV series debut in 1999, when he appeared in an episode of the New Zealand fantasy drama “Young Hercules”. In 2000 and 2001, he played his first major series role in two seasons of the crime drama “Street Legal”, following the lives of the law firm partners.

His first role in an American series was in the 2002 action drama “Jeremiah”, and in 2005 he appeared in two episodes of the historical mini-series “Into the West”. In 2010, Daniel made appearances in popular TV series “The Glades”, “True Blood” and “NCIS: Los Angeles”.

From 2010 to 2014, he played in the teenage supernatural drama “The Vampire Diaries”, created by Kevin Williamson and Julie Plec, based on the eponymous novel by L. J. Smith, and which starred Ian Somerhalder and Nina Dobrev.

The series follows the life of the teenage girl Elena Gilert, as she falls in love with a 162 year-old vampire; it aired on CW from 2009 to 2017, and was the network’s most successful show, before being surpassed by “Arrow”. Daniel played the role of Elijah Mikaelson, the antagonist of season two, who eventually joined Elena’s side. He reprised his role in the “Vampire Diaries” spin-off “The Originals”, which aired from 2013 to 2018 – Daniel’s character is one of the leads in the series, and is revealed to be one of the first vampires to ever exist.

The most recent TV series role for Daniel was in the 2019 romantic drama “Virgin River”, created by Sue Tenney, and which is also starring Alexandra Beckenridge, Martin Henderson and Colin Lawrence.

Daniel married the American actress Rachael Leigh Cook on 8 August 2004, after having dated for three years. In September 2013, they welcomed their daughter Charlotte into the world, and then in April 2015, Rachael gave birth to their son Theodore. After that, they decided that they didn’t want to have more children, and Daniel revealed in an interview from 2017, that he had undergone a vasectomy, voicing his concerns about his age and energy levels had the third child been brought into the family.

Daniel and Rachael made an announcement on Instagram on 13 June 2019, in which they revealed that they had mutually decided to separate, and on 10 July 2020, Daniel officially filed for a divorce. They said that they wanted to keep the divorce process as private as possible, for the sake of their kids. It was finalized in March 2021

Many attribute the cause of their separation to them both focusing on their kids and personal careers, instead of on each other. Although their marriage came to an end, the two are still on good terms, and are making their best effort to raise their children together.

Daniel is currently dating the actress and cellist Julia Misaki, revealed in an Instagram post from February 2021. In the meantime, Rachel has also revealed that she was dating someone, saying ‘I met someone really nice, and I adore him. He’s fantastic.’, but hasn’t disclosed his identity to the public.

Daniel loves to travel, and has been to many countries over the course of the years. He noted that he particularly liked Italy and Japan, and that they had the best food that he’s ever tried.

He loves watching western moves, with some of his favorites being “The Good, the Bad, and the Ugly”, “For a Fistful of Dollars”, and also “The Bridge on the River Kwai”, while he has also thoroughly enjoyed playing the western-themed video game “Red Dead Redemption 2”.

Although he noted that he didn’t like living in New Zealand as a child because of the frequent rains, he has said that he is proud of his ‘Kiwi’ descent, and that people are always nice to him when he travels and mentions that he’s from New Zealand.