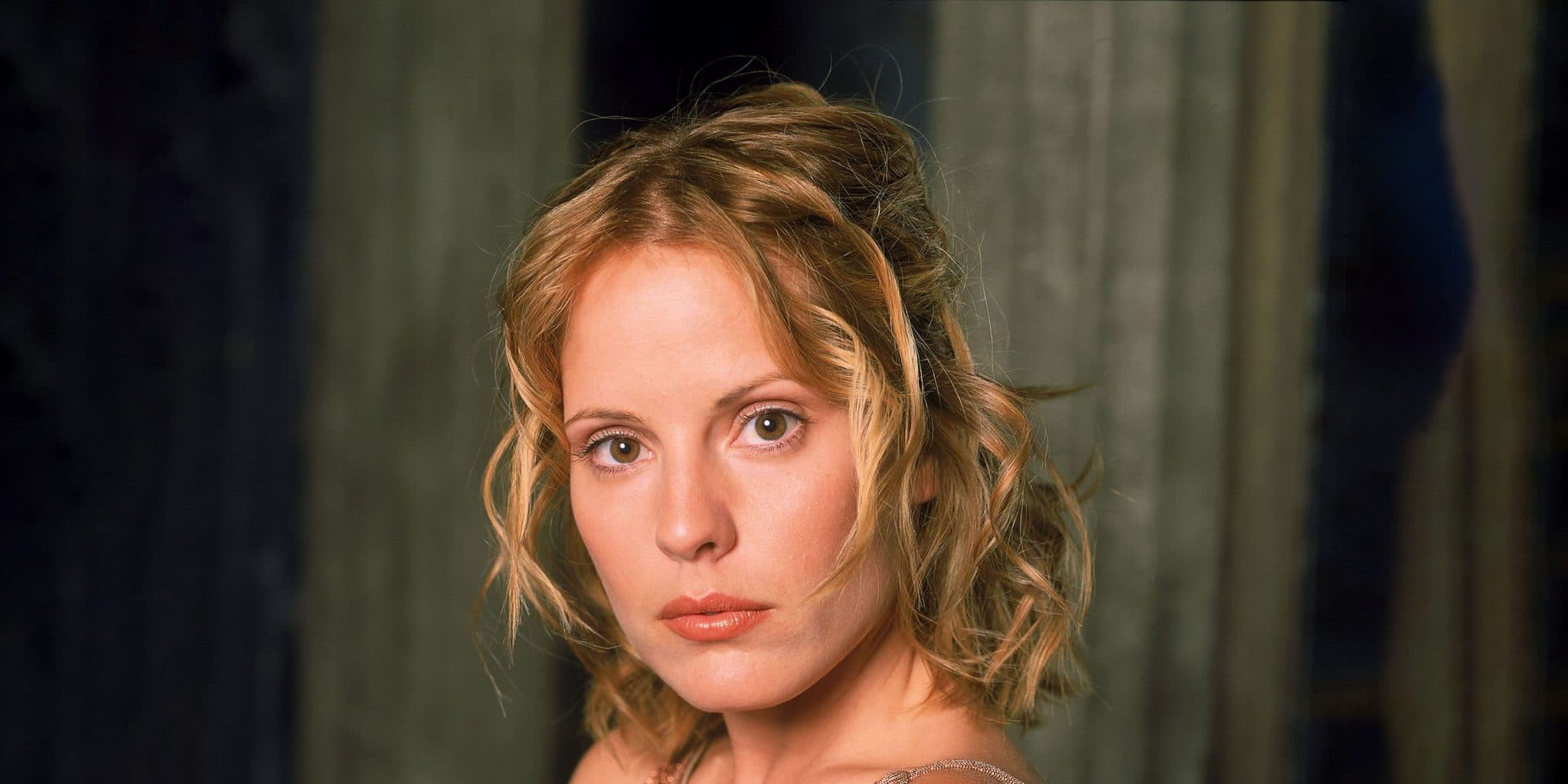 Who is Emma Caulfield?

Emma Caulfield Ford was born as Emma M. Chukker in San Diego, California USA on 8 April 1973 – her zodiac sign is Aries, she holds American nationality, and is of Portuguese, British, German and Luxembourgian descent. She is an actress who is probably still known best for her portrayal of Anya Jenkins in the action fantasy series “Buffy the Vampire Slayer”, created by Joss Whedon and which starred Sarah Michelle Gellar, Nicholas Brendon and Alyson Hannigan. It follows a young woman and her friends as they kill vampires and other evil creatures. The series aired from 1997 to 2003 and won 52 awards, while it was nominated for 133 others including a Golden Globe.

Emma was raised an only child in San Diego, by her father Rodney Chukker and her mother Denise who was a professional singer. Emma is very close to her family, and they were supportive of her career while she was still working her way up.

Emma became interested in acting while attending high school, and practiced her acting skills at both the Old Globe Theatre and the La Jolla Playhouse, the former at which she won an Excellence in Theatre Arts Award. She then travelled to London to attend The American School, also known as TASIS, all happening before Emma matriculated from high school in 1991.

She went on to attend San Francisco State University, from which she graduated with a Bachelor of Arts degree in 1994.

Emma made her debut TV series appearance in the 1994 episode “Who Killed the Beauty Queen” of the mystery crime drama “Burke’s Law”, and the following years saw her appear in single episodes of various series, such as the family comedy “Saved by the Bell: The New Class”, the action adventure crime “Renegade”, and the science fiction fantasy comedy “Weird Science”.

Her first notable performance was in the romantic drama “Beverly Hills, 90210”, which starred Jason Priestley, Shannen Doherty and Luke Perry, and follows a group of teenagers growing up in Beverly Hills, California. It aired from 1990 to 2000, while Emma portrayed Susan Keats in 30 episodes in 1995 and 1996.

Around the same time, she appeared as Lorraine Miller in 39 episodes of the romantic crime drama “General Hospital”, which has been airing since 1963, counts over 6,600 episodes and has won 295 awards, while being nominated for 620 others.

Emma went back to appearing in single episodes of various series, as well as in 2006 making her debut voicing performance, lending her voice to three characters in three episodes of the animated adventure comedy “Robot Chicken”. The year 2010 saw her play Emma Bradshaw, one of the lead characters in the drama “Life Unexpected”, which also starred Shiri Appleby and Kristoffer Polaha, and follows Lux who meets her biological parents after spending 15 years in foster homes. In the same year, she played Sasha in the family drama “Gigantic”, as well as Emma in the comedy “Bandwagon: The Series”.

Between 2012 and 2016, Emma portrayed the supporting character Blind Witch in seven episodes of the critically acclaimed romantic adventure fantasy “Once Upon a Time”, and she then voiced one of the lead characters, Nurse Misty Windham in the animated short-lived fantasy comedy “Fantasy Hospital”.

Three of Emma’s most recent roles in TV series have been in the 2017 episode “TEOTWAWKI” of the science fiction horror drama “Fear the Walking Dead”, a single 2020 episode of the crime drama “Interrogation”, and three 2021 episodes of the action comedy mini-series “WandaVision”.

Emma made her debut film appearance in 2002, when she portrayed Heidi in the comedy drama “Chance”, however, her scenes were deleted.

She gained recognition in the following year portraying Caitlin, one of the lead characters in the fantasy mystery horror “Darkness Falls” which starred Chaney Kley and Antony Burrows, and follows a spirit who pretends to be The Tooth Fairy, having her revenge on those who lynched her around 150 years prior.

Some of her following roles were in the 2006 mystery thriller “In Her Mother’s Footsteps”, the 2007 romantic fantasy comedy “A Valentine Carol”, and the 2009 comedy “Why Am I Doing This?” Also in 2009, Emma starred as Oona O’Leary in the romantic comedy “Timer”, written and directed by Jac Schaeffer, and which also starred Scott Holroyd and Kali Rocha. It follows a clock counting down to the moment when the lead character will meet her soulmate.

Emma has four producing credits – in 2004 she co-produced the documentary film “Bandwagon” and in 2010 15 episodes of the series “Bandwagon: The Series”. In 2013, she served as the executive producer of the short film “Don’t Panic It’s Organic”, and in 2015 produced another short movie “Stray”.

Emma performed the song “I’ll Be Mrs.” in the episode “Selfless” of the series “Buffy the Vampire Slayer” and sang four songs in its episode “Once More, with Feeling”. She also sang “Stardust” in the film “Bandwagon”.

Emma has appeared in several TV special documentaries, such as the “Buffy’s Back – The E! Original Special”, “TV’s Most Memorable Weddings” and “The Making of ‘Darkness Falls’”. She’s also appeared in a couple of talk-shows – “The Test”, “Howard Stern” and “Total Request Live”.

Emma has been nominated for six awards, winning four. In 2003, she won a Cinescape Genre Face of the Future Award for Female for “Darkness Falls”, and was nominated for a Golden Satellite Award for Best Actress in a Supporting Role in a Series, Drama for “Buffy the Vampire Slayer”. In 2007, she won both an Audience Award at the Sydney Film Festival for Best Performance by an Actress in a Leading Role, and a Jury Award at Beverly Hills Film Festival for Best Actress – Short Film for her performance in “Hollow”.

Emma has been married twice. She exchanged vows with her first husband, Cornelius Grobbelaar on 23 August 2006, in front of their closest friends and family members after a couple of years of dating. Cornelius is a non-celebrity man who stayed away from the media’s attention, thus nothing about him is known. He and Emma divorced in 2010 for unknown reasons.

On 13 June 2015, Emma married Mark Leslie Ford, a popular actor and film producer, known best for his portrayal of Art Basel Staffer in the 2019 mystery horror thriller “Velvet Buzzsaw”. On 10 July 2016, Emma gave birth to their daughter Knightley Lake Ford, and the family of three seems to be leading a happy life together.

Emma hasn’t talked about any other men she might have dated, so as of February 2021 she is married to her second husband Mark Leslie Ford, and has one daughter.

Emma has done a bit of modelling and has always considered it her hobby rather than a job. In 2002, the magazine “FHM” ranked her #86 on their list of world’s sexiest woman, while Emma ranked #98 the following year.

She is a huge fan of science fiction movies and books, and stated during an interview that her manager is horrified about it. She has attended numerous science fiction conventions.

Emma is a cat-lover, and has two Abyssinian pet cats called Brian Dennehy and Bjorn.

She has her own favorite actors and actresses, some of whom are Ian McKellen, Keanu Reeves and Sigourney Weaver, and a couple of her favorite movies are the trilogies “Matrix” and “The Lord of the Rings”, as well as the franchise “Harry Potter”.