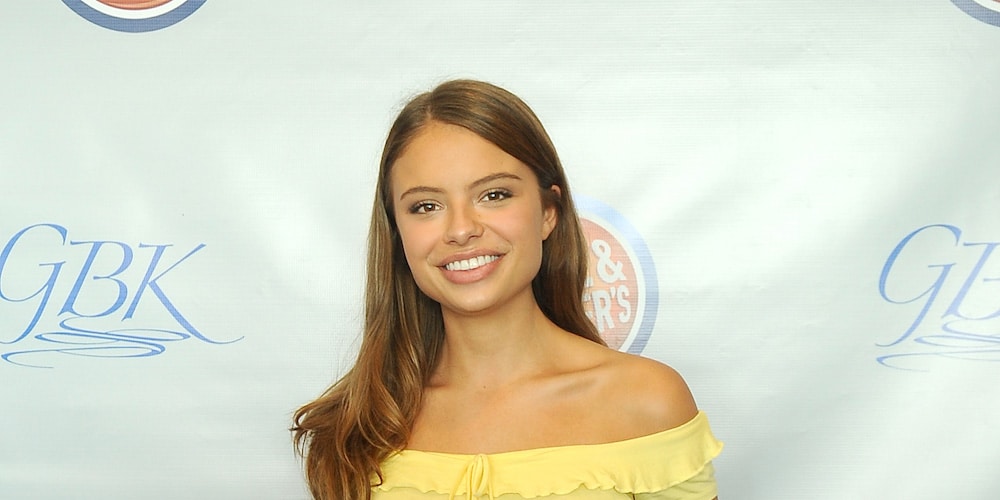 Who is Hannah Kepple?

Hannah Kepple is an aspiring American actress who has achieved stardom with the role of Moon in the new take on the popular “Karate Kid” franchise, “Cobra Kai” series from 2018 to 2021. She’s also played Emily in the TV series “Tell Me Your Secrets” (2021).

Hannah Kepple Wiki: How Old is She? Childhood, and Education

Hanna Elizabeth Kepple was born on 20 November 2000 under the Scorpio zodiac sign, in Brevard, North Carolina USA, to Rich Kepple and his wife Julie. She grew up in Asheville, North Carolina alongside her younger siblings, brother Ben Kepple, and sister Ella Kepple.

When she was 10 years old, Hannah and her mother went to Asheville Community Theatre and she became its newest member. Soon after, Hannah had her first touch with acting, as she appeared in the junior production of “Annie”. She continued to scale up her portfolio and acted in the play “The Wizard of Oz” in the lead role of Dorothy, performed at Flat Rock Playhouse.

As she got older, Hannah signed with the Screen Artists Co-op, which is a local organization operating as a training center and talent agency.

Once in the building, she negotiated acting classes with the agency’s co-founder Jon Menick, since saying that Menick has become her mentor and biggest influence. Her acting debut was the role in “Cobra Kai”, and then she filmed the video for the audition in the agency’s Woodfin studio, and as a result, Hannah was selected for the role of Moon, a boho-chic friend of one of the main characters. The “Cobra Kai” takes place several decades after the original films, and in addition to Ralph Macchio and William Zabka, the series features several new stars, including Courtney Henggeler, Mary Mouser, and Tanner Buchanan, among others.

Hannah has appeared in 18 episodes out of 40 so far, which has launched her to prominence, thanks to the popularity of the series, as it’s received multiple Primetime Emmy Award nominations.

She has continued her career with other roles and projects, including the part of Kristy Ray in the ID Network’s true crime documentary show “Your Worst Nightmare” in 2019. Most recently, Hannah featured in the TV mystery crime-drama series “Tell Me Your Secrets”, starring Lily Rabe, Amy Brenneman and Hamish Linklater. Furthermore, she is working on the TV fantasy horror series “Just Beyond”, based on the graphic novel by R.L. Stine, which is currently in post-production.

Hannah is next set to star in her first film role, as Jesse in the drama film “The Class”, next to Anthony Michael Hall and Charlie Gillespie. The film is currently shooting, and is yet to receive its release date.

Hannah is in a relationship with a young colleague, actor and her co-star from “Cobra Kai”, Xolo Mariduena, an American of Cuban, Mexican and Ecuadorian ancestry. The two started dating in late 2018, and since then have been enjoying their love life, often sharing pictures on Hannah’s Instagram account.

As of mid- 2021, Hannah Kepple’s net worth has been estimated to be around $1 million, earned through her young but already successful career as an actress, although so far she’s appeared in just five titles.

Hannah is quite active outdoors, often in the mood for a hike in DuPont State Forest, but also easy jogging. She maintains her fit figure by her outdoor activities, and isn’t very often stuck in the gym.

She loves exploring new cuisines, with sushi one of her favorite dishes.

Hannah is a pet lover and owns a West Highland white terrier named Roxy, who follows her everywhere she goes.

She has used her popularity to spread awareness of several social issues, including the importance of the Black Lives Matter movement.

Xolo Mariduena was born on 9 June 2001, in Los Angeles, California USA, and is of mixed ancestry, which has given him a unique look; his name means ‘dog star’ in the Nahuatl (Aztec) language. His career started when he was just 10 years old, with a string of appearances in television commercials, while in 2012 he was selected for the part of Victor Graham in the TV series “Parenthood”, and starred in 51 episodes of the popular series until 2015.

In 2018 he was chosen for the part of Miguel Diaz in the TV series “Cobra Kai”, and until 2021 appeared in all 40 episodes of the highly-acclaimed series. He is also a voice actor, and has voiced several characters in the animated series “Victor & Valentino” (2019-2020), and also lent his voice to Zaid in the animated series “Cleopatra in Space” (2020-2021).

Xolo Mariduena’s net worth has been estimated to be around $2 million as of mid- 2021, which he’s earned during his acting career, so far appearing in more than 10 film and TV titles.