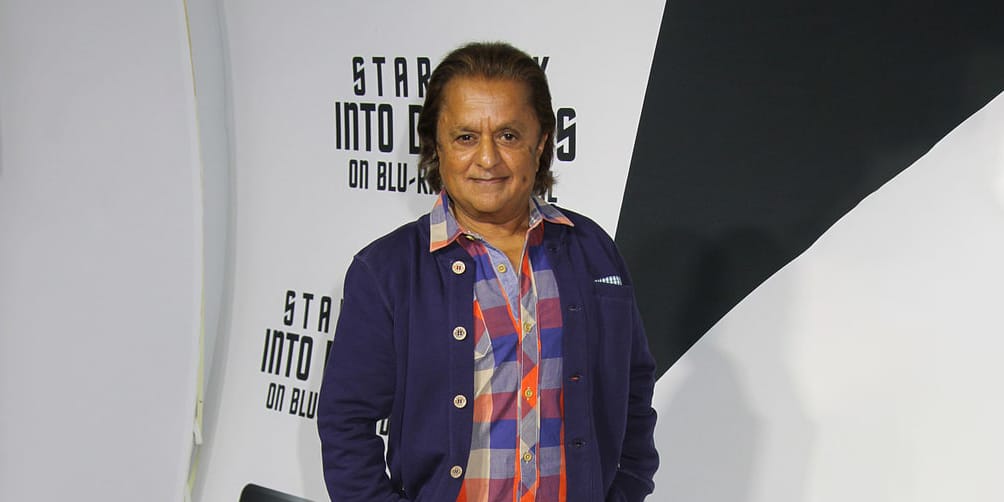 How tall is Deep Roy? What is he doing now? Height, Net Worth

Who is Deep Roy?

Deep Roy is a Kenyan-British award-winning actor, puppeteer, and stuntman, known for his short stature. He’s appeared in such films as “Charlie and the Chocolate Factory” as Oompa-Loompa, but also in such TV series as “The X-Files” and “Doctor Who”, among others.

Where is Deep Roy Now?

Deep Roy’s last on-screen appearance was in the 2019 short film “Deep Into Love”, since when he’s only worked on a couple of documentaries, including “Remembering Return to Oz”, which is now in post-production and scheduled for release late in 2021. He’s working on the documentary “In Search of Tomorrow”, which will also be released in 2021.

However, he updates the fans of his adventures on his official Instagram page, and recently shared a dancing video he did with the crew from 31 Minutos.

Who is Deep Roy?

Born as Mohinder Purba on 26 January 1949 under the Aquarius zodiac sign, in Nairobi, Kenya to Indian parents, Burt Roy, a factory worker in Gaum, and Soon Yee Roy, a housewife, and a bartender, he immigrated to London where he studied accounting, but dropped out when he was 18 years old, desiring to become an actor – he studied acting at The Slim Wood School of Comedy.

Once he had knowledge and experience in the school of comedy, Deep Roy launched his career, appearing in local comedy bars and cabaret clubs. In April 1970, he was the opening act in Ray Cooney’s Miracle Worker at the Palace Theatre, Westcliff-on-Sea. He continued with appearances in comedy clubs, and then in 1976 made his on-screen debut as Klokoe in the TV series “The New Avengers”. He made his film debut in the same year, playing an Italian Assassin in the comedy film “The Pink Panther Strikes Again”. Deep Roy continued with film roles, such as Van Bullock in the film “Roots of Evil” in 1979, while in 1980 he was the Jedi Master Yoda in the film “Star Wars: Episode V – The Empire Strikes Back”.

Next, Deep Roy played Princess Aura’s Pet in the critically-acclaimed film “Flash Gordon”, a sci-fi action-adventure starring Sam J. Jones, Melody Anderson and Max von Sydow. He was the one who acted out ape sequences in the film “Greystoke: The Legend of Tarzan, Lord of the Apes” (1984), and the same year he was Teeny Weeny in the award-winning fantasy adventure drama film “The Neverending Story”, and in 1985 he portrayed Tin Man in the film “Return to Oz”.

Thanks to his success in the first half of the ‘80s, Deep Roy showcased his talents by portraying unique characters, and continued in the same manner into the second half of the decade.

In 1988 he appeared in the sci-fi adventure comedy film “Alien from L.A.”, starring Kathy Ireland, William R. Moses and Richard Haines, and the same year featured in the action-crime film “Lethal Woman”. The following year he was Joker Arroyo in the sci-fi action comedy film “Rising Storm”, with Zach Galligan, Wayne Crawford and June Chadwick in the lead roles.

He started the new decade with a role in the horror film “Disturbed”, which starred Malcolm McDowell, Geoffrey Lewis and Priscilla Pointer, and the following year he appeared in the horror film “The Resurrected”, based on the story by H. P. Lovecraft, and starring Chris Sarandon, Jane Sibbett, and John Terry.

He took a break from acting in the second half of the ‘90s, but returned in 2000 with the role of Post Office Clerk in the film “How the Grinch Stole Christmas”, and in 2001 he was Beggar Man in the TV series “The X-Files”. The same year, Deep Roy once again played an ape, this time as Gorilla Kid in Tim Burton’s award-winning sci-fi action-adventure film “Planet of the Apes”, with Mark Wahlberg its main star, accompanied by Helena Bonham Carter and Tim Roth.

Four years later, he won the role that has hallmarked his career, as Oompa Loompa in another Tim Burton film, the Academy Award-nominated “Charlie and the Chocolate Factory”, with Johnny Depp, Freddie Highmore and David Kelly in the lead roles.

Next, he played Keenser in the Academy Award-winning sci-fi action-adventure film “Star Trek” (2009), starring Chris Pine and Zachary Quinto, and reprised the role in the sequels “Star Trek Into Darkness” in 2013, and “Star Trek Beyond” (2016). He also had a role in the action film “Transformers: Revenge of the Fallen” in 2009, while in 2013 he was Demon in the film “Paranormal Movie”.

Work as a Stuntman

Deep Roy is also a stuntman and stunt coordinator, and in his long and fruitful career, he’s contributed to a number of crazy scenes in films.

In regards to his personal life, the Oompa Loompa actor hasn’t talked about his private endeavors.

Although he often shares pictures and videos of his daily affairs on Instagram, he has never mentioned a wife or children. Some sources state that Deep Roy is single, but until he shares more details we can only speculate on his family life.

As of mid- 2021, Deep Roy’s net worth has been estimated to be around $500,000, earned through his successful career as an actor, during which he has appeared in more than 50 film and TV titles, all of which have added to his wealth.

This prominent actor has black hair and brown eyes. Known for his unusually short stature, he stands at a height of 4ft 4ins (1.32m), while he weighs approximately 105lbs (48kgs). His vital statistics are unknown.

Deep Roy has built his fame on the character of Oompa Loompa, and the entertaining dance sequences for which he had to attend Pilates and dance lessons to prepare for the four musical numbers. However, he fell in love with the dance sequence, and has started the Oompa Loompa dance school, which now exists even in Argentina.

Deep Roy is the descendant of India’s Maharajah Vinepal. He loves to travel and has visited numerous countries, including Argentina, Italy, India, France and Switzerland among others.

He loves tasting new wines and food, and for every country he visits, he shares pictures from his favorite restaurants.