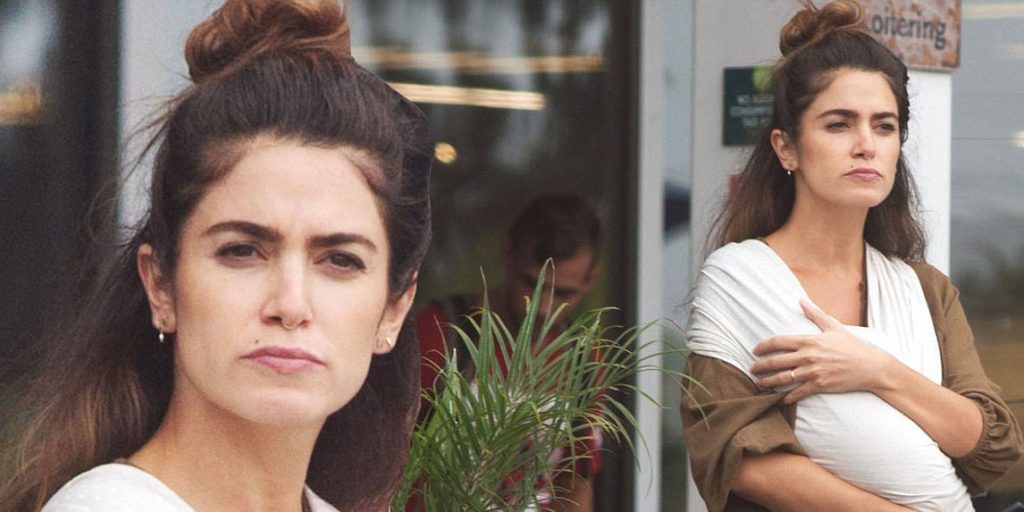 Who is Bodhi Soleil Reed Somerhalder?

Bodhi Soleil Reed Somerhalder was born on 25 July 2017 under the zodiac sign of Leo, in Los Angeles, California USA. She is a three-year-old celebrity child, only recognized for being the daughter of famous actors Ian Somerhalder and Nikki Reed.

How rich is she, as of now? Bodhi Soleil Reed Somerhalder’s Net Worth

Being the daughter of millionaires, Bodhi Soleil Reed Somerhalder is also a millionaire. Her career is yet to come, so she still enjoys the net worth of her famous parents. As of early 2021, her father Ian Somerhalder and her mother Nikki Reed both have estimated wealth of over $12 million each.

Bodhi Soleil Reed Somerhalder is being raised by her celebrity parents in their home in Los Angeles, California.

She holds American nationality and belongs to the White Caucasian ethnic group. Her name is unique – Bodhi means ‘awakening’ or ‘enlightenment’ in Sanskrit, and is related to the Buddhist concept of nirvana. Soleil means ‘sun’ in the French language.

The public isn’t aware of how and when Ian Somerhalder and Nikki Reed met each other, nonetheless, it’s known that the two became romantically involved in the summer of 2014. After dating for six months, the couple took a step closer to marriage when Ian popped the question, and they confirmed their engagement in February 2015. The couple eventually tied the knot at a wedding ceremony that took place at Topanga Canyon in Los Angeles County, California on 26 April 2017 – they’re still going strong.

Who Is Her Father? Ian Somerhalder Short Wiki/Bio

Ian Joseph Somerhalder was born on 8 December 1978 under the zodiac sign of Sagittarius, in Covington, Louisiana USA. He was raised by his father, Robert Somerhalder, who was an independent building contractor, and his mother Edna Somerhalder, who was a massage therapist. He has two siblings, an elder brother named Robert and a younger sister named Robyn. He went to Saint Paul’s School, a private school located in his hometown.

Ian Somerhalder initially pursuedas modeling career until he decided to go into acting at the age of 17. He made his debut TV appearance as I.Q. in the episode “The Black Bag” of the USA Network crime drama series “The Big Easy” in 1997.

He then appeared in Woody Allen’s 1998 comedy-drama film “Celebrity”, but it went uncredited. Thereafter, Ian guest-starred as Brian in the episode “A Girl’s Life” in the CBS sci-fi comedy-drama series “Now And Again” (1999), and starred in the main role of Hamilton Fleming in The WB’s drama series “Young Americans” (2000), which is the spin-off from “Dawson’s Creek”.

In 2001, Ian Somerhalder played Russell Henderson in the made-for-TV drama film “Anatomy of a Hate Crime” and Josh in the drama film “Life As A House”, followed by his portrayals of Jason Kelly in the romantic comedy-drama film “Changing Hearts”, and Paul Denton in the black comedy-drama film “The Rules Of Attraction”, both in 2002.

Rise to Fame: “Smallville” and “Lost”

In 2004, Ian Somerhalder landed the role of Danny Miller in the submarine film “In Enemy Hands”, played Matt in the short comedy film “The Old Man And The Studio”, and featured as Cooley in the short film “Recess”, which he also produced.

He gained enormous popularity later that year when he portrayed Adam Knight in six episodes of The WB’s superhero series “Smallville”, and joined the main cast of the popular ABC drama series “Lost”, in which he starred in the role of Bonne Carlyle in the first season, and later returned to reprise the role in seven more episodes from 2005 to 2010. His performance on the series earned him a Teen Choice Award nomination for Choice TV Breakout Performance – Male. He was also the co-recipient of the 2006 Screen Actors Guild Award for Outstanding Performance by an Ensemble in a Drama Series.

Concurrently, Ian played Dexter McCarthy in the horror film “Pulse”, starred as Drifter in the drama film “The Sensation Of Sight”, and portrayed a guy in the comedy film “National Lampoon’s TV: The Movie”, all in 2006.

Afterwards, Ian landed the title role in the made-for-TV historical adventure drama film “Marco Polo”, directed by Kevin Connor, and was cast as Nick in the HBO drama series “Tell Me You Love Me”, both in 2007.

In 2008, Ian Somerhalder starred in the roles of William Archer in the action thriller film “The Lost Samaritan” and Jack Kubiak in the made-for-TV sci-fi film “Lost City Raiders”. These were followed by his portrayals of Tyler in the romantic comedy-drama film “Wake”, Lee Cooper in the made-for-TV sci-fi thriller film “Fireball”, and Miles Slade in the action thriller film “The Tournament”, all in 2009. Later that year, he was chosen to feature in the main role of Damon Salvatore in The CW’s supernatural teen drama series “The Vampire Diaries” (2009-2017), alongside Nina Dobrev and Paul Wesley.

Ian Somerhalder was such a model before his acting career 🎞 pic.twitter.com/HcT2JRzfqO

For his performance in the series, Ian won numerous Teen Choice and People’s Choice Awards; moreover, he produced 16 episodes of the series, and even directed three episodes.

While filming “The Vampire Diaries”, Ian Somerhalder continued to work on other projects. In 2010, he portrayed Daniel Meltzer in the sex comedy film “How To Make Love To A Woman”, after which he starred as Officer Lewis in the crime musical film “Caught On Tape”, and played Agent Truman Black in the short drama film “Time Framed”, both in 2013. He then landed the role of Harkin Langham in the 2014 sci-fi action thriller film “The Anomaly”, and between 2019 and 2020, he was cast as Dr. Luther Swann in the Netflix sci-fi horror series “V Wars”, for which he also served as an executive producer.

He even directed the episode “The Junkie Run Of The Predator Gene”, and most recently, he produced the documentary film “Kiss The Ground” (2020).

Who Is Her Mother? Nikki Reed Short Wiki/Bio

Nicole Houston ‘Nikki’ Reed was born on 17 May 1988 under the zodiac sign of Taurus, in Los Angeles, California USA to Seth Reed who worked as a production designer, and Cheryl Houston, who was a beautician. She has an elder brother named Nathan August, and a younger half-brother named Joey Reed. Her parents divorced when she was only two years old, so she was raised by her mother. At the age of 14, she left her mother’s house and started living on her own. She attended Alexander Hamilton High School in Los Angeles, but eventually dropped out, and completed her high school education through homeschooling.

Nikki Reed made her film debut as Evie Zamora in the 2003 teen drama film “Thirteen”, which she also co-wrote. It was followed by her portrayals of Zane Berg in the drama film “Man Of God”, Kathy Alva in Catherine Hardwicke’s biographical drama film “Lords Of Dogtown”, and Tally in the crime drama film “American Gun”, all in 2005. In the following year, she landed the title role in the satiric neo-noir film “Mini’s First Time”, guest-starred as Molly Larusa in the episode “Addicts” of the Fox legal drama series “Justice”, and was cast as Sadie Campbell in the Fox teen drama series “The O.C.”, alongside Ryan Atwood. She then featured as Shay Bettencourt in the 2007 drama thriller film “Cherry Crush”.

Rise to Prominence: “The Twilight Saga”

Concurrently, Nikki appeared in other film and TV titles – she landed the role of Allison in the 2008 comedy-drama film “Familiar Strangers”, and featured as Stefanie in the 2009 comedy-drama film “Last Day Of Summer”, for which she also served as an executive producer.

In 2010, she played Jessie Campbell in the slasher film “Chain Letter”, and had a part as Lauren Carrington in the drama film “Privileged”. It was followed by her portrayal of Kara in the 2011 crime thriller film “Catch .44”, along with Bruce Willis, Malin Akerman and Forest Whitaker.

In 2013, Nikki Reed landed the role of Wendy in the psychological thriller film “Enter The Dangerous Mind”, played Amanda in the action crime mystery film “Pawn”, directed by David A. Armstrong, and featured as Lizzette in the crime drama film “Empire State”, next to Emma Roberts, Liam Hemsworth and Dwayne Johnson.

It was followed by her portrayals of Meredith Downs in the sports comedy film “Balls Out”, Donna in the paranormal romance film “In Your Eyes”, and Greta Chiplinsky in the thriller comedy film “Murder Of A Cat”, all in 2014.

Thereafter, continuing her busy schedule, she played Georgie in the comedy-drama film “About Scout” (2015) and starred in the role of Betsy Ross in the Fox supernatural series “Sleepy Hollow” (2015-2016). Thereafter, she portrayed Crystal in, and produced the horror film “Jack Goes Home”, and played Debi in the biographical sports film “A Sunday Horse”, both in 2016. Most recently, she guest-starred as Bronwyn in the episode “Bridesmaid” of the Hulu comedy series “Dollface”, took the role of Rachel in the Netflix sci-fi horror series “V Wars”, and directed the short family film “Andy’s Song”, all in 2019.