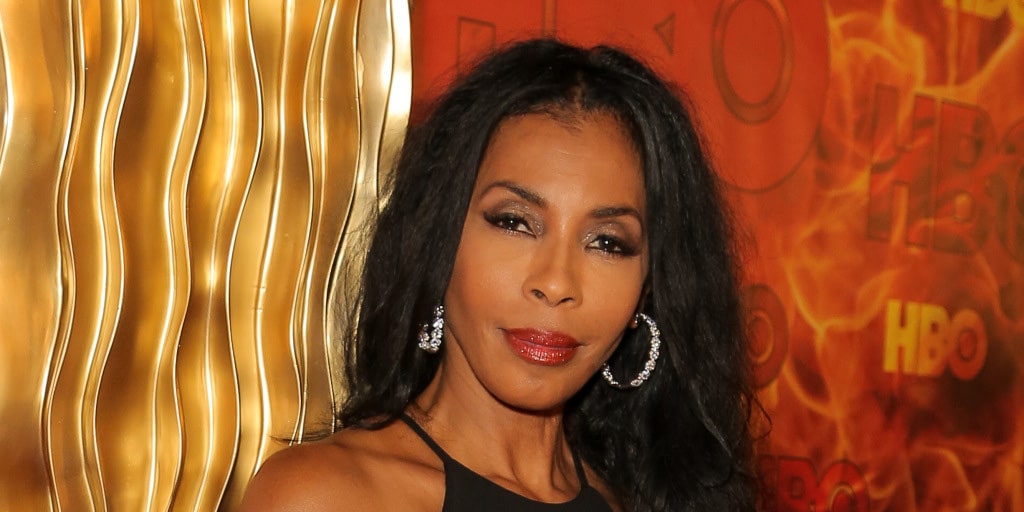 Who is Khandi Alexander?

Harriet Rene ‘Khandi’ Alexander was born in Jacksonville, Florida USA, on 4 September 1957 – her zodiac sign is Virgo and she holds American nationality. She’s an actress, choreographer and a dancer, who gained recognition with her portrayal of Catherine Duke in the romantic comedy series “NewsRadio”, created by Paul Simms and which starred Dave Foley, Stephen Root and Andy Dick. It aired from 1995 to 1998, and follows the lives of people working at WNYX NewsRadio station, the second most popular in New York. It won a 1998 Primetime Emmy Award for Outstanding Costuming for a Series, and was nominated for 14 other awards.

Khandi was raised in Queens, New York City as an only child, by her father Henry Roland Alexander who was the owner of a construction company, and her mother Alverina Yavonna (nee Masters), who was a jazz and opera singer.

Posted by Girls2Greatness on Friday, September 4, 2015

Khandi became interested in acting during her time at Queensborough Community College at which she appeared in various plays and also practiced dancing. She began winning roles in plays performed at a local theatre, and eventually found herself acting on Broadway. Upon graduating in 1979, Khandi chose to focus on her acting career.

Khandi has appeared in around 60 movies and TV series, and we’re about to mention some of her most notable performances in this article.

She made her debut film appearance in the 1980 short musical video “David Bowie: Fashion”, while a couple of her following roles were in the 1985 action thriller drama “Streetwalkin’ followed by the musical drama “A Chorus Line”, and the 1987 fantasy comedy “Maid to Order”.

She gained recognition in 1993 with her portrayal of Sissy in the musical comedy “CB4”, written by Chris Rock and four others, directed by Tamra Davis and which starred Chris Rock, Allen Payne and Deezer D. The movie is about a man who’s following the rap band CB4 as he’s making a documentary about them. The same year saw Khandi appear in the popular crime thriller “Menace II Society”, which won two of the six awards it was nominated for. A couple of her following notable performances were in the 1993 crime thriller drama “Sugar Hill”, the 1998 romantic comedy “There’s Something About Mary”, and the 1999 crime thriller “Thick as Thieves”.

The year 2002 saw her play Janelle Holland in the crime thriller drama “Dark Blue”, which starred Kurt Russell and follows a robbery homicide investigation, which threatens to reveal the identity of a corrupt Los Angeles Police Department Officer.

Khandi then appeared in many movies which failed to attract much attention and/or received mixed reviews, until in 2016 she played a supporting character in the critically acclaimed action crime drama “Patriots Day”, written and directed by Peter Berg, and which starred Mark Wahlberg, Michelle Monaghan and J. K. Simmons. It follows the 2013 Boston Marathon bombing and the hunt for the terrorists afterwards, and the movie won two of the five awards it was nominated for.

Khandi’s most recent movie role has been her portrayal of Toni Morrison in the 2018 science fiction thriller drama “Fahrenheit 451”, written and directed by Ramin Bahrani, and which starred Michael B. Jordan, Aaron Davis and Cindy Katz. It follows the futuristic Earth and Guy Montag who’s a firefighter, and has been ordered to burn all books. The movie was a hit, winning three of the 18 awards it was nominated for, including five Primetime Emmy nominations.

Khandi made her debut TV series appearance with her portrayal of several characters in the 1985 musical comedy “FTV”, and the following years saw her appear in an episode of various series, such as the romantic comedy “Duet”, the comedy “A Different World”, and the comedy “The Edge”.

Her following notable performance was in 1995, when cast to play Jackie Robbins in the romantic drama “ER”, appearing in 29 episodes through 2001. Khandi played the lead character Fran Boyd in all six episodes of the crime mini-series “The Corner”, which also starred T. K. Carter and Sean Nelson, and follows the lives of a poor family in West Baltimore. The series was a hit, winning 14 awards including three Primetime Emmys, while it was nominated for 19 other awards.

Between 2002 and 2009, she played Alexx Woods in 145 episodes of the action crime drama “CSI: Miami”, which starred David Caruso, Emily Procter and Adam Rodriguez, and follows the work of Miami’s Crime Scene Investigation Unit. The series won 28 awards including two Primetime Emmys. A couple of Khandi’s following roles were in two episodes of the crime comedy “Body of Proof”, all 38 episodes of the musical drama “Treme” (lead role), and 20 episodes of the thriller drama “Scandal”.

Her most recent role in a TV series was been her portrayal of Ambassador Nicole Marsden, in two episodes of the action war drama “SEAL Team” in 2019.

Khandi has been featured in various documentaries, such as the 2007 series “TV Land: Myths and Legends”, the 2009 mini-series “TV Land Moguls”, and the 2014 series “Finding Your Roots with Henry Louis Gates, Jr.”

She;s made a guest appearance in various talk-shows, such as “The Queen Latifah Show”, “Entertainment Tonight” and “Teens Wanna Know”.

Some of the other awards she has been nominated for include four Online Film & Television Association Awards, eight Image Awards, and a Primetime Emmy Award for Outstanding Guest Actress in a Drama Series for “Scandal”.

Khandi’s amongst the most secretive of actresses, as she hasn’t spoken of any men or women she has perhaps dated, and this is why many rumors circulate the internet regarding her love life as well as sexual orientation.

Some of her fans have claimed that Khandi’s a married woman, and that she’s been keeping her husband away from the media’s attention. A few people have also claimed to have seen the two spending time together on several occasions, as well as walking hand-in-hand, however, no evidence has been provided to support these claims. Conversely, there are also some who believe her to be a lesbian, and that this is why she hasn’t spoken of the men she’s been with, but this hasn’t been confirmed either. Khandi hasn’t bothered to address the rumors.

As of March 2021, Khandi seems to be single, hasn’t married and doesn’t have children.

Khandi’s a huge fan of music, and has been listening to pop and rock since her early teenage years. One of her favorite singers is Whitney Houston, and Khandi had an opportunity to work as her choreographer during her international tours.

Khandi’s also passionate about travelling, and has been all around the world for both work and pleasure, while her two favorite places of those she has visited include Paris in France and Barcelona in Spain.

Khandi’s an animal-lover, and has a pet dog, while she’s been to various zoos, and supports the movement People for the Ethical Treatment of Animals (PETA).

In her spare time, she enjoys watching movies starring her favorite actresses Natalie Portman and Anne Hathawa – her favourite movies include “Black Swan”, “Leon: The Professional” and “Les Miserables”.

There are rumors circulating the internet claiming that Khandi has undergone several surgical procedures, to look the way she does today, but she hasn’t commented on this. Some of the plastic surgery she’s said to have undergone include fillers injection, rhinoplasty (nose job) and botox treatments.

As of March 2021, her net worth has been estimated at over $8 million.