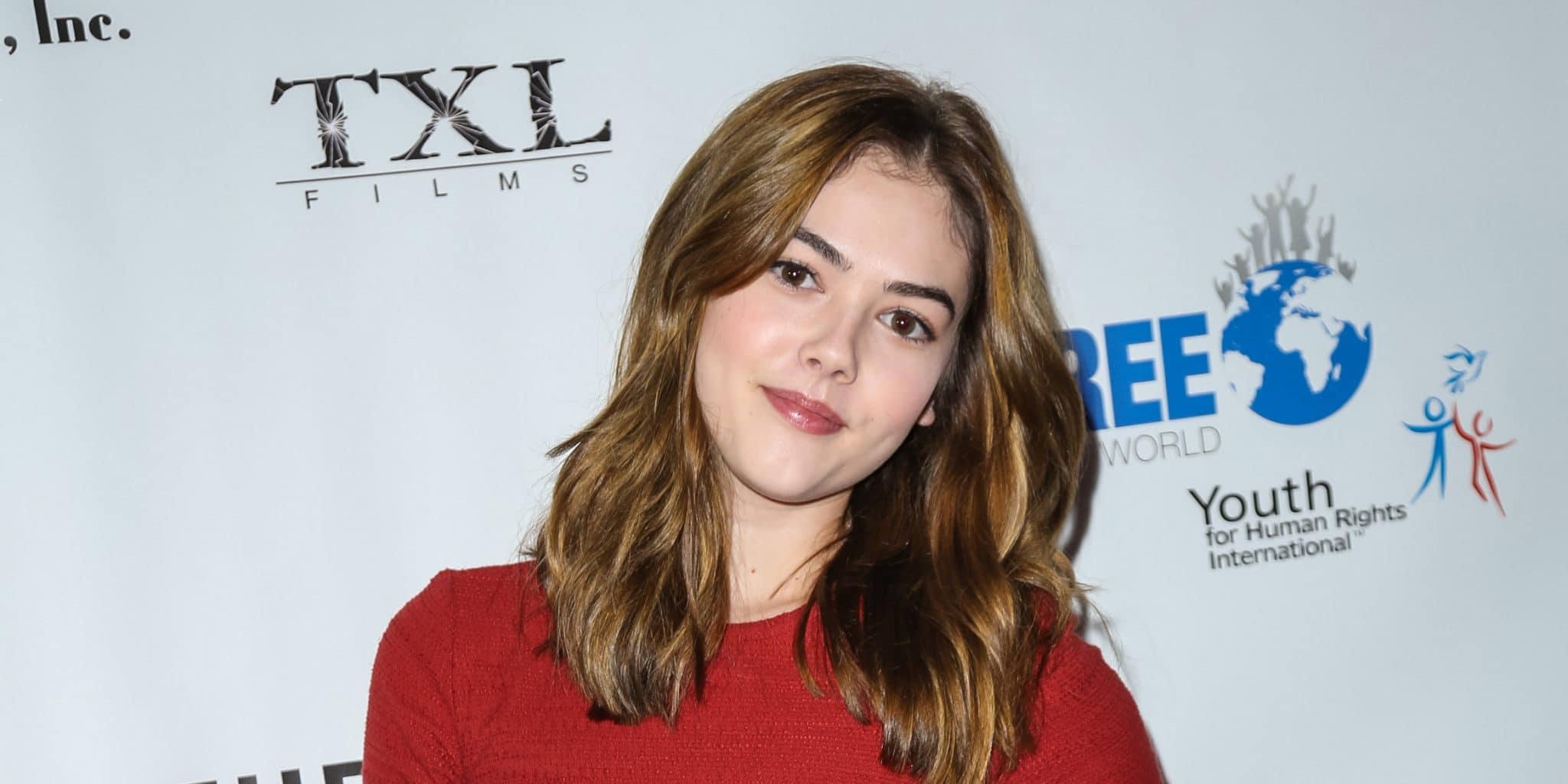 McKaley Miller’s Wiki – Is She Dating Anyone? Family, Biography

McKaley Miller is an American actress, who is best known to the world as Dana Monohan in the TV series “The Gates” (2010), and also as Rose Hattenbarger in the TV series “Hart of Dixie” (2011-2015), among numerous other roles that she’s secured so far in her career.

McKaley Nicole Miller was born on 14 May 1996 under the Taurus zodiac sign, in Dallas, Texas USA. She grew up in her hometown with her brother Griffins Miller, and their mother Kris Miller; she hasn’t talked about her father. Her education remains a mystery, but she’s said that she attended dance lessons, learning jazz, hip hop, tap, ballet and other dances.

She competed in a number of dance events during her early years, but since then has become more focused on acting.

McKaley’s career started in 2006 when she was just 10 years old, with a minor role in the television mystery film “Inspector Mom”, starring Danica McKellar, Drew Waters, and Susana Gibb. She waited three years for her next appearance, but this time she starred as the titular character in the short film “Gloria”. The following year, McKaley was selected for her first major role, as a recurring character in the TV fantasy crime-drama series “The Gates”, starring Rhona Mitra, Frank Grillo and Marisol Nichols.

After this, she continued with a minor role in the film “Grand Prix: The Winning Tale” (2011), starring Carlisle Studer, Hunter Pecunia, and Justice Luce, then was chosen for the lead role in the drama film “Traveling” (2011), co-starring Reece Rios and Melissa Odom. The same year, McKaley was a guest star in the fantasy family comedy series “Wizards of Waverly Place”.

Gradually, McKaley was becoming more popular, and more prominent roles were coming her way. In 2011, McKaley was chosen for the role of her career, as Rose Hattenbarger in the TV romantic comedy-drama series “Hart of Dixie” (2011-2015).

During this time, McKaley was pretty actively pursuing roles in other projects, and as a result she was Emily Collins in the comedy film “General Education” (2012), and the same year she was Anabel in the biopic about Richard Kulinski, one of the most notorious contract killers, entitled “The Iceman”, with Michael Shannon, Chris Evans and James Franco as the main stars of the film.

In 2013, McKaley portrayed Bailey Parker in three episodes of the award-winning romantic comedy-drama series “Awkward.”, and the same year she played Dana Pot in the television drama movie “I Am Victor”. The next year, McKaley co-starred in the drama film “Where Hope Grows”, written and directed by Chris Dowling, and starring alongside her were Kristoffer Polaha and David DeSanctis. Furthermore, she played Lizzie Braddock in the TV series “Partners”.

In 2015, McKaley guest-starred in the TV series “Nicky, Ricky, Dicky & Dawn”, and also made guest appearances in “Bones”, and “K.C. Undercover”. Moreover, she was Sophia Doyle in the horror-comedy series “Scream Queens”.

From 2016, McKaley’s career started declining somewhat, appearing in minor roles, first in the film “Super Novas”, and then the TV series “Speechless”. In 2017 she was Bethany in the television movie “Drink Slay Love”, starring Steve James, Cierra Ramirez, and Zack Peladeau, but the following year she starred in the horror film “Unfollowed” alongside Brendan Meyer and Hunter Sansone, and guest-appeared in the TV series “Charmed”.

In recent years, McKaley had a supporting role in the horror thriller-mystery film “Ma” (2019), which starred Octavia Spencer, Diana Silvers, and Juliette Lewis, and made an appearance in the highly popular TV series “Into the Dark”, while in 2020 she guest-starred in the TV series “9-1-1: Lone Star”.

McKaley is currently working on several projects, including the drama film “Butter”, written and directed by Paul A. Kaufman and based on the book by Erin Jade Lange – the film will star Mia Sorvino and Annabeth Gish, and is currently awaiting its release date.

Furthermore, McKaley is working on the comedy film “Roll With It”, starring with Judith Hoag and Mark Christopher Lawrence.

Personal Life, Is She Dating Anyone?

When it comes to her personal life, McKaley has been rather mysterious about her personal endeavors, however, some information has surfaced. She is in a relationship with actor Evan Hofer, who is best known to the world as Chlodwig in the TV series “Dwight in Shining Armor” (2019-2020). The two have been together since 2018, but haven’t spoken much about their romance.

She currently lives in Los Angeles, but whenever she can, goes back to Texas as she likes it more than the ocean surroundings.

As of mid- 2021, McKaley Miller’s net worth has been estimated at over $800,000, earned through her successful career as an actress, during which time she has appeared in more than 35 film and TV titles.

Dancing has remained McKaley’s greatest passion, and she is often seen dancing, though she doesn’t compete anymore.

She enjoys listening to music and watching movies whenever she has time for it.

She’s stated that her favorite dessert is ice cream.

McKaley is a huge animal lover and has a pet dog, but she hasn’t revealed its name.

She has nominated Reese Witherspoon and Emma Stone as her favorite actresses, and that she would love to collaborate with either one of the mentioned duo.