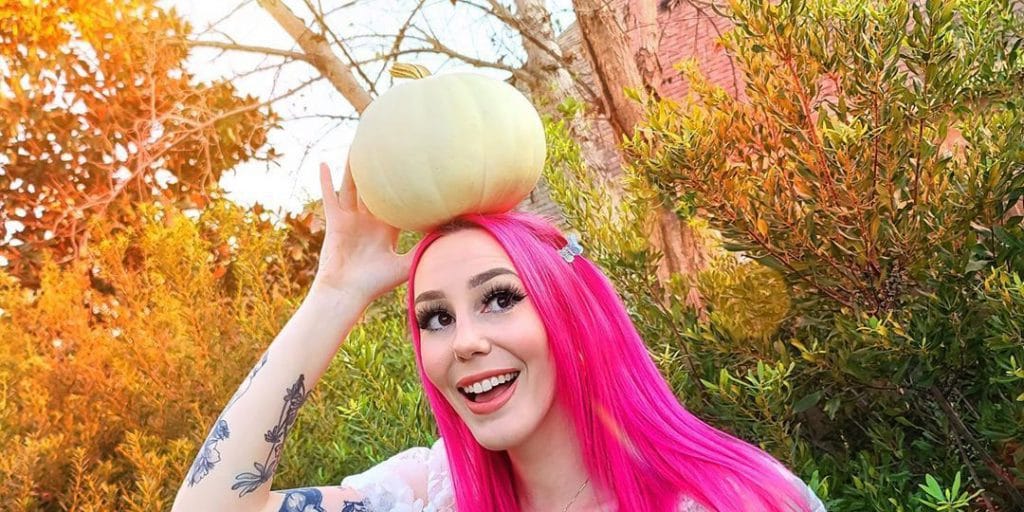 Megan Leeds – better known by her online alias MeganPlays – was born on 17 March 1995 under the zodiac sign of Pisces, in Texas USA. She is a 26-year-old social media sensation, gamer, and full-time Twitch streamer. She also runs her official YouTube channel, on which she has garnered more than 3.6 million subscribers, while her videos have been viewed over 710 million times. Additionally, she’s active on TikTok with over 3.4 million followers, and runs her official Instagram account with more than 420,000 followers, and her official Twitter account with almost 390,000 followers.

How rich is she, as of now? MeganPlays Net Worth

As of mid-2021, MeganPlays’ net worth is estimated at close to $1 million, acquired largely through her successful career as a Twitch streamer, and social media influencer. She increases her fortune through sponsored posts, donations, stream subscriptions, video monetization, and sales of her merchandise line.

Megan Leeds spent her early years in Texas, where she was raised with her twin sister Kaitlyn by their parents. The name of their father is unknown but he goes by the username ‘al_leeds’ on Instagram.

Their mother is Allie Crossfit. Megan holds American nationality, belongs to White Caucasian ethnic group, and is a Christian. Regarding her education, Megan matriculated from a local high school, then enrolled into the University of Texas at Arlington. She studied Design and Visual Communications and graduated in 2017; while there, she was a member of the Zeta Tau Alpha Fraternity.

Megan Leeds started her Internet-based career when she came up with the idea to film gameplay videos. In June 2014, she launched her official YouTube channel under the username ‘MeganPlays’, and uploaded her first video entitled “Megan Plays: Diablo 3!”.

It gained her a huge number of views, which encouraged her to continue making videos related to video games. She initially played such games as “Diablo”, “Mario Kart”, “GTA5”, “Sims 4”, while she enormously enlarged her fan base when she started playing “Roblox” in the summer of 2018.

Some of her most popular YouTube videos are “I Watched The SADDEST Gacha Life Movie On The Internet.. (VERY Sad Gacha Studio Movie)”, “He Broke Up With The Mean Girl To Be With Me… Roblox Royale High Roleplay”, and “The BEST Way To Make MONEY In Adopt Me!! How To Make MONEY in Adopt Me Roblox”, among many others.

Apart from running her main YouTube channel, Megan is also active on another channel called ‘MEGAN’, created on 12 July 2015, which is focused on vlogs related to her personal life, daily activities with her husband, travel, hobbies, interesting challenges, and pranks, etc. She has garnered more than 670,000 subscribers, while her videos there have amassed over 45 million views in total.

Megan also has three more YouTube channels – ‘MeganPlays Live’ is dedicated to her livestreams, and has earned her almost 120,000 subscribers. She also runs ‘MeganPlays Brookhaven RP’, on which she shares videos of herself playing the roleplaying game Brookhave, and which has attracted more than 300,000 subscribers.

In addition to her successful career on YouTube, Megan Leeds has expanded her influence across other social media platforms. She has an account on the world’s lead streaming website Twitch, however, she hasn’t been active on it for a while.

She is active on the highly popular video sharing platform TikTok, on which you can find her under the username ‘themeganplays’. She also uses Instagram and Twitter to promote her videos and other projects, and is active on both under the same nickname – ‘meganplays’. Megan has launched her own line of merchandise too, called ‘Stay Peachy’, which includes hoodies, t-shirts, handbags, shorts, hats, handbags, etc.

Megan Leeds became romantically involved with YouTube star Zach Letter in 2017. After dating for almost a year, he popped the question to her in Granada in May 2018, and they eventually exchanged their wedding vows at a ceremony on 17 May 2019. The couple still going strong; their current residence is in Dallas, Texas.

Megan is an avid animal lover and has two pet dogs named Luna and Peach.