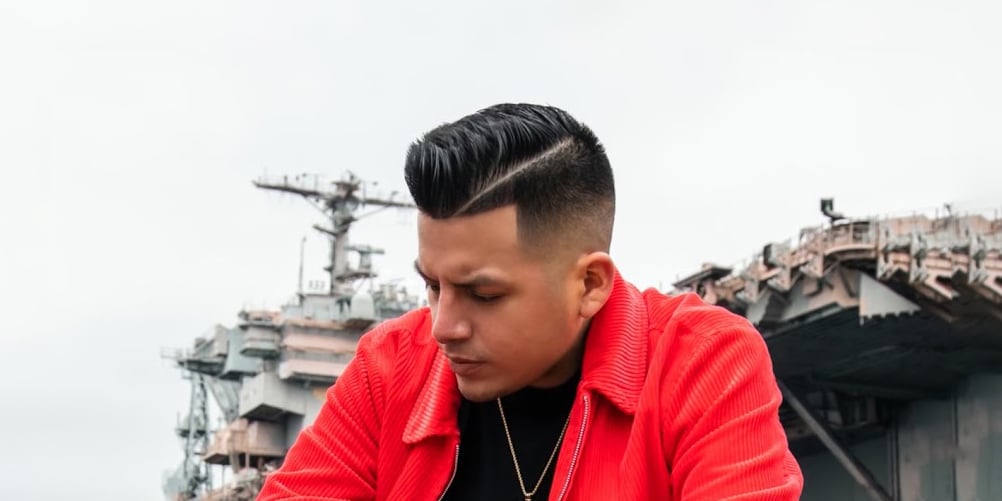 Anth Melo is an American rapper who came into the limelight for his collaborations with the prominent British artist and songwriter, Conor Maynard. He’s popular for his single hits such as “Take It Off” and “I Love It.”

Anth Melo was born in Virginia, USA, on 21 December 1992 under the Sagittarius zodiac sign, which makes him 28 years old as of mid-2021. He hasn’t disclosed anything about his parents, but was raised with his older sister, Fresia Danny Melo, who sadly passed away in summer 2016 in a road accident. Anth considered Fresia his best friend, who ushered him into rap music. They had a seemingly close relationship and Fresia even allowed him to listen to her Eminem LPs  as they were growing up.

ANTH began his career at the age of 17, by uploading his songs to his MySpace audio platform account. ANTH’s “Paralysed” collaboration with Anna O. was selected for the soundtrack of the “Wish of Tomorrow” movie in 2015. In 2018, he released the single “Bad Ting” together with the song’s music video, and some of his other popular songs include “Too Much To Drink” (2018), 2019’s “I Hate U I Love U,” “Amorfoda,” “Selfish,” “Let It Go,” “Medicine,” “Back On It,”“S.I.n.R,” and “Brains and Body” (2020). He gained popularity for releasing “Take It Off” featuring KJr and Jake Barker, and his song “I Love It” with M. Anes also increased his fame.

Some of ANTH’s latest songs include “I’m Good Alone” (2021),  about a woman that ANTH had met and dated for five months before she broke his heart. He says that his girlfriend had a son whom he loved as his own, liked spending time with him and even enjoyed taking him to karate classes. However, ANTH realised that his girlfriend was cheating on him with her ex-fiance, and other men.  The fact that he had fallen in love with a stranger devastated him to a point where he wrote this song about the girl.

The rapper is active on social media, and often posts pictures of his fans’ tattoos on his handles. He is strongly followed on YouTube, and posts cover songs and his original  music videos on his channel.

Melo’s popular on Instagram too, and has a decent following on Twitter and is also noted on Facebook. He uses his social media handles to update his fans about an upcoming album, and to share his daily personal and professional experiences. The rapper posts his music on several music sites, including Spotify, Tidal services, Apple Music, Napster, and Soundcloud. First Access Entertainment manages ANTH.

Melo has kept details about his love life as hidden as possible – he’s been in at least one previous relationship, and is rumoured to have dated Isabella in the past. He revealed that he remained completely faithful and loyal to her on his YouTube channel, but has been secretive about other key details of their relationship, and as a result, the public knows very few details about them.

ANTH is currently single and doesn’t have children.

Fresia’s death came as a huge shock to Melo’s family. He posted a photo of her on his Facebook page, grieving, and captioned it ‘R.I.P. big sister. I miss you and love you very much.” Fresca left behind a son, Jeremiah and ANTH revealed during an interview that he is very close with him, considering him as his own son, and once revealed that he sees his sister everytime he looks into his eyes – he promises to provide for him and take care of him in the song “For Fresia,” which he sang together with Conor Maynard dedicating it to his sister.

ANTH has earned his net worth from his successful career as a musician, and is currently estimated at close to $2 million. His YouTube channel has earned him close to $300,000 as of mid-2021.

Who Is Conor Maynard?

Melo has made covers of several songs, and collaborations with the famous songwriter, singer, YouTuber, and record producer Conor Maynard, who came into the limelight for his debut album “Contrast.”

The British singer was born Conor Paul Maynard to Helen and Gary Maynard in Brighton & Hove, Sussex, England, on 21 November 1992. He is currently 28 years old and his zodiac sign is Scorpio. Conor was brought up together with his younger sister Anna, who is currently a recognized YouTuber, and his brother, Jack. The record producer went to Cardinal Newman Catholic School, located in his hometown.

Maynard opened his YouTube channel in 2006, and posted a prime video covering the song “Breath of English” by Lee Carr. He also made his screen debut during the same year, when he featured as Casper Rose in the TV series, “Dream Team.”

Conor collaborated with his close mates such as ANTH from 2009 to 2011 to make covers for songs such as “Dynamite” by Taio Cuz, and Rihanna’s “Only Girl.” He released his album “Can’t Say No” in April 2012, and has since released various singles, including “Vegas Girl,” “R U Crazy,” “Talking About,” “Royalty,” among others.

Conor was nominated for MTV’s 2011 Brand New contest for the 2012 Award, and got a chance to compete with talented singers such as Liane La Havas, Delilah, Michael Kiwanka, and Lana Del Ray. He gained massive fame when he uploaded “Beautiful Monster” cover song, which drew Ne-Yo’s attention. Coner recently released a new single, “Crowded Room” in April 2021.

As of 2021, Corner is reportedly single and not dating, seemingly focusing on his career, and has kept details about his personal life under the radar. He was previously in a relationship with Victoria Tansey when he was a teenager; the duo dated from August 2013 and stayed together for four years before ending their relationship in September 2017 for reasons he has kept private.

Corner has made a name for himself in the music industry, and gained massive popularity, accumulating a hefty fortune. His net worth is close to $6 million, and his brother Jack’s is approximately $4.1 million.