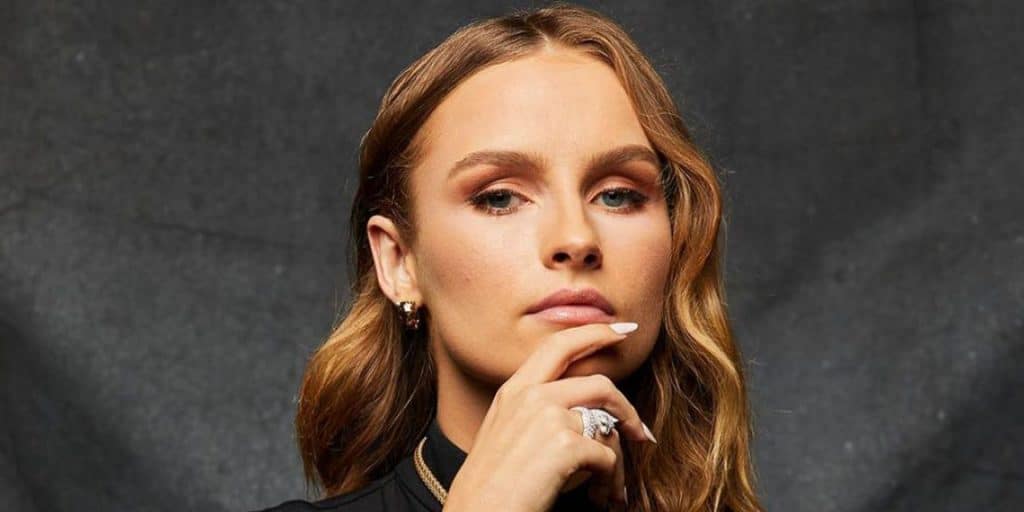 Who is Olivia DeJonge?

Olivia DeJonge was born on 30 April 1998 under the zodiac sign of Taurus, in Melbourne, Victoria, Australia. She’s a 23-year-old actress, probably best recognized for landing the role of Shaneen Quigg / Tara Swift in the ABC1 drama series “Hiding” (2015), and the same year also playing Becca in the found-footage comedy horror film “The Visit”, and featuring as Elle in the Netflix mystery teen drama series “The Society” (2019).

How rich is she, as of now? Olivia DeJonge Net Worth

As of mid-2021, Olivia DeJonge’s net worth is estimated at over $1 million, acquired through her successful involvement in the world of entertainment as a professional actress, who has garnered over 15 television and film acting credits since she launched her career in the early 2010s.

Olivia DeJonge spent her early years in her hometown of Melbourne until the age of five, when she relocated to Perth, Western Australia with her family. There, she was raised in Peppermint Grove by her father, Rob DeJonge, who’s a businessman, and her mother Robyn DeJonge, whose profession is unknown.

She has a younger brother named James DeJonge. She holds Australian nationality, and belongs to White Caucasian ethnic group. Regarding her education, Olivia attended the Presbyterian Ladies’ College in Perth. She is fluent in both English and French.

Olivia DeJonge started pursuing her career as a professional actress in the early 2010s, when she made her debut appearance in the main role of Ally in the critically-acclaimed short family drama film “Good Pretender” (2011), directed by Maziar Lahooti.

It was followed by her portrayals of Beth in the short family comedy film “Polarised”, and Sally in the short family drama film “Eleven Thirty”, both in 2012. Two years later, Olivia made her feature film debut appearance with the role of Lavinia Hall in the American mystery thriller “The Sisterhood Of Night”, alongside such actors as Georgie Henley, Willa Cuthrell and Kara Hayward; directed by Caryn Waechter, it was based on the short story of the same title by Pulitzer Prize-winner Steven Millhauser.

Olivia DeJonge’s first major role came when she was chosen to portray one of the lead roles as Shaneen Quigg and Tara Swift in the Australian crime drama TV series “Hiding”, created by Matt Ford – the series ran on ABC1 for eight episodes from February to March 2015. Later that year, she starred in the co-lead role of Becca in the American found-footage comedy horror film “The Visit”, written and directed by M. Night Shyamalan.

The film received generally positive reviews from critics, and became a box office success, since it grossed almost $100 million worldwide against the budget of $5 million. Her portrayal of Becca earned her nominations for Best Performance by a Younger Actor at the 2015 Saturn Awards, and Best Performance in a Feature Film – Leading Young Actress (14 – 21) at the 2016 Young Artist Awards.

In 2016, Olivia landed the role of Abby in the horror film “Scare Campaign”, and featured as Ashley in the psychological horror film “Better Watch Out”, starring alongside Ed Oxenbould and Levi Miller.

Afterwards, she was cast as Alice Burbage in the American drama TV series “Will”, broadcast on TNT from July to September 2017, which follows the life of the greatest dramatist and writer William Shakespeare. Olivia then had the part of Angie in the thriller film “Undertow”, and played Shaz in the short drama film “Love And Other Places”, both in 2018.

Olivia’s next remarkable role came in 2019, when she was selected to feature in the main role of Elle Tomkins in the American mystery teen drama TV series “The Society”.

Created by Christopher Keyser and released on Netflix, she starred alongside Kathryn Newton, Sean Berdy and Gideon Adlon; although it was renewed for a second season, the series was eventually canceled due to the corona pandemic. During the same year, Olivia played Dallas in the American crime film “Stray Dolls”, co-written and directed by Sonejuhi Sinha, and starred as Josie in the American drama film “Josie & Jack”, opposite Alex Neustaedter.

Most recently, it’s announced that she will portray Priscilla Presley in the upcoming biographical musical drama film “Elvis”, about the legendary singer Elvis Presley, next to Tom Hanks and Austin Butler, and set to be released in June 2022.

Furthermore, she will also play Caitlin in the upcoming American crime drama streaming TV mini-series “The Staircase”, which will premiere on HBO Max. Created by Antonio Campos it’s based on the true-crime docuseries of the same title written by Jean-Xavier de Lestrade.

Olivia DeJonge tends to keep her private life far away from the eye of the public. However, it was rumored that she was romantically involved with her “Elvis” co-star Austin Butler in early 2020 – neither of them confirmed or denied it. Her current relationship status is a mystery, but she hasn’t married, and doesn’t have any kids.

She is an avid animal lover, and has a pet dog named Buddy.