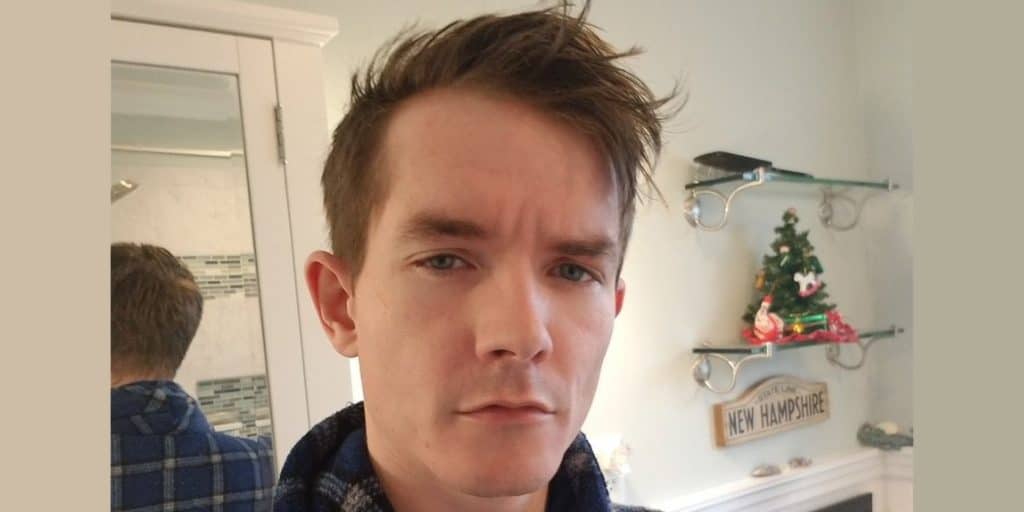 Who is Ross O’Donovan?

Ross O’Donovan – aka RubberNinja – was born in Perth, Western Australia, on 17 June 1987 – his zodiac sign is Gemini, he’s of Irish descent, and holds Australian nationality. He’s a social media star, voiceover artist and an animator, perhaps known best for his comedy web series “Steam Train”, which he did in collaboration with “Game Grumps”.

Ross grew up in Perth, in a family of Irish immigrants. He has a younger sister, Rebecca, who is married to the famous Australian cricket player Shaun Marsh.

In 1999, Ross graduated from Corpus Christi College, then began studying animation at the Film and Television Institute of Western Australia in Fremantle, where he later started teaching animation to younger students.

Career as an animator

In 2006, Ross created his first animated short entitled “Shaolin Sausage”.  He initially gained popularity on the Newgrounds platform, on which he uploaded his animated works. He was one of the organizers of the Newground collaboration project “There’s Something About HALO”, featuring his future “Game Grumps” co-host Arin ‘Egoraptor’ Hanson. The two later collaborated on several projects, such as Arin’s “Awesome” series, and “It’s Dad’s Birthday Again”.

Between 2006 and 2010, Ross worked as an animator for the series “Gamer Tonight”, which was featured as a segment on the Australian gaming TV show “Good Game”, produced by the Australian Broadcasting Corporation (ABC).

It was co-written by Arin, and featured a fictional talk-show called “Gamer Tonight with Richard Farkas”, in which the host interviews various types of gamers.

Also in 2009, Ross created the animated web series “Gameoverse”. It started off as a series of short animated clips, but in 2014, he began building the universe and characters for “Gameoverse”, in an effort to turn it into a series of a longer format. However, since 2019, the project seems to be on hiatus, although Ross has expressed interest in continuing the series.

He has been working on the gaming web series “Game Grumps” since JonTron’s departure from the show in 2013.

“Game Grumps” is a ‘let’s play’ web series, usually featuring two or more hosts playing a video game, and sharing their commentary and experience about the chosen game. It was created by Arin and Jon ‘JonTron’ Jafari in July 2012, while the name comes from Ross’s comment about how the hosts Jon and Arin tend to be grumpy when they play video games. Originally, the show was supposed to be a podcast, but the creators eventually decided on making it a YouTube series.

On 25 June 2013, they announced that Jon would be leaving “Game Grumps” to focus on his own YouTube channel. Following his departure, they also announced the new series featuring Ross and the voice actor Dan Avidan, entitled “Steam Train”.

The series featured Dan and Ross playing PC video games, while Arin occasionally joined as a co-host. They soon created a spin-off series, entitled “Steam Rolled”, featuring the group in multi-player games together.

In addition to the previous two, Ross was featured in several other “Game Grumps” projects, such as “Grumpcade”, “Hunting Monsters” and “Table Flip”. He also worked as an animator for their series “Game Grumps Animated”. In the past few years, his presence in “Game Grumps” content has gradually reduced, but he hasn’t officially left the show.

At the beginning of his career, Ross was active on the gaming platform NewGrounds, onto which he regularly posted animated videos under the name RubberNinja.

He subsequently moved to YouTube, but wasn’t allowed to use his old alias, so he named his channel RubberRoss. In January 2014, he was allowed to use the name RubberNinja, and moved on to post the majority of his videos on the newly created channel.

As of July 2021, the “RubberNinja” YouTube channel numbers almost 600,000 subscribers, with almost 25 million total views. On this channel, Ross usually posts new animated shorts, as well as the re-uploads of his older works, while he also occasionally collaborates with other animators, such as Jaiden Animations and Ninedoodles. His most popular video is entitled “Pokemon Gun”, which has been viewed over 13 million times.

Ross is still active on his second channel RubberRoss, onto which he mainly uploads gameplay videos, and talks about the gaming industry.

It currently numbers almost 450,000 subscribers, with more than 26 million views in total, while the most popular video on the channel is “Jaiden Animations SURPRISED with a VRChat Model?”, numbering over 1.4 million views.

Ross launched his Twitch channel ‘Rubber Ninja’ on 5 March 2010. He is perhaps known best for streaming games such as “Super Mario Maker 2”, “VR Chat” and “Animal Crossing”, while he also often does streams during which he chats with the audience, and showcases his animation process. He is active about two days per week, and averages almost 2,000 views per stream.

Ross has over 310,000 followers on Twitch, including other popular streamers such as PaymoneyWubby, WilburSoot and sodapopin – his channel numbers more than 6.7 million total views.

On 29 September 2012, Ross married the cosplayer and artist Holly Conrad – aka Commander Holly. Holly was featured alongside Ross in a number of “Game Grumps” videos, while she also worked as an FX artist on several TV series, such as “The Holodeck” and “Titan Maximum”.

The two announced their divorce on 19 September 2018, saying that although their marriage has come to an end, they would still remain friends. ‘We love each other very much and are still good friends, but sometimes life leads you to different places. And that’s ok!’, said Holly in a tweet regarding the situation.

At the time, the divorce was mainly attributed to her move to Seattle, however, roughly six months after Ross and Holly divorced, Holly was rumored to have been in a secret relationship with the YouTuber ProJared, while still married to Ross.

Ross and Holly don’t have children together, but they had two pet cats, called Doctor Orpheus and Mojo. After the divorce, Orpheus remained with Ross, while Mojo stayed with Holly.

Since the divorce, Ross hasn’t revealed any new partners that he might have had, and currently appears to be single.

Ross is a big fan of the “Transformers” franchise, while his favorite character is Grimlock. He can often be seen playing with his large Transformers toy in “Game Grumps” videos.

My longest con ever. The whole reason I wanted to play this game. pic.twitter.com/gGNyym7gOW

He also likes the British TV series “Doctor Who”, and even wore the “Doctor Who” suit during his wedding.

He has stated that he avoids eating onions and garlic because they tend to make him sick, but that he still loves eating onion rings every once in a while.

Ross is notorious in the “Super Mario Maker 2” community, as a creator who makes extremely difficult levels, with some of his creations having the completion rate below 1%.