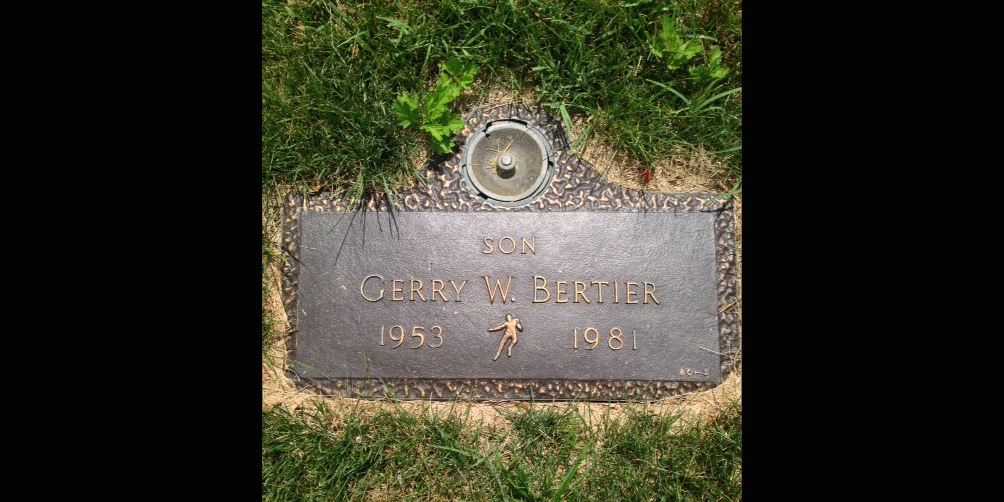 The Noble Life Of Gerry Bertier: How did he die? Real Life, Family

Who was Gerry Bertier?

Gerry Bertier was born on 20 August 1953 under the zodiac sign of Leo, in Alexandria, Virginia USA, and passed away on 20 March 1981 in Charlottesville, Virginia USA at the age of 27. He was a high school American football player, who gained fame for being a member of the 1971 Virginia State Champion T. C. Williams High School team, and their portrayal in the Disney sports film “Remember The Titans” (2000). He is also known for being a Paralympian.

How rich was he? Gerry Bertier Net Worth

Gerry Bertier’s net worth was estimated at close to $1 million earned through his successful involvement in the sports industry.

Gerry Bertier spent his early years in his hometown of Alexandria, where he was raised by his parents until they divorced when he was eight years old. The name of his father is unknown, while his mother’s name is Jean, and who later remarried Robert Agnew. He also had a sister named Becky Britt. He held American nationality and belonged to White Caucasian ethnic group.

Gerry Bertier grew up dreaming of becoming an Olympic gold medalist. He started his high school career at Francis C. Hammond High School, where he joined the football team, and eventually became a key player as the backbone of the defense.

In his sophomore year, Gerry played in the position of a linebacker for which he won many honors, and played three seasons until Hammond High School was merged with two other high schools in Alexandra to form T.C. Williams High School. He quickly distinguished himself and became a captain of the Titans.

Although things were quite rough in the beginning, the Titans won every game they played in the 1971 season, going 13-0 and outscoring their rivals by a 357-45 margin, and winning the Virginia State Championship. During the season, Gerry was credited with 142 tackles and 42 sacks, and was named National Prep School Football Player of the Year and the Most Outstanding Defensive Football Player in the Metropolian Area.

Besides that, he received First Team All-Region, All-State, and All-American honors, which led him to receive many offers of football scholarships from such major colleges as the University of Alabama, and Notre Dame.

On the night of 11 December 1971, he attended a banquet honoring the players of the Titans for their undefeated season, where he was named the Most Valuable Defensive Player. Later that night, he had a car accident on his way home – he’d borrowed a new 1971 Chevrolet Camaro from his mother, but it went out of control and crashed. It was later thought that the main cause of the accident was a mechanical failure on the motor mount of his engine. He suffered injuries that left him paralyzed from the waist down.

Life after Accident, and Charity Work

Following the accident, Gerry Bertier became an assistant coach at his high school. He also studied Business at Northern Virginia Community College, and later worked as a sales manager for Abbey Medical, where he sold medical equipment to the disabled. It allowed him to attend national wheelchair sporting events.

Besides that, Gerry became a spokesperson for disabled people, and traveled the country to speak on behalf of the Committee on Employment of the Handicapped. He also met others who had survived similar injuries, and helped them with their acceptance of the injuries and rehabilitation. Moreover, he collaborated with junior colleges in his hometown to set up a “Walk for Mankind”, and encouraged people to donate.

Coach Herman Boone visiting Gerry Bertier in the hospital. Bertier was injured in an auto accident following the 1971 football season.

In 1980, Gerry co-established the Northern Virginia Recreation Association for the disabled, with the main goal being to involve them in various sports such as scuba diving, archery and swimming. His biggest charity was Special Olympics for the Mentally Retarded, during which he set a new record at the World’s Wheelchair Marathon by covering 30 miles in five hours and 26 minutes.

After recovering from his injuries, Gerry Bertier continued to compete as an athlete. He became active in Wheelchair Track and Field. Besides that, he played in the Wheelchair Basketball League and the US Paralympics. In all of these sports, he set several state and national records, and his childhood dream eventually came true when he won a gold medal in the Wheelchair Olympics in the shot putt.

After almost a decade since the first car accident that left him paralyzed, Gerry Bertier had another car accident in which he tragically lost his life. It happened when he was returning home from a business trip and collided with another car that crossed over the center line on the road, in Charlottesville, Virginia on 20 March 1981. He passed away two hours later at the hospital of the University of Virginia at the age of 27. The driver of  theother car was drunk at the time, and was charged with manslaughter.

In 2000, Boaz Yakin directed the biographical sports film “Remember The Titans” which follows the story of Coach Herman Boone and his efforts to integrate the football team at the T.C. Williams High School. It starred Denzel Washington, Will Patton, and Wood Harris, while Gerry Bertier was portrayed by Ryan Hurst. The film received generally positive reviews and became a box office success grossing over $130 million against a budget of $30 million, and was named as one of the best football films. Since this film is not a documentary but is based on a true story, some events are changed. The car accident that left him paralyzed happened after the final game rather than before.

The name and character of his girlfriend were fictional. He also had long hair in real life.

Following his death, Gerry Bertier’s sister, Becky Britt, continued his legacy and founded the charity organization ‘Bertier #42 Foundation’ in 2006. They continued to help people who suffered spinal cord injuries, and raise money to further the cause of the injuries research at Virginia Commonwealth University. The organization has the support of several members of the Titans.