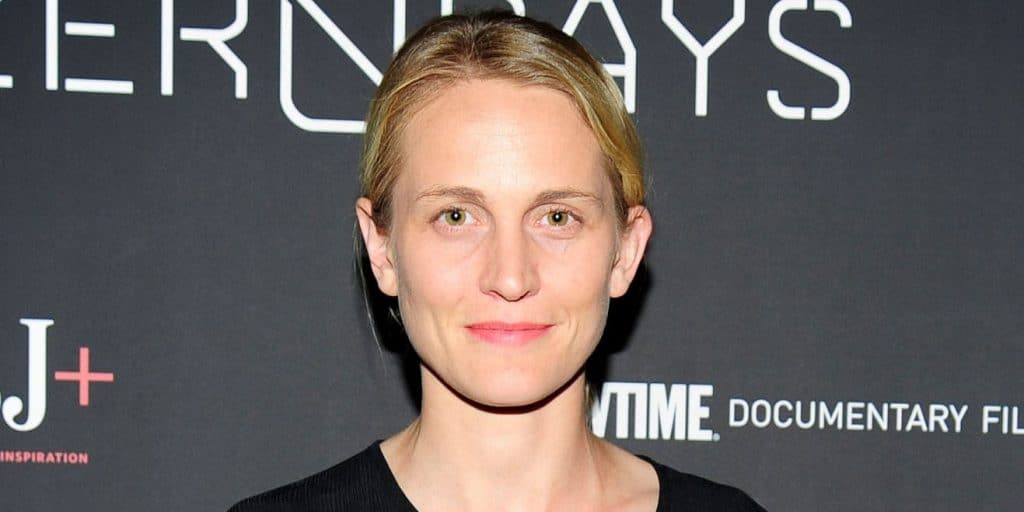 Who is Joanne Tucker?

Joanne Elizabeth Tucker was born on 26 June 1982 under the zodiac sign of Cancer, in the United States, however, the actual place of her birth is unknown. She is a 38-year-old actress, probably best recognized for landing the role of Valerie in the romantic comedy-drama film “Gayby” (2012), and playing Gretchen in the political drama film “The Report” (2019). Moreover, she is known for being the wife of famous actor Adam Driver.

How rich is she, as of now? Joanne Tucker Net Worth

As of early 2021, Joanne Tucker’s net worth is estimated at over $2 million, acquired through her successful career as a professional actress, who has garnered 15 television and film acting credits since she launched her career in 2010. Moreover, it’s assumed that she enjoys the wealth of her famous husband, Adam Driver, who has an estimated net worth at over $16 million.

Joanne Tucker spent her childhood in New York City, where she was raised by her parents; however, there is no information about their names and professions; it’s also unknown whether she has siblings or not. She holds American nationality and belongs to White Caucasian ethnic group. Regarding her education, Joanne attended The Dalton School, a private preparatory school in New York. Upon matriculation, she enrolled in Bard College to study Theater and Performance. Afterwards, she continued her education at The Juilliard School in New York City, from which she graduated in 2009.

During her time at Julliard, Joanne Tucker was a member of the Drama Division’s Group 38, and performed in such as “Julius Caesar”, “Fables Of La Fontaine”, “Burn This”, “As You Like It”, and “The Greeks Part Three: The Gods”.

Moreover, she co-founded and created a non-profit organization called Arts in the Armed Forces, along with her future husband Adam Driver. Following her graduation, she started to pursue her career on film and television. In 2010, she made her debut film appearance with the role of Sara in the short comedy film “After You Left”, directed by Jef Taylor. Later that year, she made an appearance in another short film, entitled “Party Trick”.

In 2011, Joanne Tucker landed the role of Lindsay in Elizabeth Wood’s short romantic drama film “Loft”, and portrayed Joanne in the short horror film “The Basement”, next to her husband Adam Driver. In the same year, she lent her voice to a reader in the episode “A Nation Of Hypocrites” of the PBS documentary mini-series “Prohibition”.

It was followed by her debut feature film appearance as Valerie in the romantic comedy-drama film “Gayby”, and portrayal of Cathy Avery in the short comedy film “I’m Coming Over”, written and directed by Sam Handel, both in 2012. Thereafter, Joanne did a voice-over in the 2013 documentary film “Teenage”, based on the book “Teenage: The Creation Of Youth Culture” by Jon Savage. Later that year, she took the roles of Elle in the short drama film “Jack Heart Jump”, and Jo in the short comedy film “Babe”.

In 2014, Joanne Tucker provide her voice in the PBS documentary mini-series “The Roosevelts: An Intimate History”, and played Eve in Alex Ross Perry’s comedy-drama film “Listen Up Philip”, next to Jason Schwartzman, Elisabeth Moss and Jonathan Pryce.

Afterwards, she landed the small role of an NSA Character in the 2016 documentary film “Zero Days”, directed by Alex Gibney. During the same year, she made guest appearances as Sandy Stearn in the episode “The Deal” of the Showtime drama series “Billions”, and as Ruthie in the episode “Hello Kitty” of the HBO comedy-drama series “Girls”. Her next role came when she featured as Gretchen in the 2019 political drama film “The Report”, starring alongside Adam Driver, Ted Levine and Annette Bening. Most recently, Joanne portrayed Emma in the 2020 comedy-drama film “Give Or Take”.

Joanne Tucker is married to famous actor Adam Driver. They met each other when both attending The Juilliard School. After dating for a while, the couple eventually exchanged their wedding vows at a private ceremony held on 22 June 2013. Three years later, they reportedly welcomed a child, but whose name remains a mystery. Both Joanne and Adam are avid animal lovers, and have a dog named Moose. Their residence is in New York City.

Who is her husband? Adam Driver 0 Short Wiki/Bio

Adam Douglas Driver was born on 19 November 1983 under the zodiac sign of Scorpio, in San Diego, California USA. He is the son of Joe Douglas Driver, and Nancy Wright, a paralegal. He and has an elder sister named April Driver. Following their divorce, his mother remarried to Rodney G. Wright, a minister in the Baptist church, and moved to Mishawaka, Indiana, where he went to Mishawaka High School.

Upon matriculation in 2001, Adam spent some time working as a telemarketer and salesman of Kirby vacuum cleaners, then following the September 11 attacks, he joined the US Marine Corps, in which he served for two years until he was medically discharged. He then briefly attended the University of Indianapolis, before enrolling into The Juilliard School, graduating with a BFA degree in 2009.

Following the graduation, Adam Driver started his acting career on stage by performing in Broadway and off-Broadway productions. His debut TV debut came when he appeared as Will Slansky in the episode “The E.I.D.” of the ABC comedy-drama series “The Unusuals” in 2009. It was followed by his portrayals of a man in the short action film “Archangel”, Jared Rock in another short film entitled “Goldstar, Ohio”, and Glen Stetson in the made-for-TV biopic “You Don’t Know Jack”, all in 2010.

In the next year, he made his film debut as Walter Lyle in Clint Eastwood’s biographical drama film “J. Edgar”, next to Leonardo DiCaprio and Naomi Watts. He then played Kylo Ren in the short sci-fi action film “Star Tours: The Adventures Continue” and Adam in the short horror film “The Basement”, also in 2011.

Adam’s big break came when he was chosen to play the lead role of Adam Sackler in the HBO comedy series “Girls”, aired for six seasons from 2012 until 2017. For his performance in the series, he received three consecutive Primetime Emmy Award nominations for Outstanding Supporting Actor in a Comedy Series. Concurrently, he continued to work on other projects – in 2012, he landed the roles of Neil in the romantic comedy film “Gayby”, Adam in the drama film “Not Waving But Drowning”, and Lev Shapiro in the comedy-drama film “Frances Ha”.

During the same year, he also featured as Evan in the short comedy film “I’m Coving Over”, played Samuel Beckwith in the biographical historical drama film “Lincoln”, directed by Steven Spielberg, and performed as Cliff Lewis in the off-Broadway production of “Look Back In Anger”, for which he won the Lucille Lortel Award for Outstanding Featured Actor in a Play.

It was followed by his portrayals of Randy in Noah Baumbach’s comedy-drama film “The Meyerowitz Stories” and Clyde Logan in Steven Soderbergh’s heist comedy film “Logan Lucky”, both in 2017. In the next year, Adam appeared as Detective Philip ‘Flip’ Zimmerman in the biographical black comedy crime film “BlacKkKlansman”, directed by Spike Lee. His performance in the film earned him an Academy Award nomination for Best Actor in a Supporting Role, as well as a Golden Globe Award nomination for Best Supporting Actor. He then played Toby Grummett in the adventure-comedy film “The Man Who Killed Don Quixote”, also in 2018.

In 2019, Adam starred in the roles of Daniel Jones in the political drama film “The Report”, and Officer Ronald Peterson in the comedy horror film “The Dead Don’t Die”.

Regarding his upcoming projects, Adam will play Henry in the musical drama film “Annette”. He will also appear as Jacques LeGris in the drama film “The Last Duel”, and as Maurizio Gucci in the crime drama thriller film “House Of Gucci”, both directed by Ridley Scott. He will star in the sci-fi thriller film “65”, and the mystery drama film “White Noise”.