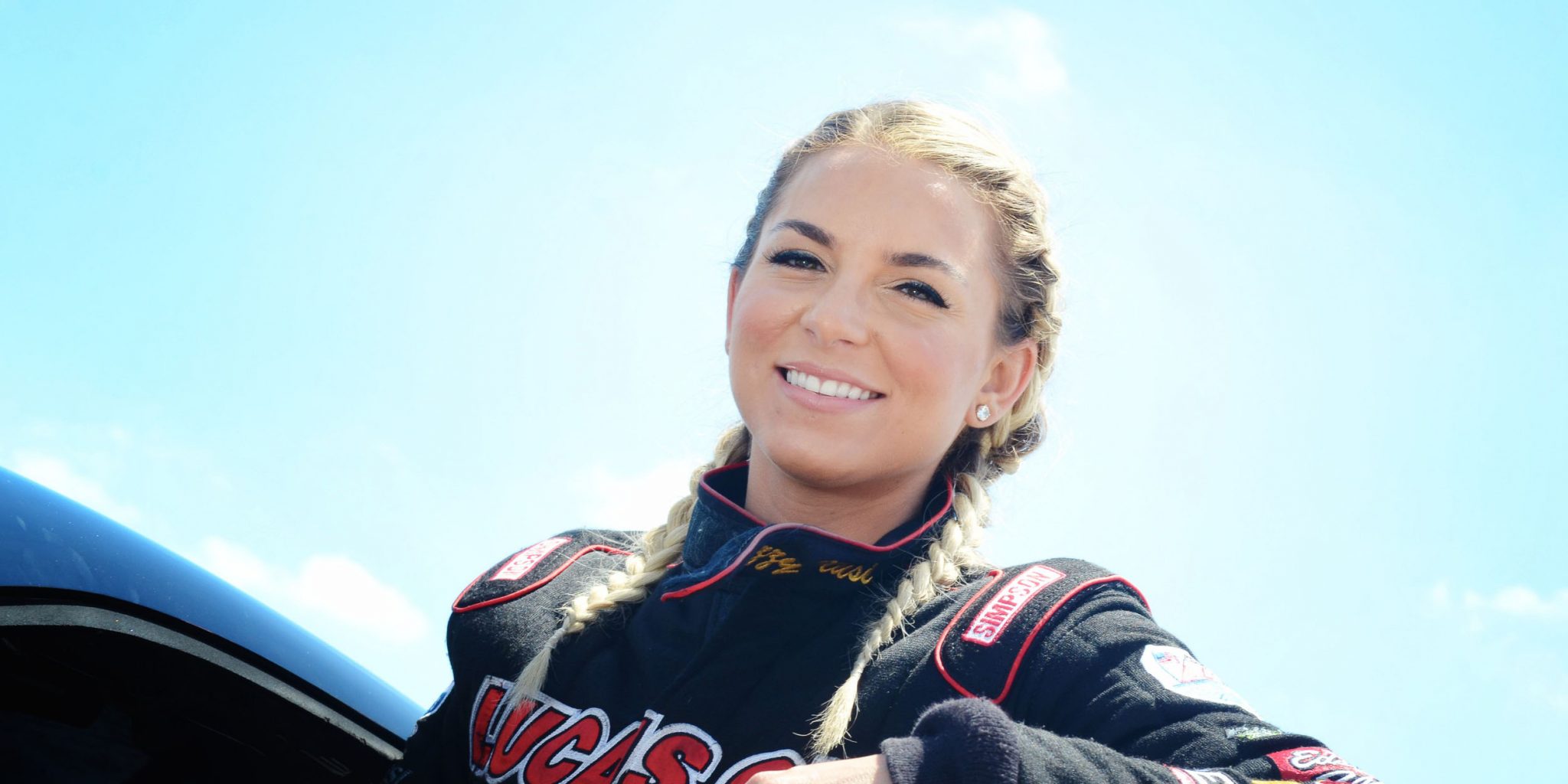 Who is Lizzy Musi?

Lizzy Musi was born in Carteret, New Jersey USA, on 1 January 1991 – her zodiac sign’s Capricorn and she holds American nationality. She’s a drag racer, but who’s probably known best for being the girlfriend of professional race car driver Kye Kelley.

Lizzy was raised alongside her young sister Patricia in Carteret, by their father Pat Musi who’s the owner of Pat Musi Racing Engines, and their mother Elizabeth who’s a former drag racer. Patricia, known better as ‘Tricia’ is also a drag racer.

Lizzy and her sister grew up surrounded by cars, and began playing with toy cars at quite an early age. Lizzy was six when her father began teaching her how to drive a kart, and aged eight, she began competing. The following eight years saw her race as a junior dragster, driving her final junior race in 2007.

She studied at Carteret High School at which she was mostly interested in sports, as she played soccer and tennis. Upon matriculating in 2009, Lizzy chose not to pursue a college degree, but to focus on racing, and helping her father with his store.

In 2012 aged 22, she moved to Mooresville in North Carolina after her father relocated his shop there.

Career as a drag racer

Lizzy’s career as a drag racer was officially launched in 2012, in the season opener of American Drag Racing League (ADRL) qualifying and winning the first round, however, she was disqualified in the second round. To learn more about cars, she spent the majority of her spare time at her father’s shop, handling car parts and ordering new ones.

The year 2013 saw her compete in the ADRL Top Sportsman, and in July 2014 Lizzy won the Professional Drag Racers Association (PDRA) National Level Pro Nitrous race at Virginia Motorsports Park, and in doing so set a record with her finishing time. In the same year, she drove over 200mph (320km/h) during the Doorslammer race, thus setting another record, and at the end of the year, Lizzy was named PDRA Rookie of the Year 2014. She was also featured on the cover page of the magazine “Drag Illustrated Hottest Issue”.

In October 2015 she once again won at Pro Nitrous, this time driven at Brian Olson Memorial PDRA World Finals, and in September 2016, Lizzy won Pro Nitrous for the third time, this time at GALOT Motorsports Park.

She has also competed in the Arabian Drag Racing League Pro Series.

Lizzy hit the wall with her drag car three times: in April 2012, March 2015 and June 2018. Luckily for her, she wasn’t injured at all, but her car suffered a lot of damage every time.

Lizzy’s quite secretive when it comes to her love life, and hasn’t shared many details, even though her fans have been very curious to learn more about the men whom she has perhaps been with.

She’s believed to have been in several relationships with drag racers, and in April 2017, Lizzy and Kye Kelley revealed that they were dating.

The two haven’t disclosed the exact date of when they began going out, however, it’s widely believed that they were together for several months before announcing it. Lizzy hasn’t mentioned any other men she has perhaps been with, while it’s known that Kye was married to a woman named Allisa from 2015 to 2017, and that they have a daughter together named Kenadeigh Alexa Kelley. He also has another daughter named Haleigh from a previous relationship.

As of March 2021, Lizzy’s dating Kye Kelly, hasn’t married and doesn’t have children.

Lizzy’s keen on working out, and has several training sessions at the gym each week, thus her fit body. She’s also following a somewhat strict diet, and avoids eating fast food.

One of her favorite things to do is to go hunting with her boyfriend, and she preferring a bow rather than with a rifle. Lizzy’s still an animal lover with dogs being her favorites, and she has a pet dog which can be seen featured in many of her Instagram pictures.

Lizzy loves to travel, and her career as a racer has taken her all around the US, while she has also vacationed in several European countries, including Greece and Italy.

She’s keen on watching movies in her spare time, and her favorite actor and actress are Vin Diesel and Angelina Jolie, while some of the films she enjoys watching the most are the franchise “Fast and Furious”, “Lara Croft: Tomb Raider” and “Girl, Interrupted”.

Kye Kelley was born in Magnolia, Mississippi USA, on 18 May 1985 – his zodiac sign’s Taurus and he holds American nationality. He’s a TV personality and a drag racer, probably known best for his leading role in the reality TV series “Street Outlaws”, which has been airing on the Discovery Channel since 2013.

He was raised alongside his sister Lacey Howell in Magnolia, by their father Kyle who was a factory worker, and their mother Tammy who was a hairdresser. Kyle was allegedly addicted to alcohol and drugs, and most of the time it was just Tammy raising the kids.

Mostly because he wanted to help his mother, Kye began working aged 13, milking cows and bagging groceries at a supermarket in Progress, Mississippi. When he was 15, he was able to buy his first car, and was because of it somewhat popular at the South Pike Senior high school which he attended. There were races organized close to his home every Sunday, and this is how he became interested in racing.

Upon matriculating in 2003, Kye was offered a partial scholarship, but was unable to pay for the rest of his college tuition, and thus decided not to pursue a college degree. Before becoming a full-time drag racer, he worked at an oil refinery, and eventually became the youngest boss at the company, in charge of a team made of 250 people.

He has been into street racing since his teenage years, and gained recognition in 2014 when challenged by OKC Daddy Dave who won, but only by a couple of inches. In the following year, the two met again at 16-Car Cash Days race held in Texas, when Kye beat him as well as several other popular racers, including Bobby ‘Hollywod’ Treadwell and Big Chief. In August 2015, he faced Mike Murillo and beat him at Thunder Valley Raceway Park, however, Kye was disqualified after it was revealed that he left the start line too early.

He’s perhaps mostly popular for his 1992 Chevy Camaro, which he calls ‘The Shocker’. He bought the car back in 2012, and has heavily modified it since then.