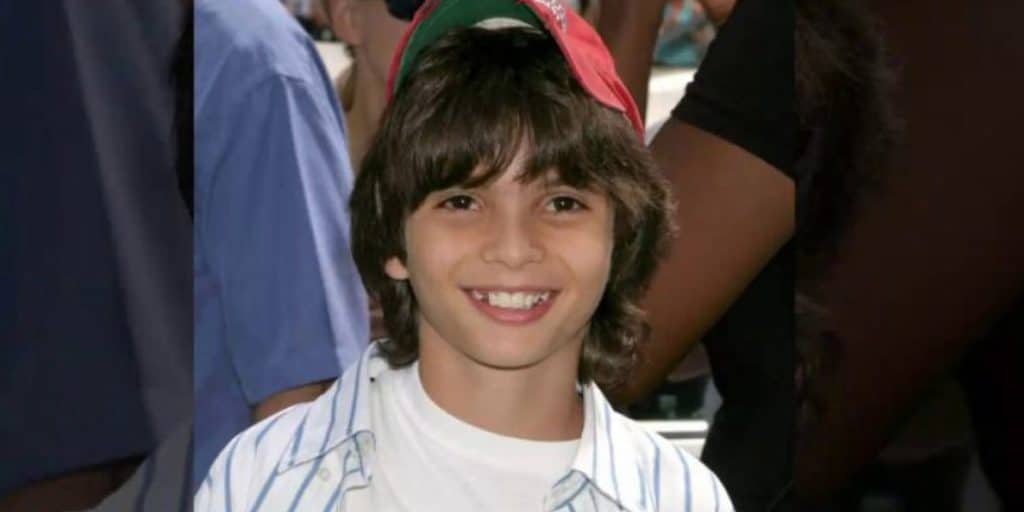 Who is Zach Tyler Eisen?

Zachary Tyler ‘Zach’ Eisen was born in Stamford, Connecticut USA, on 23 September 1993 – his zodiac sign is Libra, and he holds American nationality. He’s a former voice actor with close to 20 credits to his name, and is perhaps still known best for his voicing of Lucas Nickle in the 2006 animated adventure comedy movie “The Ant Bully”. Written and directed by John A. Davis, it starred Paul Giamatti, Nicolas Cage and Julia Roberts, and follows Lucas Nickle who has flooded an entire ant colony with his toy water gun, while he has now been shrunken down to the size of an ant, and ordered by the ants to do hard physical work. The movie won one of the five awards for which it was nominated.

This guy is like a little hero for me..!He gave the best avatar of the universe his voice and made Aang so alive … THANK YOU SOO MUCH Zach Tyler Eisen..!!#Aang #ZachTylerEisen~Azula

Zach prefers to stay away from the media’s attention, and not a lot is known about his life since his retirement from acting, except for a couple of talk-show appearances, but during which he hasn’t elaborated on his current career or lifestyle.

Zach was raised in Stamford alongside his sister Mackenzie, by their mother Lauren, and their father who prefers to be left out of media. Not a lot is known about Zach’s family, as he respects their privacy.

Zach was kind of thrown into the film industry, as he was noticed by a talent scout when he was only four years old, while he made his debut film appearance in 1999, aged five, with his portrayal of Lukas, in the romantic comedy movie “Entropy”.

It was written and directed by Phil Joanou, starred Stephen Dorff and Judith Godreche, and follows Stephen who has begun dating a model, and is directing his first movie. Zach then continued on acting for the following nine years, before quitting the industry in 2008.

He studied at Westhill High School in Stamford, from which he matriculated in 2011, and although he hasn’t spoken of his further education, it’s said that Zach attended Syracuse University, from which he graduated with a Bachelor of Arts degree in 2015.

In 2000, Zach voiced Little Red Fish in the episode “Fish Out of Water” of the popular animated adventure comedy “Dora the Explorer”, and between 1999 and 2002, he voiced Andrew Mulligan in the animated family drama “Little Bill”.

It was created by Bill Cosby, starred Gregory Hines, Xavier Pritchett and Phylicia Rashad, and follows the life of a five-year-old boy with a big imagination; the series won six of the 14 awards for which it was nominated.

Between 2004 and 2006, Zach voiced Pablo in the animated adventure comedy “The Backyardigans”, created by Janice Burgess, and which starred LaShawn Jefferies, Sean Curley and Jonah Bobo. The series follows a group of friends who are playing in their shared backyard, and it won four of the 20 awards for which it was nominated. Later in 2006, Zach voiced Lucas Nickle in the episode “Monster Truck” of the short animated comedy mini-series “The Ant Bully”, and the following year he was the voice of Aang, in three episodes of the short animated comedy “Avatar: Super Deformed Shorts”.

From 2005 and until he quit the film industry in 2008, Zach voiced the main character Aang, as well as several other characters, in the critically acclaimed animated action adventure “Avatar: The Last Airbender”, created by Michael Dante DiMartino and Bryan Konietzko, and which also starred Dee Bradley Baker and Mae Whitman. It follows Aang, the only person capable of controlling the air, who has to help put a stop to the Fire Nation; the series won 10 awards, including a Primetime Emmy, while it was nominated for six other awards.

In 2001, Zach portrayed Andrew Mulligan in the short dramas “Little Bill: What I Did at School”, and “Little Bill: Me and My Family”.

In 2003, he played Boy in the musical comedy “Marci X”. Directed by Richard Benjamin who also starred in it alongside Lisa Kudrow and Damon Wayans, the film follows a Jewish-American princess who has taken control of a record label; it was nominated for four awards. The year 2005 heard Zach voice Pablo, in the short animated drama “The Backyardigans: The Snow Fort”, and he voiced him once again in the 2006 short animated film “Nick Jr. Favorites Holiday”.

His final movie role, before leaving acting behind him, was his voicing of Kibo, in the English version of the 2008 animated adventure comedy “Doraemon the Movie: Nobita and the Green Giant Legend”.

In 1998, aged four, Zach made a guest appearance in the talk-show “The Tonight Show with Jay Leno”.

Zach worked as a producer and an assistant director on the 2015 drama series “Truth or Dare”, which marked his brief return to the film industry.

Zach’s highly secretive when it comes to his love life, and hasn’t spoken of any girls (or boys) whom he has perhaps been with. This is perhaps why there are various rumors circulating the internet, concerning both his sexual orientation and current relationship status.

Posted by Topstarbirthdays on Thursday, September 23, 2021

Some of his fans believe him to be gay, because Zach hasn’t been seen spending time with any girls, nor has he uploaded any pictures which feature girls onto his Instagram account. A fan has even claimed to have seen Zach spending time with a boy who could perhaps be his boyfriend, however, no evidence has been provided to support these claims, nor has Zach commented on this.

There are also some who believe that he’s today in a relationship with a non-celebrity girl, and prefers to keep her away from media; this hasn’t been confirmed either.

As of August 2021, Zach seems to be single, hasn’t married, and doesn’t have children.

Zach enjoyed travelling during the time he was active in the film industry, which took him to several US states, while his dream travel destination was Los Angeles, California.

He’s today physically highly active, and has four to five training sessions at the gym each week, thus his muscular body. Zach has made his Instagram account private, however, those who are following him can see the pictures which feature him shirtless. He also enjoys playing sports, including football and soccer.

Zach’s a huge lover of animals, and has apparently volunteered at an animal shelter close to his house.

He has his own favorite actors and actresses, some of whom are Samuel L. Jackson, Will Smith and Kate Winslet, and a couple of his favorite movies are “Django Unchained”, “I, Robot” and “The Eternal Sunshine of the Spotless Mind”.

As of August 2021, his net worth has been estimated at over $3 million.