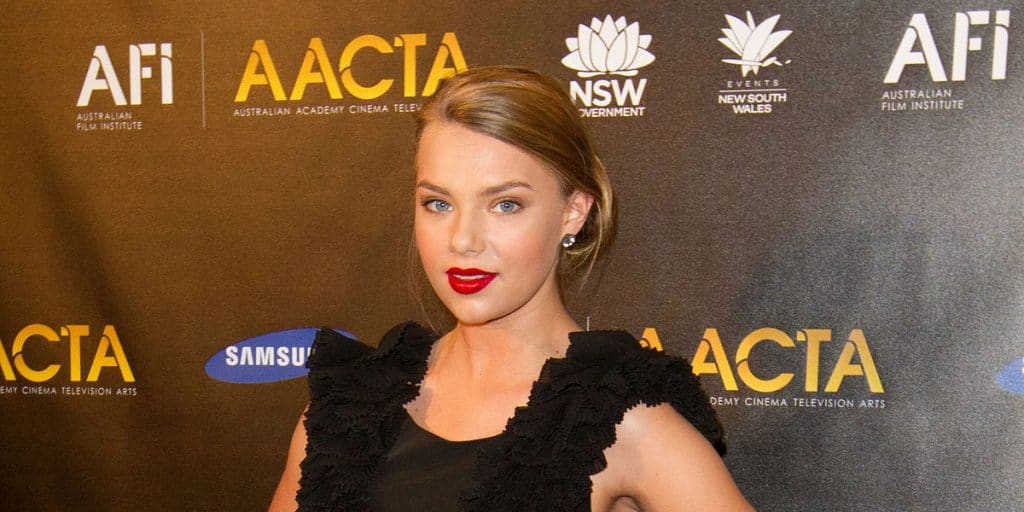 What is Indiana Evans from “Blue Lagoon” doing now? Biography

Who is Indiana Evans?

Indiana Rose Evans was born in Sydney, New South Wales, Australia on 27 July 1990 – her zodiac sign is Leo, and she holds Australian nationality. She’s an actress and a singer-songwriter, perhaps still known best for her portrayal of the lead character Emmaline ‘Emma’ Robinson in the 2012 romantic drama movie “Blue Lagoon: The Awakening”. It was written by Matt Heller, based on the novel by Henry De Vere Stacpoole, and directed by Mikael Salomon. The film also starred Brenton Thwaites and Denise Richards, and follows two teenagers who have got themselves stranded on a tropical island, and are now trying their best to survive, while steadily falling in love with one another.

Indiana was raised alongside her siblings Max and Alexis in Sydney, by their parents who prefer to be left out of media, thus not a lot is known about them. They were very supportive of Indiana’s desire to become an actress and a dancer, and took her to many auditions held in Sydney.

Indiana was seven years old when she began taking ballet lessons, and soon switched to tap and jazz. She became interested in acting while still attending a local elementary school, and in 2003 aged 12, she made her debut TV series appearance in the episode “Destiny’s Child” of the drama “All Saints”.

Indiana gained recognition in the same year, when cast to play Abbie Oakley,  one of the main characters in the drama series “Snobs”. It was written by Noel Price and Nick Wilson, also starred Ross Perrelli and Ella Roberts, and follows the friendship between the daughter of a wealthy man, and the son of nomads known as Ferals.

Indiana then enrolled at Newtown High School of the Performing Arts, but quit because she wanted to work on her acting career. She decided to take a correspondence course, however, she quit this as well, and chose to dedicate her time to acting.

Indiana became popular with her portrayal of Matilda Hunter in the long-running romantic drama “Home and Away”.

It was created by Alan Bateman, today stars Ray Meagher, Lynne McGranger and Emily Symons, and follows the lives of people of Summer Bay, a small city outside of Sydney. The series has been airing since 1988, while Indiana was a member of the main cast from 2004 to 2008.

The year 2008 saw her guest star as China Williams in the episode “Schoolies” of the mystery crime drama “The Strip”. In 2009 and 2010, Indiana starred as Bella in the family fantasy drama “H2O: Just Add Water”, created by Jonathan M. Shiff, also starred Cariba Heine and Phoebe Tonkin, and follows three girls who have become mermaids, and have received special powers. The series won two of the eight awards for which it was nominated.

She made her debut film appearance in 2009, with her portrayal of Lara Boyd-Cutler, in the short thriller “Burden”, and the same year saw her appear in her first feature film, the crime drama “A Model Daughter: The Killing of Caroline Byrne”.

In 2010, Indiana starred as Georgie, in the short drama “At the Tattooist”, and she also played Naomi Tate, one of the main characters in the action adventure drama “Arctic Blast”. It was written by Jason Bourque, directed by Brian Trenchard-Smith, and also starred Michael Shanks and Alexandra Davies. It follows a solar eclipse that has sent a blast of chilled air to Earth, which now threatens to turn the entire planet to ice.

Indiana has appeared in only two other movies: the 2011 short action fantasy “Smith”, and the 2012 short comedy “Gingers”, starring in both.

Although she hasn’t been active in the film industry since 2015, Indiana hasn’t officially retired from acting.

Indiana has been credited with singing various songs in the series “H2O: Just Add Water”, with a couple of the most popular amongst these having been “No Ordinary Girl”, “I Don’t Mind” and “Pretty Baby”.

She could’ve been seen featured in the TV specials “The 2007 TV Week Logie Awards” and “Inside Film Awards”.

Indiana has been nominated for five awards for her performance in the series “Home and Away”, winning one: a 2008 Dolly Teen Choice Award for Queen of Teen.

Indiana has been very open in regards of her love life, and there are three men whom she has dated that the public knows about.

In 2006, she started going out with Rhys Wakefield, her co-star from the series “Home and Away”. The two could’ve been seen walking the streets while holding hands, but were together for only a couple of months before breaking up for unknown reasons.

In 2007, Indiana began dating Australian actor Lincoln Lewis, who’s known best for his performance in the movie “Tomorrow”. The two were together until late 2008.

In 2009, Indiana started seeing Angus McLaren, another Australian actor, perhaps known best for his performance in the series “Packed to the Rafters”.

The two were together for three years, and there were rumors circulating the internet, that they were planning to marry, but these haven’t been confirmed, and it certainly didn’t happen.

Some have claimed that Indiana has recently exchanged vows with her long-term boyfriend, and that she has thus decided not to return to acting, but to focus on her family life. This hasn’t been confirmed either.

Indiana’s a cat-lover, and her pet cat Meemo can be seen featured in many of her Instagram pictures.

She loves to listen to music, and her favorite two singers are Delta Goodrem and Beyonce.

Indiana has her own favorite actors and actresses, some of whom are Cate Blanchet, Cameron Diaz and Matt Damon, while her favorite movies are the trilogy “The Lord of the Rings”, “Ocean’s 8”, and “The Curious Case of Benjamin Button”.

She loves to travel, and has already been to a couple of US states, several European countries, as well as to Japan and China in Asia.

Indiana’s taking good care of her physique, and thus has a couple of training sessions at the gym each week, while she’s also following a strict diet.