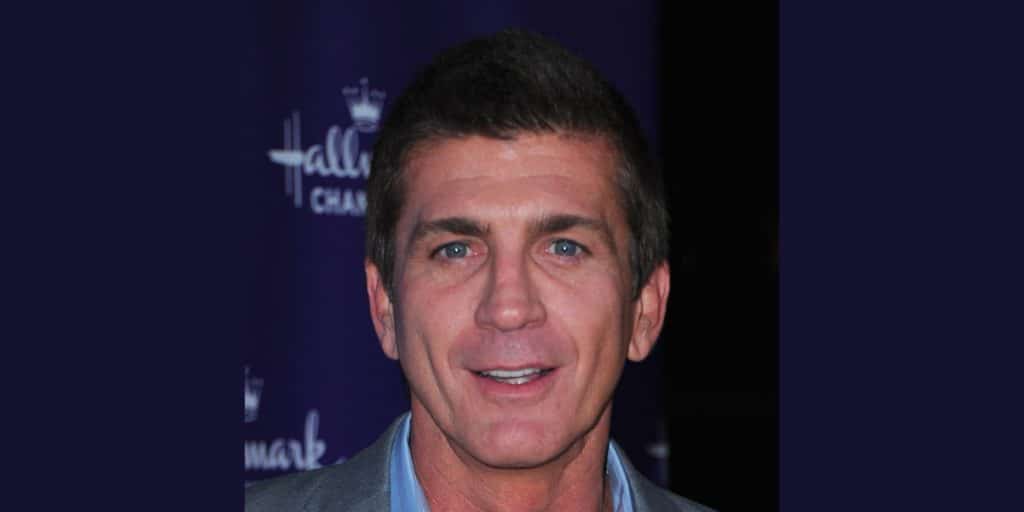 Who is Joe Lando?

Joseph John ‘Joe’ Lando was born in Prairie View, Illinois USA, on 9 December 1961 – his zodiac sign is Sagittarius and he holds American nationality. He’s an actor who has been credited with appearing in around 55 movies and TV series, while he’s probably still known best for his portrayal of Byron Sully, one of the lead characters in the family western series “Dr. Quinn, Medicine Woman” created by Beth Sullivan, and which also starred Jane Seymour and Shawn Toovey. It follows the life of a female doctor living in a small town in the Wild West; the series aired from 1993 to 1998, and won 20 awards including a Golden Globe, while it was nominated for 44 other awards.

Joe was raised in Prairie View alongside his 10 years senior sister Kathy by their parents Virgina and Joe Lando, about whom nothing is known as they prefer to be left out of the spotlight.

Joe studied at Stevenson High School located in Lincolnshire, Illinois, and although he appeared in several plays performed at the school, he had no plans of pursuing a career in the film industry. Upon matriculating in 1979, he decided not to pursue a college degree but to find a job and financially support himself. He worked various jobs in the following a couple of years, and it was while working as a cook at a restaurant in Hollywood that he was noticed by a film director, attended his first audition, and won his first role.

Joe made his debut film appearance in 1986, with his portrayal of Shore Patrolman in the critically acclaimed action adventure comedy “Star Trek IV: The Voyage Home”, written and directed by Leonard Nimoy who also starred in it alongside William Shatner and DeForest Kelley.

It follows Admiral James T. Kirk and his crew who have travelled through time to 1986 San Francisco, to bring humpback whales back with them as they are the only creatures able to communicate with an alien probe which could lead to Earth’s destruction. The movie won four of the 22 awards for which it was nominated, including four Oscar nominations.

A couple of Joe’s following roles were in the 1990 crime comedy “I Love You to Death” the 1994 thriller drama “Shadows of Desire”, and the 1997 crime thriller drama “Any Place But Home”. He reprised his role as Byron Sully in the movies “Dr. Quinn Medicine Woman: The Movie” in 1999, and “Dr. Quinn, Medicine Woman: The Heart Within” in 2001. In 2011, he was cast to play Jack Jameson, one of the lead characters in the comedy “Perfectly Prudence” directed by Paul Schneider, and which also starred Jane Seymour and Valerie Azlynn.

It follows Prudence McCoy who’s running her own show on household tips, and Nigel and his daughter Annie MacIntyre who are the only two people allowed to help her with producing the show. Joe was then invited to play supporting characters in the 2012 drama “Born Wild”, the 2015 action adventure drama “Earthfall”, and the 2016 romantic family drama “Casa Vita”.

Three of his most recent roles in movies have been in the 2020 short horror thriller “Hammurabi”, the 2020 comedy drama “Friendsgiving”, and the 2020 romantic drama “A Very Charming Christmas Town”. Joe’s currently shooting as Sam Moses for the upcoming adventure drama “Paloma’s Flight”, set to be released by the end of 2021.

Joe made his debut TV series appearance in a 1989 episode of the drama “Nightingales”, and was then invited to appear in an episode or two of many series, such as the crime fantasy drama “Beauty and the Beast”, the long-running romantic drama “One Life to Live”, and the comedy “The John Larroquette Show”.

In 2000, he played one of the lead characters, Peter Scarbrow in the drama “Higher Ground” created by Michael Braverman and Matthew Hastings, and which also starred A. J. Cook and Hayden Christensen. The series follows Peter Scarbrow who has just become the headmaster of the school for teens at risk, Mount Horizon. In 2005, he played a supporting character in the romantic family drama “Wildfire”, while a couple of Joe’s following roles were in the mystery crime drama “NCIS”, the romantic drama “Melrose Place”, and another romantic drama “The Bay”. The year 2012 saw him portray John Blackwell in the fantasy horror drama “The Secret Circle”, which follows a 16 year-old girl who after her mother’s mysterious death, discovers that she’s a witch. The series won one of the three awards for which it was nominated.

Joe’s most recent role in a TV series has been his portrayal of Judge Craig McMullen in 13 episodes of the romantic drama “The Bold and the Beautiful” in 2018. The series has been running since 1987, and numbers around 8,300 episodes, despite receiving mostly poor reviews.

Joe has one writing and three producing credits. In 1997, he made his producing debut with the short crime movie “Crime Defense”, and in 2000 he produced 22 episodes of the series “Higher Ground”. In 2016, Joe both wrote and produced the short action crime movie “Spotlight 2”, which received mostly positive reviews.

He has been featured in several documentaries, including the 2002 movie “The Making of Bret Michaels”, and the 2006 series “Biography”.

Joe has made a guest appearance in many talk-shows, such as “The Rosie O’Donnell Show”, “The Daily Show” and “Tracey Takes On…”

Joe has been nominated for four awards, winning two: a 1996 Family Film Award for Outstanding Actor in a Series, and a 1997 Western Heritage Bronze Wrangler Award for Fictional Television Drama, both for his performance in the series “Dr. Quinn, Medicine Woman”.

Joe has been secretive regarding of his love life since the launch of his acting career, and hasn’t shared any details concerning his non-celebrity wife Kirsten Barlow with the public. The two exchanged vows on 24 May 1997 in front of their closest family members and a couple of friends, and although neither has spoken of how and when they met, it’s widely believed that they were together for three years before marrying.

Neither Joe nor Kirsten have spoken of any other people they have perhaps been with, and as of April 2021, Joe’s married to Kirsten Barlow and has four children.

In 1993, Joe was featured in the list ’50 Most Beautiful People’ compiled by “People Magazine”.

He has performed his own stunts in most of the movies and TV series he has appeared in, as he believes it makes him feel more connected to the character he’s playing – some of these stunts include running on top of a moving train, and eating worms.

Joe’s a family man who prefers to spend his spare time with his family, rather than to attend parties and movie events with his fellow actors and actresses.

He’s keen on travelling, and Joe has been to various cities around the world. with his dream travel destination being Dubrovnik in Croatia.

In his spare time he enjoys watching movies starring his favorite actor and actress Heath Ledger and Meryl Streep, such as “The Dark Knight”, “Brokeback Mountain” and “Kramer vs. Kramer”.