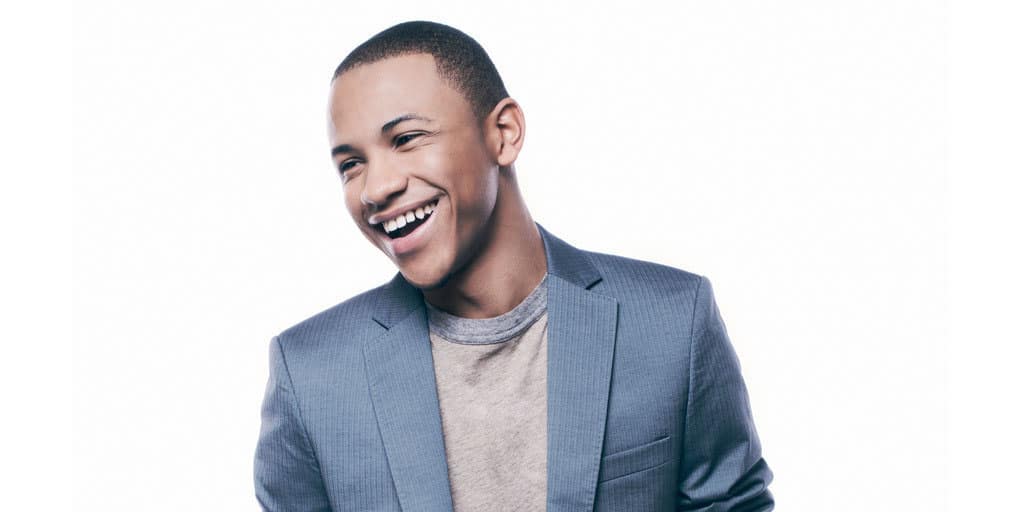 What is Tequan Richmond doing now? Age, Height, Net Worth

Tequan Richmond was born on 30 October 1992 under the zodiac sign of Scorpio, in Burlington, North Carolina USA. He’s a 28-year-old actor and model, probably best recognized for landing the role of Drew Rock in the UPN/CW sitcom “Everybody Hates Chris” (2005-2009) and featuring as T.J. Ashford in the ABC soap opera “General Hospital” (2012-2018). He is also known as a rapper under the stage name T-Rich.

How rich is he, as of now? Tequan Richmond Net Worth

As of mid-2021, Tequan Richmond’s net worth is estimated at over $500,000; earned through his successful career in the entertainment industry as an actor and model, who has worked on more than 30 television and film titles.

Moreover, he has increased his fortune through his music career. He launched his career back in the early 2000s.

Tequan Richmond spent his early years in his hometown of Burlington, where he was raised by his father, Anthony William Richmond, whose profession is unknown, and his mother, Temple Poteat, an actress known for “So Here’s What Happened”, and “Bye Bye Bastard”. He is an only child; he holds American nationality, and belongs to African-American ethnic group. Regarding his education, it’s known only that Tequan attended Haw River Elementary School.

Teuqan Richmond’s career began when he settled down with his family in Los Angeles, California in 2001, and started working as a model. He appeared in numerous national commercials for such brands as Sears, Nintendo DS, Brand Jordan, Verizon Wireless, Pepsi, Tide, and McDonald’s, among many others. He also appeared in a national Spalding basketball commercial alongside Paul Pierce, a former professional basketball player for the Boston Celtics. Besides that, Tequan featured in various magazine ads for National Geographic, Reader’s Digest, Sports Illustrated, and Newsweek, and was also the face of a national Nestlé print ad.

Career Beginnings on Film and TV

Although Tequan Richmond didn’t initially intend to become an actor, things eventually changed, as his modeling career led him to several minor television roles. He made his debut appearance as a boy in an episode of the NBC medical drama series “ER” in 2002, followed in 2003 by his portrayal of Tramelle Willis-Tombs in an episode of the CBS procedural forensics crime drama series “CSI: Crime Scene Investigation”. The same year, Tequan starred as Andree Lee in the made-for-TV film “The Law And Mr. Lee”, which follows the story of an ex-convict who becomes a private detective. He then continued by making guest appearances in such TV series as “Cold Case”, “The Shield”, and “Strong Medicine”.

Tequan Richmond’s debut feature film appearance came in 2004, when he played Ray Charles Jr. in the independent biographical musical drama “Ray”, written by James L. White and directed by Taylor Hackford. The film follows the life of the legendary rhythm and blues musician Ray Charles, and starred Jamie Foxx in the title role, Kerry Washington and Terrence Howard. It was both a critical and commercial success, grossing over $120 million against the budget of $40 million.

Thereafter, he gained enormous popularity after being chosen to portray Drew Rock, a younger brother of the title character in the period sitcom “Everybody Hates Chris”, which represents a parody of the highly popular CBS sitcom “Everybody Loves Raymond”.

The series was created by Ali LeRoi and Chris Rock, and its first season was aired on UPN, after which the series was moved to The CW for three more seasons, running from 2005 to 2009, and receiving critical acclaim. Concurrently, he continued to work on other projects, landing the supporting role of a principal basketball player in the 2006 adventure drama film “The Celestine Prophecy”, after which he guest-starred in such TV series as “All Of Us”, “Numb3rs”, “Private Practice”, and “Memphis Beat”, to name a few.

Tequan Richmond’s next major role came in 2012, when he joined the cast of the daytime soap opera “General Hospital”, in which he starred in the recurring role of T.J. Ashford until 2018.

The series has been aired on the ABC network since 1963, and holds the Guinness World Record for the longest-running daytime soap opera. His performance in the series earned him three Daytime Emmy Award nominations in the category of Outstanding Younger Actor in a Drama Series.

In 2013, he played Lee Boyd Malvo in the independent drama film “Blue Caprice”, directed by Alexandre Moors, and featured as Chris Johnson in the direct-to-video comedy film “House Party: Tonight’s The Night”, which is the fifth installment of the “House Party” franchise. He then took the role of TC in the 2016 made-for-TV drama film “Ringside”, which was followed by his portrayal of David in the 2017 crime thriller film “Nowhere, Michigan”.

In 2018, Tequan Richmond played Gabe in the crime film “Savage Youth”, written and directed by Michael Curtis Johnson, and Andre Dixon in the horror crime “Thriller”, alongside Jessica Allain and Mitchell Edwards. During the same year, he was cast as Christian Fulner in the teen comedy streaming series “All Night”, released on Hulu. In the following year, Tequan portrayed Connor in the Netflix crime fantasy horror series “The Unsettling”, after which he took the main role of Bryson Broyer in the BET comedy series “Boomerang” from 2019 to 2020. He then had a part in the 2020 made-for-TV crime film “Blood On Her Badge”.

Apart from acting, Tequan pursues his career in the music industry as a hip hop artist, better known by his stage name T-Rich.

Moreover, he’s working towards his career as a music producer. Most recently, he made his directing debut with the music video for the song “In It” by Jules Works and featuring J Stone.

Tequan Richmond has short dark brown hair and dark brown eyes. He stands at a height of 5ft 7ins (1.72m), while his weight is around 154lbs (70kgs). Information about his vital statistics, biceps size, and shoe size isn’t available.

Tequan Richmond is in a relationship with actress Tetona Saba Jackson – the couple is currently expecting their first child, a daughter who will be named Harlie Giselle Richmond. The couple’s current residence is in Los Angeles, California.

In his spare time, Tequan enjoys traveling around the globe, and playing basketball; his favorite basketball player is Michael Jordan. He also enjoys golfing and bowling. He is a big fan of Six Flags Magic Mountain and Go-Kart World.