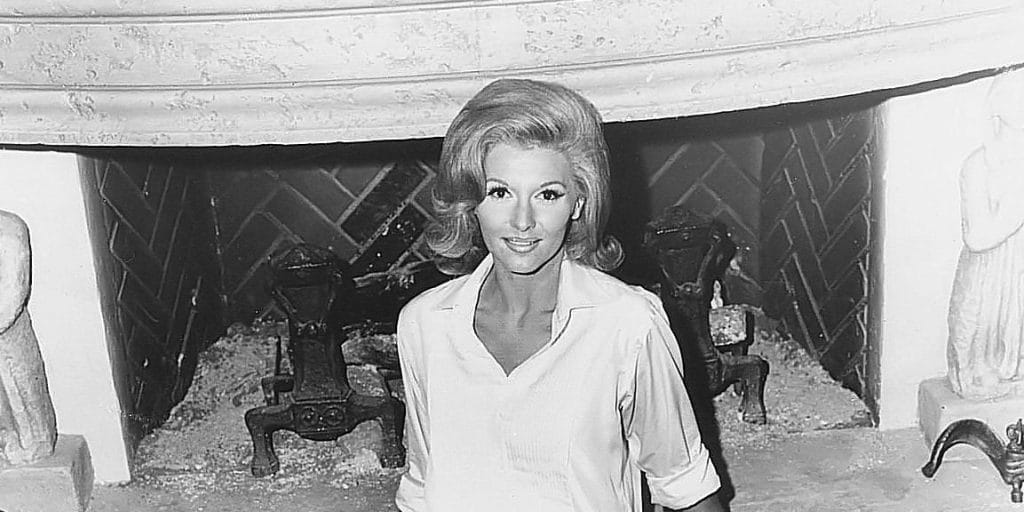 Where is Nancy Kovack today? What is she doing now? Wiki

Who is Nancy Kovack?

Nancy Kovack was born in Flint, Michigan USA, on 11 March 1935 – her zodiac sign is Pisces and she holds American nationality. She’s a retired actress, who’s still remembered for her portrayal of the lead character Medea in the 1963 family action adventure movie “Jason and the Argonauts”, written by Jan Read and Beverley Cross, directed by Don Chaffey, and which also starred Todd Armstrong and Gary Raymond. It follows a Greek hero who’s leading his team of adventurers in search of the legendary Golden Fleece.

Nancy retired from acting in 1976, and today seems to be leading a peaceful life with her husband.

Nancy was raised an only child in Flint, by her mother who was a housewife, and her father who worked as the manager of the American multi-national corporation General Motors.

She was a gifted child, who enrolled at the University of Michigan when she was only 15, and in 1954 aged 19 graduated with her Bachelor of Arts degree in theatre. Before launching her acting career she was a model, and entered various beauty pageants, winning around 10.

Nancy appeared in around 50 movies and TV series before retiring and we’re about to mention more of her most notable performances in this article.

She became interested in pursuing an acting career during her visit to New York to attend her cousin’s wedding, and Nancy made her debut TV series appearance with her portrayal of Prizefighter’s girl in the 1958 episode “Morris vs Dakis” of the drama “The Verdict Is Yours”. She then played three characters in three episodes of the comedy “The United States Steel Hour”, while the following years saw Nancy make a guest appearance in an episode of various series’, such as the “Kraft Mystery Theater”, the crime horror drama “The Alfred Hitchcock Hour”, and the crime adventure comedy “Bob Hope Presents the Chrysler Theatre”.

She gained recognition in 1963, when she appeared in four episodes of the popular crime action adventure “Burke’s Law”, and in 1966, Nancy played Dina Brandt in the episode “The Case of the Golfer’s Gambit” of the hit mystery crime drama “Perry Mason”, created by Erle Stanley Gardner, and which starred Raymond Burr, Barbara Hale and William Hopper. It follows one of the best criminal defense lawyers, who takes on only the hardest of cases – the series won six awards including a Golden Globe, while it was nominated for six other awards.

Nancy continued to appear in an episode or two of various series, such as the comedy “The Double Life of Henry Phyfe”, the war adventure comedy “The Wackiest Ship in the Army”, and the crime action adventure “The Man from U. N. C. L. E.”.

From 1964 to 1969, she played two characters in five episodes of the family fantasy comedy “Bewitched”, created by Sol Saks, and which starred Elizabeth Montgomery, Dick York and Dick Sargent. It follows the life of a witch who’s married to an ordinary man, and it won 13 of the 55 awards for which it was nominated, including four Golden Globes nominations.

Three of Nancy’s final roles in TV series before retiring from acting, were in the 1975 episode “The Klae Dynasty” of the adventure science fiction “The Invisible Man”, the 1976 episode “Long Time Dying” of the crime drama “Bronk”, and later in 1976 in the episode “Blood Lines” of the crime action drama “Cannon”.

Nancy made her debut film appearance in 1960, with her portrayal of Marcia in the popular romantic drama “Strangers When We Meet”, which also starred Kirk Douglas, Kim Novak and Ernie Kovacs, and follows a married architect who’s cheating on his wife with a beautiful married woman who lives down the street.

She was then invited to play supporting characters in several rather mediocre movies, such as the 1961 romantic comedy “Cry for Happy”, the 1963 horror “Diary of a Madman,” and the 1965 western comedy “The Outlaws Is Coming”. Nancy gained recognition in 1966, with her portrayal of Barbara in the action adventure comedy “The Silencers”, written by Oscar Saul based on the novel by Donald Hamilton, and directed by Phil Karlson. The movie starred Dean Martin, Stella Stevens and Daliah Lavi, and follows a retired agent who’s being asked to return to work to help stop the terrorists who are trying to start World War III; it was nominated for two awards. Nancy’s following roles were mostly in popular movies such as the 1966 romantic musical comedy “Frankie and Johnny”, the 1967 romantic comedy “Enter Laughing”, and the 1968 romantic comedy “The Night of the Angels”.

Her final movie role before retiring from acting was in the 1969 science fiction adventure drama “Marooned”, written by Mayo Simon and based on his novel, and which starred Gregory Peck, Richard Crenna and David Janssen. It follows three American astronauts waiting to be saved after their retros failed to fire. The movie won an Oscar for Best Effects, Special Visual Effects for Robie Robinson.

In 1961, Nancy competed in the family game-show “Number Please”.

In 1969, she featured in the documentary movie “The Trout”.

The year 1973 saw her make a guest appearance in the episode “Fashion Show” of the talk-show “The Merv Griffin Show”.

In 2006, Nancy was featured in the TV special “The Kennedy Center Honors: A Celebration of the Performing Arts”.

Nancy was nominated for two awards: a 1964 Golden Laurel Award for Top Female New Face (placed 13th), and a 1969 Primetime Emmy Award for Outstanding Single Performance by an Actress in a Supporting Role for the episode “The Girl Who Came In With The Tide” of the action crime series “Mannix”.

Nancy married her other half, Zubin Mehta, in 1969 in a small and private ceremony attended by their closest friends and family members. Zubin was born in Bombay, British India, and is a conductor of classical music, while he has also been the Los Angeles Philharmonic’s music director. After he was hired to work as the Bavarian State Opera’s music director, he and Nancy moved to Munich in Germany, where they stayed for close to half a year.

Nancy has given birth to two of her and Zubin’s children, however, neither the dates of birth nor the names of children are known, as Zubin and Nancy prefer to keep their kids away from the media’s attention.

She hasn’t spoken of any other men whom she has perhaps been with, so as of April 2021, Nancy’s married to her husband of 51 years Zubin Mehta, and they have two children.

Sometime in the early ‘90s, Nancy filed a lawsuit against her former personal assistant Susan McDougal for embezzlement, however, Susan was found not guilty of all 12 charges, and she then sued Nancy for malicious prosecution in 1999, a case which ended with a settlement.

Nancy has been a fan of travelling since her early teenage years, and her career had taken her all around the US visiting nearly all states, while she also travelled to various European and Asian countries.

Her dream travel destination is Paris in France.

She’s an animal lover, and has had many pet cats and dogs. Today, Nancy’s a supporter of the organization People for the Ethical Treatment of Animals (PETA).

She has her own favorite actors and actresses, some of whom are the late Marlon Brando, the late Elvis Presley, and Meryl Streep – some of her favorite movies are “A Streetcar Named Desire”, “Viva Las Vegas” and “Kramer vs. Kramer”.