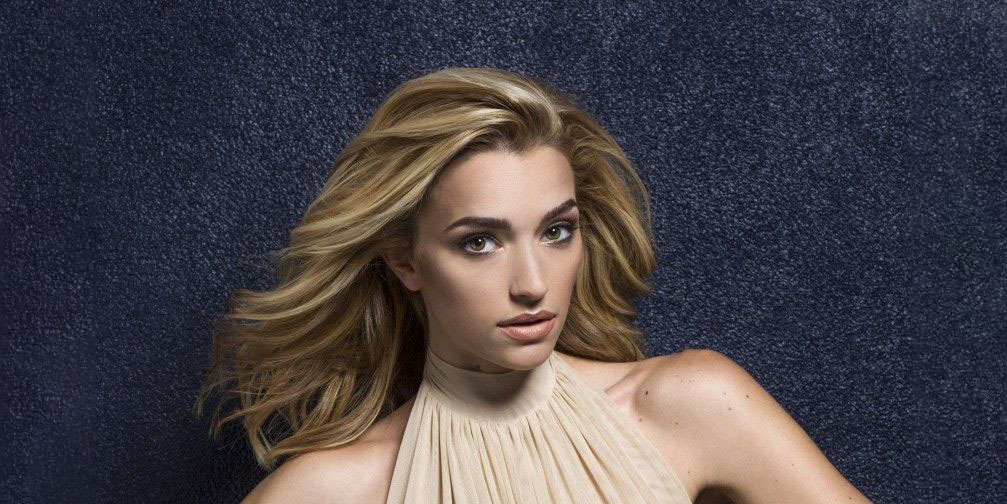 Who is Brianne Howey from ‘Ginny and Georgia’? Biography

Brianne Nicole Howey was born in Los Angeles, California USA, on 24 May 1989 – her zodiac sign is Gemini and she holds American nationality. She’s an actress who’s probably known best for her portrayal of Georgia Miller, one of the lead characters in the 2021 comedy series “Ginny & Georgia”, created by Sarah Lampert and which also stars Antonia Gentry and Diesel La Torraca. It follows the lives of the 15 year-old girl Ginny Miller and her mother Georgia.

Brianne was raised in Los Angeles alongside her four younger siblings by their parents, who prefer to be left out of media.

She became interested in acting while attending an all girls’ Catholic school, and in 2003 she enrolled at Flintridge Sacred Heart Academy at which Brianne performed with the school’s improvisational comedy troupe. After she matriculated in 2007, she enrolled at New York University’s Tisch School of the Arts, and in 2008 launched her acting career with her portrayal of Jess Ramsey, one of the lead characters in the short comedy movie “Suckerpunch”. Brianne went on to star in the short movie “Appropriate Sex and Party Favors”, and in 2010 made her debut TV series appearance with her portrayal of Stacey in the episode “The Bachelors” of the romantic comedy “90210”.

Some of her following roles were in the short films “The Great Belle and Bill Slater” and “Baby Ruth”, and the TV series’ “NCIS” and “The Middle”.

Brianne obtained her Bachelor of Arts degree in theatre in 2011, and then chose to focus on her career as an actress.

In 2012, Brianne played Eve in three episodes of the critically acclaimed mystery thriller drama “Revenge”, created by Mike Kelley and which starred Emily VanCamp, Madeleine Stowe and Gabriel Mann. It follows a young woman seeking to avenge her father; the series aired from 2011 to 2015, and won six of the 35 awards for which it was nominated, including a Golden Globe nomination.

The following years saw Brianne appear in an episode or two of various series, such as the romantic comedy “Hart of Dixie”, the comedy “Playing House”, and the mystery horror comedy “Scream Queens”, which was a hit, winning three of the 23 awards for which it was nominated, including a Golden Globe nomination. Brianne gained recognition in 2016 with her portrayal of Kat Rance in the mystery horror drama “The Exorcist”, created by Jeremy Slater and which starred Ben Daniels, Alfonso Herrera and Kurt Egyiawan. It follows three priests struggling to help a foster home and a family dealing with a demonic presence. The series won one of the 16 awards for which it was nominated.

She went on to play both lead and supporting characters in several popular series – a couple of Brianne’s most recent roles in TV series have been in the comedy “I Live with Models” in 2017, the action adventure drama “The Passage” in 2019, and the comedy “Dollface” in 2019 as well.

In 2013, she starred as The Kidnapper in the short romantic comedy “Backseat Driver” and in 2014 played one of the lead characters, Cece in the musical science fiction adventure “ETXR”, written and directed by Trevor Sands and which also starred Samuel Hunt and Jeremy Luke. The movie follows the DJ Bix the Bug, who finds the legendary invention of Nikola Tesla called Teslascope, which allows him to communicate with the extraterrestrial beings.

In 2014, Brianne played Candy in the critically acclaimed crime comedy “Horrible Bosses 2”, written and directed by Sean Anders and which starred Jason Bateman, Charlie Day and Jason Sudeikis. It follows three friends Nick, Kurt and Dale, who have launched their own business, and it won one of the four awards for which it was nominated. A couple of Brianne’s following roles were in the 2014 short comedy “On Dangerous Heels”, the 2015 short action comedy “Fruit Detective”, and the 2016 science fiction horror “Viral”.

The year 2016 saw her portray Darla in the musical drama “XOXO” written and directed by Christopher Louie and which starred Sarah Hyland, Brett DelBuono and Graham Phillips.

It follows six strangers who meet and fall in love in one night. Brianne then starred as Coffee Shop Hipster in the 2016 short drama “The Lonely Whale”, as Ashlee in the 2017 short comedy “Show Business”, and as Jackie in the 2017 action adventure mystery “Time Trap”.

Two of her most recent roles in movies have been in the 2018 comedy “Little Bitches”, and the 2019 romantic comedy “Plus One”.

Brianne has made a guest appearance in various talk-shows; in 2014, she was featured in the episode “Studio 11 LA: E.T.X.R.” of “Fox News”, and in 2016 she guest starred alongside Greg Frey and Mike Bender in an episode of “Home & Family”. Some of her other appearances in talk-shows have been in “Hollywood Today Live” in 2016, “Celebrity Page” in 2018, and “Made in Hollywood” in 2021.

Brianne prefers to keep the details of her personal life to herself, however, it’s known that she has been dating the non-celebrity Matt Ziering for around five years now.

The two haven’t spoken about how and when they met, but it’s believed by many that it was on a blind date set up by a mutual friend. Both Matt and Brianne have uploaded numerous pictures featuring themselves together onto their Instagram accounts, and in either late 2019 or early 2020, the two became engaged. They were supposed to marry in October 2020, but postponed the wedding because of the outbreak of coronavirus.

Instead of exchanging vows, Brianne and Matt have adopted a puppy, stating that they are hoping to marry in 2021.

As of April 2021, Brianne’s engaged to Matt Ziering, hasn’t married and doesn’t have children.

Brianne’s a huge dog-lover, and it was apparently her idea to adopt a puppy.

She enjoys being active on social media networks, mostly because of the attention she’s getting from her fans. Brianne’s Instagram account is followed by around 1.2 million people, while she has uploaded close to 900 pictures, most of which have been taken during her everyday life.

Summer’s her favorite season as she enjoys being close to the water, sun tanning at the beach and swimming in the ocean. She’s also keen on playing beach soccer and volleyball with her friends.

Brianne’s physically active, as she has a couple of training sessions at the gym each week, while also following a strict diet.

She has her own favorite actors and actresses, some of whom are Matt Damon, Tom Hanks and Natalie Portman, and a couple of her favorite movies are “Good Will Hunting”, “Sleepless in Seattle” and “Leon: The Professional”.