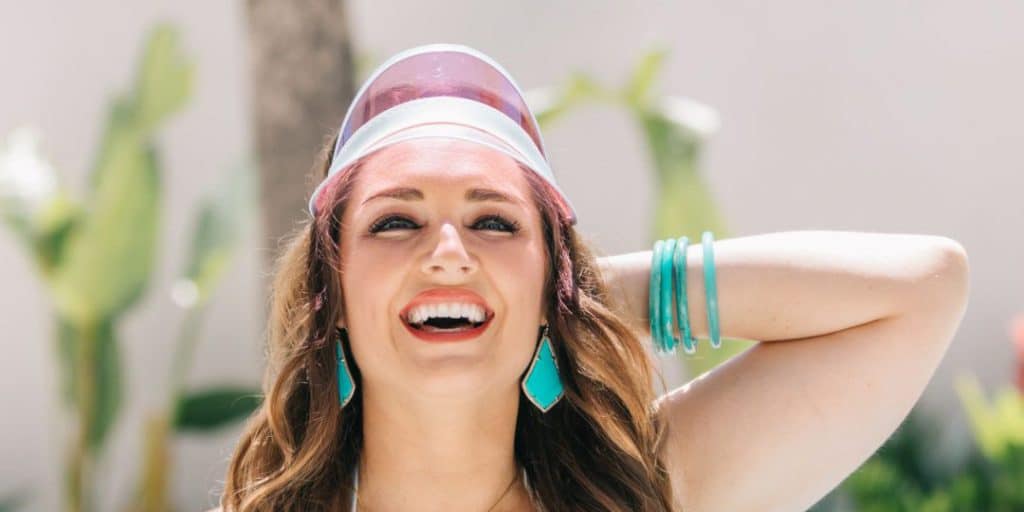 Collins Tuohy was born in Memphis, Tennessee USA, on 29 December 1986 – her zodiac sign is Capricorn, and she holds American nationality. She’s an actress, a former pole vaulter, former cheerleader, and a public speaker, but who’s still perhaps known best for being the adoptive sister of Michael Oher, a famous former American Football Player.

Collins prefers to keep the details of her love life to herself, but it’s widely known that she married her other half, Cannon Smith, on 22 April 2016, after the two had dated for 11 years.

Cannon’s an actor and a stuntman, who’s probably known best for having performed stunts in the movies “Sicario”, “Sicario: Day of the Soldado”, and “Only the Brave”

It seems as Cannon and Collins don’t want to have children now, because they want to focus on their careers, however, there are those who claim that perhaps one of the two is infertile; this hasn’t been confirmed.

The two are today the owners of the Whimsy Cookie Company, and Collins is its director.

She hasn’t spoken of any other men whom she has perhaps been with, so as of July 2021, Collins is married to Cannon Smith, and doesn’t have children.

Collins was raised in Memphis alongside Michael Oher and her biological brother Sean ‘SJ’ Tuohy Jr., by their father Sean Albro Tuohy, an American restaurateur and sports commentator, and their mother Leigh Anne Tuohy, who’s an interior designer and a businesswoman.

Her parents are the owners of more than 80 fast food restaurants.

Collins grew up being interested in various activities, and was encouraged by her parents to take on any sport. She eventually found herself interested in gymnastics, and then became a pole vaulter and a state champion pole vaulter. Upon matriculating in 2004, she enrolled at the University of Mississippi, at which she was a cheerleader, just as her mother was while she was attending the same college. In 2008, Collins graduated with a Bachelor’s degree.

Collins’ brothers are also well-educated, and also both attended the University of Mississippi.

Roles in movies and other credits

In 2009, Collins received special thanks for the biographical sports movie “The Blind Side”, written and directed by John Lee Hancock, and based on the book “The Blind Side: Evolution of a Game” by Michael Lewis. The movie follows the life of Collins’ adoptive brother, and won 10 awards, including an Oscar, while it was nominated for 30 other awards.

She made her debut film appearance in 2010, with her portrayal of Student Interviewer in the horror “Night of the Loup Garou”. It was written and directed by Micah Ginn and Matthew Nothelfer, starred Lauren Adams, Ace Atkins and Erica Blair, and follows an ‘anthrozooologist’ Dr. Dax Wingo, who’s trying to catch the werewolves responsible for the death of six college students.

Collins’ only other acting credit has been her portrayal of Ladies Auxiliary in the 2019 hit  biographical crime drama “The Highwaymen”, directed by John Lee Hancock, and which starred Kevin Costner, Woody Harrelson and Kathy Bates. It follows the lives of the detectives who caught Bonnie and Clyde; the movie was nominated for two awards.

Collins is into music, and began taking piano lessons at the age of six.

She also learned to play the guitar, and was once considering a career as a musician.

Travelling is one of Collins’ favorite hobbies, and has thus become a travel blogger. She’s been all around the world for both work and pleasure, and has documented her travels on her blog.

Collins is a dog-lover, and her two pet dogs can be seen featured in many of her Instagram pictures. She’s quite active on the network, and has amassed over 230,000 followers.

Collins is a shopaholic, as she goes shopping for clothes multiple times a week, and has used her fame on the internet to give her fans advice on dressing up.

In her spare time, which is usually late at night, Collins enjoys watching movies starring her favorite actresses Julia Roberts and Sandra Bullock, such as “The Runaway Bride”, “Notting Hill”, and “The Proposal”.

More about her husband Cannon Smith

Cannon Smith was born in Memphis on 21 October 1990 – his zodiac sign is Libra, and he holds American nationality. Although he’s known for his work in the film industry, Cannon’s probably known best for being Collins’ husband.

He was raised with his nine siblings in Memphis, by his father Frederick W. Smith, and his mother whose name hasn’t been disclosed.

He grew up being interested in sports, and also attended the University of Mississippi, which was where he met Collins. Cannon graduated with a Bachelor of Arts degree in interdisciplinary studies in 2012, and then began playing football for the Memphis Tigers. In 2013, he entered the National Football League (NFL) draft, and signed a contract with the St. Louis Rams.

Cannon had launched his acting career in 2000, aged nine, when he portrayed Bible Boy in the family comedy movie “My Dog Skip”, based on the book by Willie Morris.

It was directed by Jay Russell, starred Frankie Muniz, Kevin Bacon and Diane Lane, and follows the life of a shy boy and his pet dog Skip; the film won seven of the 11 awards for which it was nominated. Cannon then went on to appear in both the 2005 romantic comedy “The Sisterhood of the Travelling Pants”, and the 2008 sequel “The Sisterhood of the Travelling Pants 2”, with his only other acting credit has been his portrayal of Delta, in the action crime movie “Sicario”, in which he also performed stunts.

Cannon has also performed stunts in the 2018 historical action movie “12 Strong”, and the 2018 episode “The Riddle of the Sphinx” of the science fiction mystery series “Westworld”.