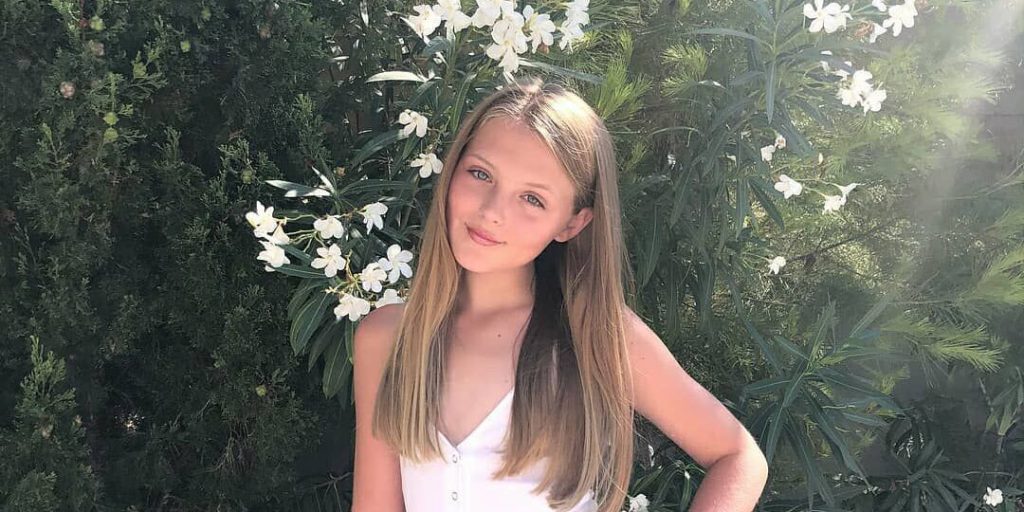 Who is Helene Boshoven Samuel?

Helene Boshoven Samuel was born on 4 May 2004 under the zodiac sign of Taurus, in New York City USA. She is a 16-year-old celebrity child and model, probably best recognized for being the daughter of the famous German-American supermodel Heidi Klum.

How rich is she, as of now? Helene Boshoven Samuel Net Worth

Helene Boshoven Samuel’s personal wealth is yet to come, so presumably she still enjoys the impressive fortune of her famous mother – as of early 2021, Heidi Klum has an estimated net worth at over $160 million, accumulated from being one of the top-earning models in the world.

She is the biological daughter of Heidi Klum and Italian businessman Flavio Briatore, known for being the former Renault F1 team manager. Her parents became romantically involved in March 2003, and in December of that year, Heidi announced her pregnancy with Helen. Unfortunately, their romance didn’t last long, since they went their separate ways even before Helene was born.

Her mother then started dating British pop star Seal, who was present during Helene’s birth. They tied the knot in December 2004, while Seal officially adopted Helene in 2009, and she then changed her name legally to Helene Boshoven Samuel.

Regarding her professional career, Helene Boshoven Samuel decided to follow in her mother’s footsteps, officially launching her modeling career in January 2021, when she featured alongside her mother on the cover of the January/February issue of Vogue Germany. During the same month, she made her debut appearance as a catwalk model during Berlin Fashion Week, modeling for such designers as Michel Sontag, Lala Berlin, and Rihanna + Nina. Most recently, she did an editorial shoot for Hunger magazine.

Helene Boshoven Samuel has long naturally blonde hair and blue eyes. She stands at a height of 5ft 7ins (1.70m), while her weight is around 105lbs (48kgs). Details about her vital statistics, dress size, and shoe size haven’t been revealed yet.

The beautiful model is in a relationship with a guy named Aris Rachevsky, who is a hockey player; the public isn’t aware of how long they’ve been dating. In February 2021, she shared a photo of him kissing her on the cheek and wrote “I Love You”, paying tribute to him on Valentine’s Day.

Who Is Her Mother? Heidi Klum Short Wiki/Bio

Heidi Klum was born on 1 June 1973 under the zodiac sign of Gemini, in Bergisch Gladbach, (then) West Germany.

She was raised by her father, Günther Klum, who was a cosmetics company executive, and her mother, Erna Klum, who worked as a hairdresser.

Heidi started pursuing her modeling career in 1992, when she entered a modeling contest on her friend’s advice. She distinguished herself among 25,000 contestants and won the competition, after which she was offered a modeling contract worth $300,000 by Thomas Zeumer, who served as the CEO of Metropolitan Models New York. She signed the contract several months later, when she completed her high school education.

Rise to Fame as a Model

Heidi Klum quickly gained enormous popularity in the modeling world, after being featured on the cover of various German, Portuguese, French and Spanish Vogue magazines.

She also graced the covers of other magazines, including Elle, Marie Claire, Harper’s Bazaar, Glamour, and InStyle, to name a few. In 1997, she graced the cover of the Sports Illustrated Swimsuit Issue, an aspiration of most models. Her worldwide recognition increased further two years later, when she was the first German model to become a Victoria’s Secret Angel, and subsequently hosted Victoria’s Secret Fashion Shows in 2002 and from 2006 to 2009. Besides that, she collaborated with them on her own line of lingerie, named “The Body”, and would later market her own line of fragrances, called simply “Heidi Klum” and then “Me”. She also helped them to develop a line of cosmetics, named “The Heidi Klum Collection”.

Moreover, Heidi also made catwalk appearances in Victoria’s Secret Annual Fashion Shows as well as at New York Fashion Week for such brands as Vera Wang, Zac Posen, Escada, and Victor Alfaro. Her other modeling gigs include her appearances in advertising campaigns for such brands as Marc Jacobs, Givenchy, Jean-Paul Gaultier, McDonald’s, Braun, Volkswagen, etc. She has also featured on the covers of publications including Cosmopolitan, Men’s Journal, GQ, Time, Photo, and Esquire, among many others, and has also done photoshoots for numerous retail clothing brands, including H&M, Peek & Cloppenburg, and Ann Taylor. Since 2007, she has served as a celebrity spokesmodel for Jordache.

Additional to modeling, Heidi Klum has appeared in various film and TV projects.

She made her film debut as Alexa in the sci-fi horror film “Die weibliche Kampfmaschine” (1987), which was followed by her portrayal of VIP Patron in the drama film “54” (1998), and an appearance as herself in the ABC sitcom “Spin City” (1998-1999). In 2001, she landed the roles of Jasmine in the comedy film “Blow Dry”, and herself in the action comedy film “Zoolander”, after which she guest-starred in such TV series as “Sex And The City”, “Cursed”, and “Malcolm In The Middle”.

In 2003, she voiced Dr. Katya Nadanova in the video game “James Bon 007: Everything Or Nothing”, followed by her portrayals of Brumhilda in the fantasy film “Ella Enchanted”, and Ursula Andress in the biographical comedy-drama film “The Life And Death Of Peter Sellers”, both in 2004.

She then guest-starred in such TV series as “How I Met Your Mother” and “Desperate Housewives”. In 2011, she voiced herself in the animated film “Hoodwinked Too! Hood Vs. Evil”, and then starred in the role of Ulee Danssen in the NBC political satire mockumentary sitcom “Parks And Recreation” in 2013.

More recently she lent her voice to Heidi in the YTV / The Hub children’s animated series “Little Pet Shop” (2015), and Jade / Bertha in the animated film “Arctic Dogs” (2019). Besides that, Heidi has featured in the music videos for Jamiroquai’s song “Love Foolosophy”, Seal’s song “Secret”, and Sia’s song “Fire Meet Gasoline”.

Career as a TV Host and Producer

In 2004, Heidi Klum became the host and executive producer of the reality series “Project Runway”, broadcast on Bravo / Lifetime until 2017.

It earned her a Primetime Emmy Award nomination for Outstanding Reality-Competition Program for each of the show’s first four seasons; she also won the 2008 Peabody Award. Between 2006 and 2020, she was the host, judge, and co-producer of the German reality show “Germany’s Next Topmodel”, for which she won the 2013 Emmy Award for Outstanding Host for a Reality or Reality-Competition Program. In 2011, she hosted and produced the Lifetime comedy series “Seriously Funny Kids”, and then served as a judge in the NBC talent show “America’s Got Talent” (2013-2018), and the first season of its spin-off “America’s Got Talent: The Champions” (2019-2020). Most recently, she judged the German drag competitive show “Queen Of Drags” (2019), and judged and produced the Prime Video reality show “Making The Cut” (2020).