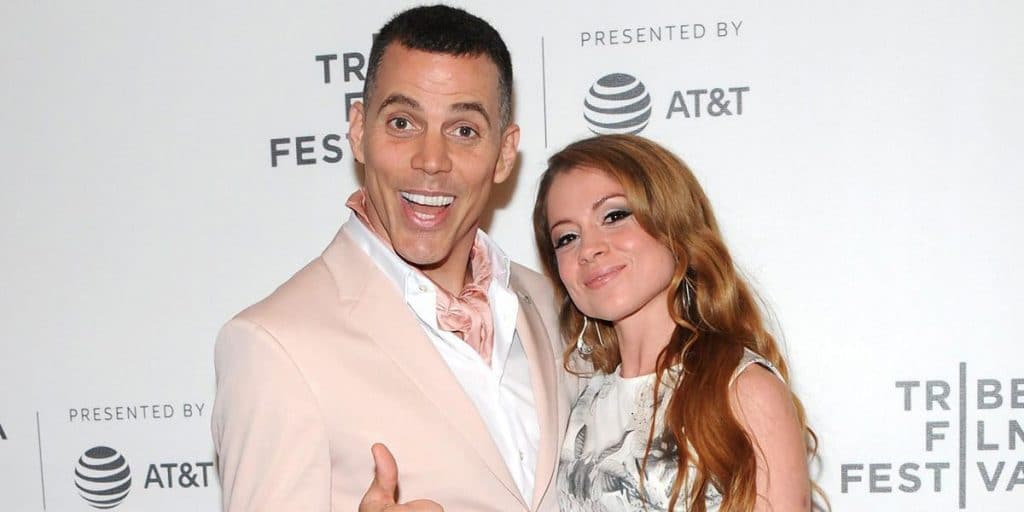 Who is Lux Wright?

Lux Wright was born on 19 May 1987 under the sign of Taurus, in California, USA and is a 33-year-old photographer, prop stylist, visual artist, and uprising producer, but probably best recognized for being the fiancée of British-American actor and comedian Stephen Gilchrist Glover, who is better known by his nickname Steve-O. She is also an Instagram star, since she has amassed more than 270,000 followers on her account ‘@luxalot’.

How rich is she, as of now? Lux Wright Net Worth

As of late 2020, Lux Wright’s net worth is estimated at over $250,000, acquired through her successful involvement in several endeavors. Moreover, it is assumed that she shares the wealth of her famous fiancé, Steve-O, whose fortune is reputedly over $2.5 million.

Lux Wright spent her early years in her hometown in California, where she was raised by her father, Glower Wright, and her mother, whose name hasn’t been disclosed to the media, but who unfortunately passed away when Lux was nine years old. It is unknown whether she has siblings or not. Lux holds American nationality and belongs to White Caucasian ethnic group. Regarding her education, Lux attended a local high school, and upon matriculation enrolled into the Fashion Institute of Design & Merchandising (FIDM)’s Visual Communications Associate of Arts in Los Angeles, California, from where she obtained her Associate of Arts degree in 2007.

Side by side with studying, Lux Wright pursued her professional career.

Between December 2006 and April 2009, she worked as a sales associate at Dolce & Gabbana, and in the same position for Nest Studio Rentals. In September 2010, she started working as a stylist intern at the Chic Little Devil, interning there for six months, gaining experience in the field. She also joined Rock Sugar Pan Asian Kitchen, where she took the position of an event coordinator. She currently works as a photographer, prop stylist, and designer on both television and commercials.

Most recently, she started pursuing her career as a producer. According to her IMDB profile, Lux served as an executive producer for the 2020 comedy film “Steve-O: Gnarly”, written by her fiancé and directed by Mark Ritchie, also making an appearance in that film. Moreover, she co-wrote and appeared in the biographical film “No Pain in Vain: The Shocking Life of Steve-O”, also in 2020.

Lux Wright and Steve-O have been romantically involved for a while, going public with their relationship in 2017, with the “Jackass” star popping the question in January 201, and announcing their engagement through an Instagram photo. According to the caption of the photo, he proposed to her in front of his father, sister, and his “Jackass” co-stars, also revealing that he planned the proposal for more than six months. They are currently planning for their wedding.

Steve-O was previously married two times. His first wife was Candy-Jane Tucker from 2002 to 2003. Three years later, he tied the knot with Brittany McGraw; however, they separated and divorced in 2008.

Who Is Her Fiancé? Steve-O Short Wiki/Bio

Stephen Gilchrist Glover was born on 13 June 1974 under the zodiac sign of Gemini, in Wimbledon, London, England. He was raised by his American father of British ancestry, Richard Edward ‘Ted’ Glover, who was an executive for Pepsi-Cola, and a Canadian mother, Donna Gay Glover, who was a housewife. He spent his childhood traveling around the globe and living in several countries due to his father’s job, including Brazil, Venezuela, USA – Florida, and Ontario, Canada.

At the age of 13 the family returned to England, where he attended the American School in London. Upon matriculation, he enrolled into the School of Communication at the University of Miami; however, he dropped out since he had poor grades. Between 1996 and 1997, Steve-O attended the University of New Mexico, and later transferred to the Ringling Brothers and Barnum & Bailey Clown College, pointing to his interest and future career, from which he graduated in 1997.

Rise to Fame and “Jackass”

Following his graduation, Steve-O started his career as a clown at the Fort Lauderdale Swap Shop in Florida. Side by side, he also started filming his stunts and clown performances, and sending them to Jeff Tremaine, a “Big Brother” magazine editor and future “Jackass” director.

Following the end of the reality series “Jackass”, Steve-O co-starred with Christ Pontius in its spin-off, entitled “Wildboyz”, aired on MTV from 2003 to 2006. Thereafter, he was cast in the Playboy TV reality show “Totally Busted” between 2004 and 2006, besides which he established his own shoe company, called Sneaux Shoes.

His next major project came in the following year, when he launched his own show entitled “Dr. Steve-O”, which was broadcast on the USA Network. Concurrently he appeared on such shows as “Love Island”, “The Howard Stern Show”, and “Dancing With The Stars”. He then filmed the 2008 TV special “Jackass MTV 24 Hour Takeover”, which was followed by his portrayal of Bar Patron in the 2009 comedy-drama film “Passenger Side”.

Afterwards, Steve-O went on an hiatus due to some mental issues, and even spent some time in a mental institution. He would later admit that he suffered from suicidal thoughts, and that he was diagnosed with a bipolar disorder.

Steve-O continued his career when he joined the cast of “Jackass 3D” in 2010, and released his autobiographical book, “Professional Idiot: A Memoir” in 2011. He then became the host of the truTV reality game show “Killer Karaoke” (2012-2013), after which he began pursuing his career as a YouTuber in 2013. He regularly uploads videos on his self-titled account, on which he has amassed more than 5.6 million subscribers as of late 2020. In 2014, Steve-O became a contestant in the Channel 4 reality show “The Jump”, before two years later releasing his debut stand-up special, entitled “Guilty As Charged”.

In 2018, he appeared in the action comedy film “Game Over, Man!” and landed a small role of a human in the horror film “Sunset Society”. Most recently, he played Shredd in the comedy film “Guest House” and wrote the comedy film “Steve-O: Gnarly”, both in 2020. It’s been announced that he will appear in the upcoming comedy-drama film “Suicide Roadtrip”.

Where is Christina Vidal now? Ethnicity, Boyfriend, Net Worth