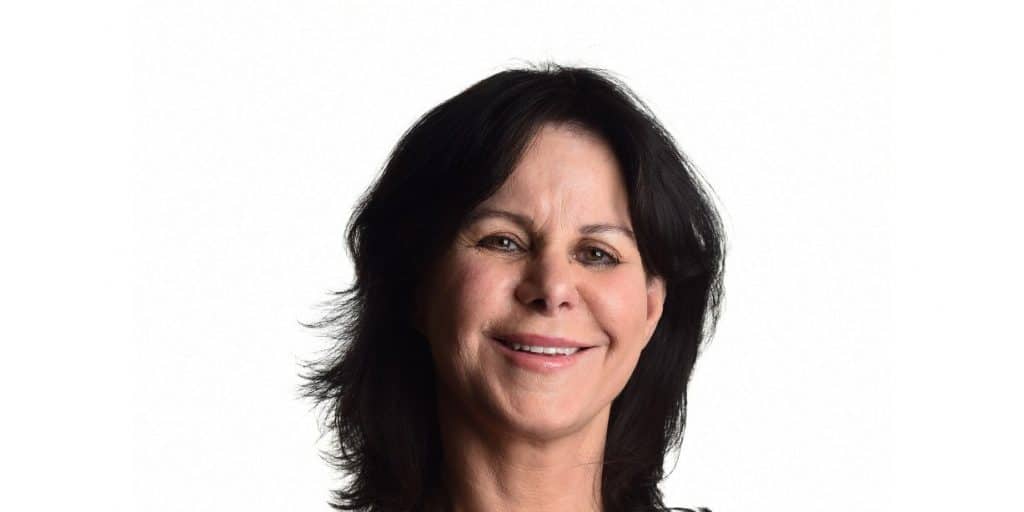 Mavis Nicholson Leno was born in San Francisco, California USA, on 5 September 1946 – her zodiac sign is Virgo, and she holds American nationality. She’s a philanthropist and a feminist, but perhaps known best for being married to the famous American TV host Jay Leno.

Mavis spent her childhood in San Francisco, where she attended middle school and high school. She is the daughter of E. A. Nicholson, a famous TV actor, perhaps known best for having starred in the crime drama “In Cold Blood” in 1967.

She was a very active child, and had many interests while growing up. She spent her school holidays with her grandparents, who owned a horse stable, and they taught her how to ride horses and take care of them.

As a teenager, Mavis dreamed about becoming a jockey, but she later learned that girls aren’t allowed to be jockeys. This experience was one of the things that later inspired her to raise her voice against discrimination of women in society.

In 1964, she moved to Boston, Massachusetts to pursue higher education, and in 1968 graduated from Emerson College with a Bachelor’s degree in political science.

Career as a philanthropist

Mavis dedicated her life to fighting for women’s rights, regardless of where they come from. She keeps her public image low-profile in comparison to her husband, while managing and working for several humanitarian non-profit organizations.

In 1997, she actively voiced her opposition against the anti-affirmative action initiative, Proposition 209. Later the same year, she joined the Board of Directors of the Feminist Majority Foundation, and is currently the director of their Campaign for Afghan Women and Girls, after having been the director of the Campaign to Stop Gender Apartheid in Afghanistan.

In 1999, she and her husband donated over $100,000 to a non-profit organization dedicated to helping educate the American public about the plight of Afghan women under the Taliban rule. She was one of the main reasons why the former President of the US Bill Clinton, changed his mind regarding the Taliban, after she told him about the human rights violations they committed.

Mavis and Jay Leno also successfully campaigned against the energy company Unocal Corporation’s efforts to build an oil pipeline in Afghanistan, which would have generated over $100 million in profit for the Taliban. As one of the leaders of Feminist Majority Foundation, she was one of the nominees for the Nobel Peace Prize in 2002.

She is an active supporter of the human rights organization Equality Now, which advocates for socio-economic rights of women all over the globe. Over the course of her career, she has financially supported numerous organizations, including Huntsville Hospital Foundation, Health for Everyone and Mount Holyoke College.

Mavis met her husband Jay in 1976, when she watched him perform at The Comedy Store in Los Angeles, California.

She was impressed by his charisma, and went backstage to greet him. They married on 30 November 1980, after four years of dating. They have one of the longest-lasting marriages in Hollywood, having now been together for over four decades.

When he was asked during an interview about the secret to their happy marriage, Jay said ‘I always tell people that you should marry the person you wish you could have been. That’s a pretty good deal’. Mavis and Jay decided not to have children, as she feels that the role of being a mother isn’t right for her, and it would be difficult to raise kids in such a public environment.

Mavis revealed in an interview that she used to be afraid of marrying and having kids, because she grew up watching the 1950’s sitcom “Honeymooners”, which portrayed the kind of marriage in which the woman is submissive to her husband, and cannot live up to her true potential.

Mavis loves to read in her free time, especially enjoying classic English literature, with some of her favorite books being “Atonement” by Ian McEwan, “White Teeth” by Zadie Smith and “Pride and Prejudice” by Jane Austen.

Jay dated four women before Mavis, and all of them shared the same birthday – 5 September.

She doesn’t have accounts on any social media platforms, as she thinks that these aren’t beneficial to younger generations.

His father was Angelo Leno, who worked as an insurance salesman, while his mother, Cathryn Leno, was a stay-at-home mother. When he was five years old, they moved to Andover, Massachusetts where he received primary education. When he was still just a kid, he made everyone around him laugh, and his fifth grade teacher even wrote in his report card that Jay should be a comedian.

In 1973, Jay graduated from Emerson College with a Bachelor of Arts degree in speech therapy. During his time at university, he was already an active comedian, regularly performing in stand-up shows at local comedy clubs.

After graduation, he moved to Los Angeles to pursue a career in the entertainment industry, and worked with the comedian David Letterman, as a writer for the comedy show “Good Times”.

He made his TV debut in 1977, when he appeared in “The Tonight Show”, and in the following years, he regularly appeared on late-night TV shows, such as “Late Night with David Letterman” and “The Marilyn McCoo and Billy Davis Jr. Show”. In 1987, Jay signed a deal with NBC for a position as a permanent guest host of “The Tonight Show”, and he soon became the main host of the show.

In 2009, he left NBC to launch his own “The Jay Leno Show”, while his position as a host of “The Tonight Show” was taken by Conan O’Brien. However, in March the following year, Jay returned to “The Tonight Show” and remained a host for another four years.

In 2000, as a testimony to his popularity and reputation, Jay was honored with a star on the Hollywood Walk of Fame.

After his departure from the “Tonight Show” in 2014, he was inducted into the Television Hall of Fame, and in the same year received the prestigious Kennedy Center Mark Twain Prize for American Humor.

It’s widely known that Jay is a passionate car collector, having more than 180 vehicles in his collection. He has an eye for old timers and one-of-a-kind car models, while he also owns several luxurious sports cars, such as a McLaren F1 estimated to be worth more than $22 million. He has been hosting his TV and web show about motor vehicles, “Jay Leno’s Garage”, since 2015.