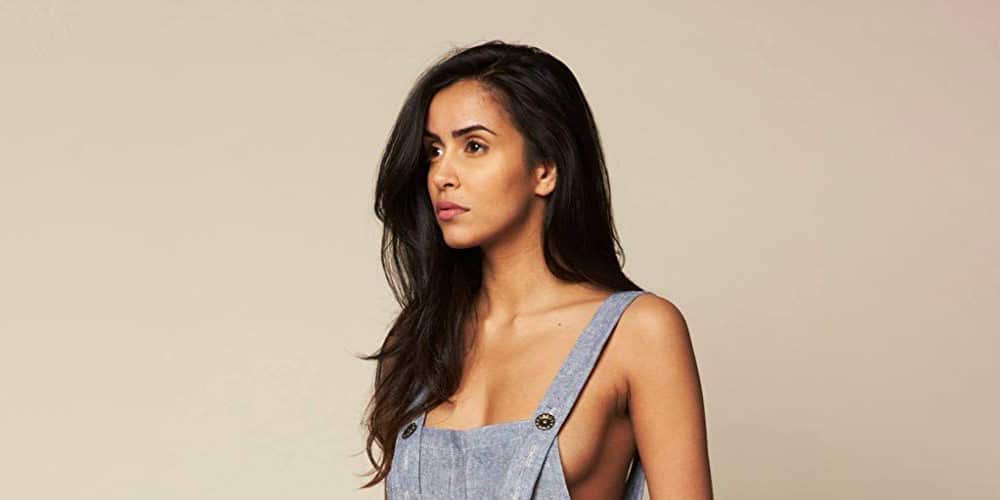 Who is Parveen Kaur from ‘Manifest’ show? Age, Height, Bio

Parveen Kaur was born in Okanagan Valley, British Columbia, Canada, on 19 October 1988 – her zodiac sign is Libra and she holds Canadian nationality. She is an actress who might be known best for her portrayal of Christine in the fantasy mystery series “Beyond”, created by Adam Nussdorf, and which starred Burkely Duffield, Dilan Gwyn and Jonathan Whitesell – the series follows a young man who, after waking up from a 12-year long coma, learns that he has superpowers. It aired from 2016 to 2018 and won three awards while it was nominated for five others.

Parveen is quite secretive when it comes to her family and hasn’t shared any details concerning any siblings and her parents with the public, however, it’s known that both her mother and father are from India, and that they moved to Canada not long before she was born.

Parveen became interested in acting while attending high school, as she was motivated by her teacher to join the school’s drama club and practice her acting skills. She matriculated in 2006, and while she hasn’t talked about her further education, it’s believed that she enrolled at a college in Toronto after moving there, and graduated with a Bachelor of Arts degree in 2010.

Parveen worked several jobs to financially support herself, before launching her acting career in 2013 with her role in the short family drama “Five Dollars”. The following year saw her play Cass, one of the lead characters in the short comedy “Latter”, written by Nykeem Provo who also starred in it alongside Raymond Ablack and Pedro Miguel Arce.

The year 2015 saw Parveen appear as Poorti in the short drama “Chameleon”, while her first feature film was the 2017 comedy drama “White Night”, which follows the lives of five people – the film failed to attract a lot of attention, but still received mostly positive reviews.

In 2017, she was cast to play Anu in the short comedy drama “Ruby’s Tuesday”, written and directed by Supinder Wraich, and which starred Shaun Benson, Aldrin Bundoc and Brendan Jeffers – it follows Ruby’s birthday which nobody seems to remember. In the same year, she received a MISAFF Star from The Alliance of Canadian Cinema, Television and Radio Artists (ACTRA) at the 6th Mosaic International South Asian Film Festival held in Mississauga in Ontario, Canada. In 2018, Parveen played Bree in the comedy drama “Edging” and the same year saw her appear in the drama “Through Black Spruce”, and another drama “Acquainted”.

Her most recent role in a movie has been in the 2019 thriller “American Hangman”, written and directed by Wilson Coneybeare, and which starred Donald Sutherland, Vincent Kartheiser and Oliver Dennis – it follows a retired judge who is holding two men captive in the basement while streaming them on the internet and asking the viewers to choose what happens to them. The movie was nominated for a 2020 Writers Guild of Canada Award for Feature Film.

Parveen made her debut TV series appearance in 2013, in the episode “Money” of the action crime drama “Played”, and the following year saw her appear in a single episode of the comedy “Working the Engels”.

In 2015 she played August – 307 in the episode “The Beauty of Our Weapons” of the action science fiction drama “Defiance”, and then gained recognition after being invited to appear in five episodes of the fantasy horror drama “The Strain”. In the same year, she started portraying one of the lead characters Dr. Asha Mirani in the fantasy drama “Saving Hope”, created by Morwyn Brebner and Malcolm MacRury, and which also starred Erica Durance, Michael Shanks and Benjamin Ayres; the series follows the doctors and nurses working at Hope Zion Hospital. Parveen went on to appear in a single 2017 episode of the fantasy mystery drama “American Gods”, three 2018 episodes of the comedy “Workin’ Moms” and a single 2018 episode of the action thriller drama “9-1-1”.

In 2020, she portrayed Kaitlyn in the episode “Are You Still?” of the comedy mini-series “Find a Way or Make One”, while she is today shooting as Saanvi Bahl for the mystery thriller drama “Manifest”, created by Jeff Rake and which stars Melissa Roxburgh, Josh Dallas and Athena Karkanis – the series follows passengers from Flight 828 who, after having been believed to be dead, return to their homes to discover that five years had passed since they went missing. As they get used to their normal lives, they start hearing voices and having visions. Parveen has been shooting for the series since 2018, and has appeared in 31 episodes so far.

Parveen is very secretive when it comes to her love life, and hasn’t talked about any men she might have dated, however, there are rumors circulating the internet that she is currently in a relationship, and might even be married.

On 5 December 2019, Parveen uploaded a picture onto her Instagram account of a man holding a dog, which appears to be taken from inside her home – the man in the picture is believed to be her boyfriend, while there are many people who believe him to be her husband, however, Parveen hasn’t commented on these rumors.

She hasn’t been seen spending time with any men, nor has she talked about having a boyfriend today, and she therefore appears to be single as of December 2020, hasn’t married and doesn’t have children.

Parveen enjoys spending her spare time in nature, and can often be seen sitting in a park close to her home, where she usually does yoga and practices mindfulness – she has thought about eventually becoming a yoga instructor.

She is interested in skincare, beauty and fashion, and has stated that she would have become a designer or a fitness coach if she hadn’t become an actress.

Parveen is keen on travelling, and her acting career has taken her to a couple of US states such as California and New York, while she’s also been to India on several occasions to visit relatives.

In her free time which is mostly late at night, she likes to watch comedy movies starring her favorite actors and actresses Will Smith, Robin Williams and Julia Roberts, such as “Men in Black”, “Patch Adams” and “The Runaway Bride”.