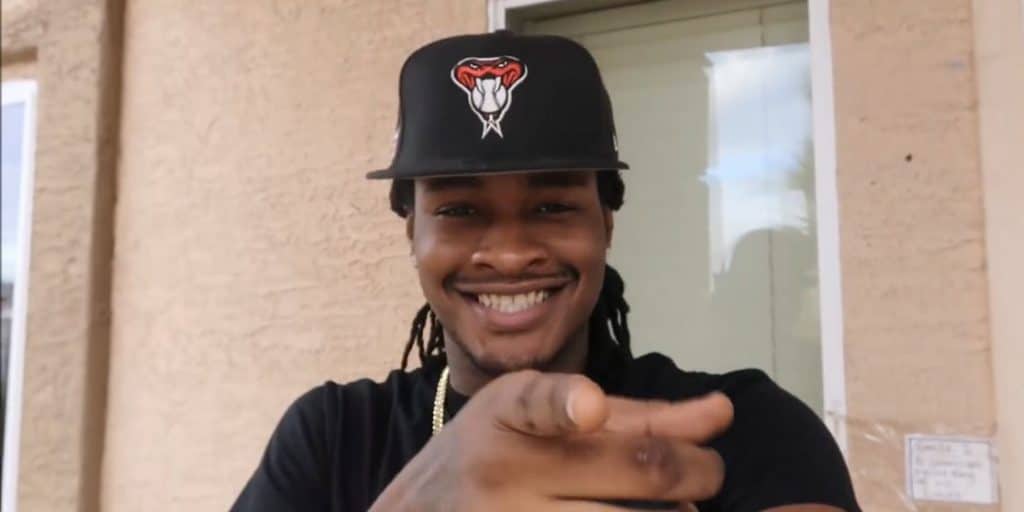 Who is SoLLUMINATI? Age, Height, Hairline, Net Worth, Wiki

SoLLUMINATI is a YouTube Star, perhaps best known for his NBA 2K content which he posts on his YouTube channel. He is also known for his catchphrases “You Feel Me”, “Say Goodbye”, and “Where he at a couch”. SoLLUMINATI, real name Javontay Barnes, was born under the Zodiac sign Libra on 4 October 1994, in Detroit, Michigan USA. He holds American nationality, and as of early 2021, he is 26 years old.

Not much information is available about his background, parents, and siblings, except that he attended Odessa College and Eastern Michigan University.

In a video he posted on YouTube, SoLLUMINATI talked about how he dropped out of college mainly because he couldn’t manage both attending school and pursuing a YouTube career. He also said that he plans to return to college, addeding:  “Right now I am perfectly fine. School isn’t going anywhere. School will always be there. What I am doing right now on YouTube is a one-time opportunity. You cannot stop grinding or people will move on. I’ve seen a lot of YouTubers fall off and I know they wish they can go back to that today.”

He was interested in sports from an early age, and continued playing basketball in college. Regarding the idea behind his name, in a Q & A video he disclosed: “Now when I first made the name SoLLUMINATI, I just thought, I need a name that stand out.

And if you see SoLLUMINATI you are not gonna forget that name. And it actually wasn’t me that came out with that name, it was King SO.”

Soon he broadened his content on YouTube, incorporating Story Time videos in which he recounts some interesting moments from his life, such as “This Girl Changed my Life” and “Story Time: My First Fight”. Most of his recent videos are about celebrities who have been involved in scandals and controversies, such as Rich the Kid, 6IX9INE, and DDG. Many of his fans and followers praise him for his relatable content, as well as his humor while delivering his stories or exposing other YouTubers. Additionally, he serves as a positive example for all those who strive to make a career as a social media personality. His channel currently counts nearly two million subscribers, with over 200 million views.

SoLLUMINATI has another channel entitled “Spiritual So”, on which he usually posts videos dealing with profound and controversial subjects.

Judging from his content on this channel, he likes to talk and share his opinion about controversies such as Illuminati, government, cloning, and selling your soul to the devil. Some of his videos are entitled “Hot to Spot a CLONE”, “My Third Eye is Opening”, and “More Proof the Earth is Flat”. His latest videos were about the current situation in the US, such as the elections and lock-down. On this channel, he has managed to gather a nice following as well, of 1.2 million subscribers.

When it comes to his romantic interests, it’s known that in 2018 he dated a fellow YouTuber Ashley Marie. He made a bunch of videos with her; some of those are entitled “Rating my Girlfriend Panties 0-10”, “Would You Rather”, and “ASH PREGNANT”.

However, in January 2019 they broke up because, as he put it, she was mentally draining him. SoLLUMINATI made a video called “The Truth about ASH”, in which he explained in detail why they decided to go separate ways. He said:” She became a problem to my career because she was just like, mentally…just mentally draining me man. She suffered from depression, and she just be having these breakdowns like you all see she having on her vids.”

Apparently, she was receiving a lot of hate comments, and she didn’t know how to cope with cyberbullying. In his video, he also said that they continued living together for a couple of months after the break-up. Judging from his video, SoLLUMINATI seems highly distraught and upset as he discloses how Ash pretended to be a spiritualist, just to get under his skin.

He added that she uses various prescription drugs which make her unstable and volatile at times. In one of her live streams, she disclosed that she suffers from a borderline personality disorder.

After that ordeal, SoLLUMINATI quickly moved on, as he began pursuing Instagram influencer Corie Rayvon. In 2018, he made a video called “I Finally Got Carie Rayvon”, in which he talked about how he was chasing Corie for a long time. The following year he posted a video entitled “Corie Rayvon Said Yes”, professing his love and infatuation, and claiming that she invited him to her birthday party in Thailand. SoLLUMINATI received a lot of negative comments from his fans, saying “Some things are just meant to be kept to yourself” and “this is how middle schoolers be talking about their crush”.

He subsequently released another video called “Corie Rayvon Must Be Stopped”, in which he again praised Corie, saying “You are one of a kind. You are literally one of the most beautiful girls.” On 30 May 2019, Corie responded with the video, “Dear SoLLUMINATI (My Response)”, in which she criticized him for his approach; Corie disclosed: ”In reality, we don’t know each other. We’ve never met. So you’re telling me you’re not the same person. I don’t really know that.” Many laughed at SoLLUMINATI for his unusual way of courting. However, after that video, SoLLUMINATI has been very quiet, as he hasn’t made another video related to Corie.

Like many other YouTubers, he earns money through sponsorships and merchandise.

SoLLUMINATI is a passionate gamer and animal lover. He is also very involved with spiritualism, energy, and vibrations. According to his video, he meditates three times a day.

In his free time, he likes to play basketball.