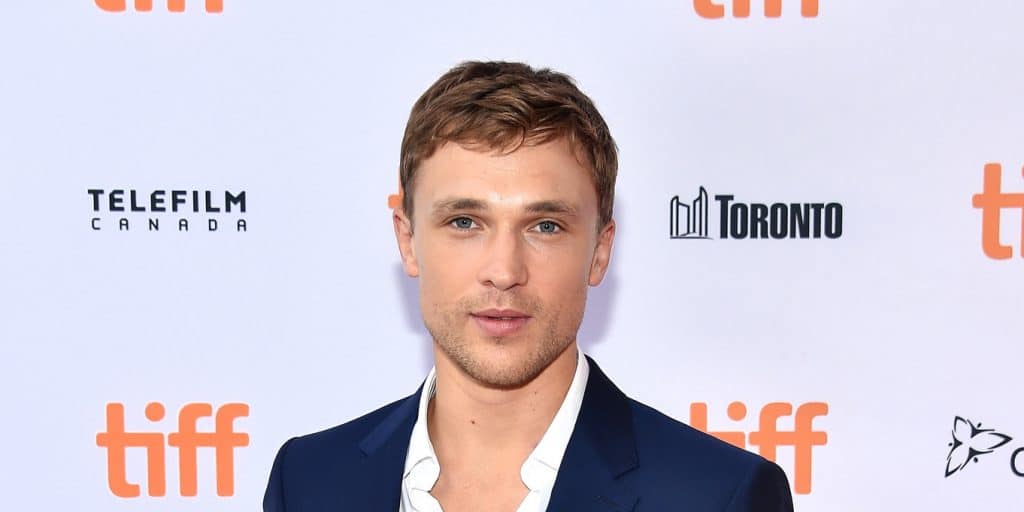 William Peter Mosley was born in Sheepscombe, Gloucestershire, England, on 27 April 1987 – his zodiac sign is Taurus, and he holds British nationality. He’s an actor, perhaps known best for his role as Peter Pevensie in “The Chronicles of Narnia” movie series.

William grew up in rural England, alongside his two younger siblings, Daisy and Ben. Their father is Peter Mosley, a cinematographer, while their mother, Juliette, is a hair stylist. William decided he wanted to become an actor when he was ten years old, and in 1998 aged 11, he made his first movie appearance.

After finishing his primary education, he went on to attend Wycliffe College in Stonehouse, England.

During his time there, he was already filming “Chronicles of Narnia”, however, he still matriculated with good grades. Then in 2006, he moved to New York City for several weeks, to study acting under Sheila Gray.

William made his debut film appearance as an extra in the 1998 TV biographical drama “Cider with Rosie”. In 2002, he had a small role in the remake of the 1939 drama about the life of a Latin teacher, entitled “Goodbye, Mr Chips”, based on the short novel by James Hilton.

Between 2005 and 2010, William played the role of Peter Pevensie in “The Chronicles of Narnia” movie trilogy, based on the first three books from series of seven novels by the British author C. S. Lewis.

The story is centered on a group of children living in the fictional world of Narnia, who are guided by a wise and powerful lion named Aslan.

The first installment in the film series, entitled “The Chronicles of Narnia: The Lion, the Witch and the Wardrobe”, was released on 9 December 2005, directed by Andrew Adamson and also starring Tilda Swinton and James McAvoy. Due to the popularity of the original novel series, the movie adaptations of the books were long-awaited, and “The Lion, the Witch and the Wardrobe” became the third most successful film of the year, grossing more than $745 million at the box office, plus over $332 million in revenue from DVD sales.

William reprised the role of Peter, in “The Chronicles of Narnia: Prince Caspian”, directed by Andrew Adamson, and which also starred George Henley, Skandar Keynes and Anna Popplewell. The film was released in May 2008, grossing more than $419 million, against the $225 million budget.

In 2010, William made a cameo appearance in the final “Narnia” movie, “The Chronicles of Narnia: The Voyage of the Dawn Treader”, directed by Michael Apted. The fourth film was announced three years later, but plans were halted in 2018, as Netflix bought the rights to develop their own adaptation of the entire franchise.

In 2013, William starred alongside Kelsey Chow, in the action thriller “Run”, written and directed by Simone Bartesaghi.

In the following year, he played the role of Cam, in the award-winning drama “Margarita with a Straw”, centered on a young woman with cerebral palsy, who moves to New York City from her home in India, hoping to follow her dreams.

In 2016, William starred in the horror comedy “Friend Request”, directed by Simon Verhoeven. The most recent movie role from him was in the 2020 Disney fantasy adventure “Artemis Fowl”. He is currently working with Mel Gibson and Kevin Dillon on the upcoming thriller “On the Line”.

William has had roles in only two TV series. In 2012, he appeared in an episode of the mystery crime drama “Perception”, which starred Eric McCormack, Rachael Leigh Cook and Kelly Rowan.

Between 2015 and 2018, he starred in the American soap opera “The Royals”, created by Mark Schwan. It aired on E! network for four seasons, and centered on a fictional modern day British royal family. In the series, William played the role of Prince Liam, the son of the Queen of England and second heir to the throne. “The Royals” received mixed reviews upon release, with some critics bashing the series for its soap opera format, while others praised the acting performances and the unpredictability of the plot. E! canceled the series in August 2018, and as the production house failed to find a new network for the fifth season, it was announced that the show had officially ended.

In 2021, William starred as the main character in the music video for “Long Time Friends” by the Israeli-American duo The Living Tombstone.

William has been in four relationships that the public knows of. Between 2005 and 2007, he was dating his “The Chronicles of Narnia” co-star, Anna Popplewell, then from 2008 to 2010, he was in a relationship with the American actress Alexa Hamilton.

Following their break-up, William has been seen spending time with an anonymous girl, later identified to be the non-celebrity, Antonia Ortega.

The pressure of dating a famous person became overwhelming for Antonia, and she separated from William after a few months.

Since 2012, he has been in a relationship with fellow actress Kelsey Asbille, whom he met while the two worked on the movie “Run”. While their fans are wondering if the two will eventually exchange vows, they seem not to have such plans, and are perfectly happy as is.

William hasn’t been married or engaged, and doesn’t have children.

William auditioned for the role of Harry Potter, which ended up being taken by young Daniel Radcliffe.

He has survived being struck by lightning.

He loves watching soccer in his spare time, and is a fan of the soccer team Newcastle United.

William is a very active person, and takes care of his health and physique by going to the gym at least five times a week and practicing calisthenics. With this strict regimen, it’s no wonder that he likes to show off his progress on his Instagram account.

As of August 2021, his net worth is estimated at more than $8 million.