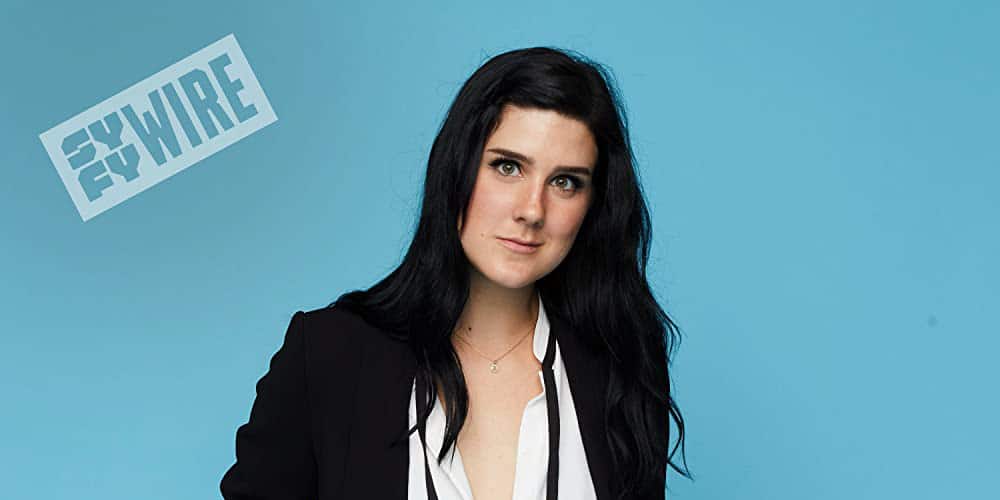 Who is Arryn Zech?

Arryn Zech is an American actress, voice actress, video game player, and writer, who is possibly best known to the world as the voice of Blake Belladonna in the animated series “RWBY” (2013-2018), while also as Ashlynn in the TV series “Honeymoon for One” (2020).

Arryn Zech was born on 4 October 1990 under the Libra zodiac sign, in Rota, Spain, to Charlie and Brenna Zech. Although born in Spain, she grew up in New Braunfels, Texas, and went to North East School of Arts located in San Antonio, Texas, majoring in musical theatre.

After this, she enrolled at the University of Texas at Austin, from which she graduated with a Bachelor of Journalism in Copy Editing and Design. Nevertheless, despite her degree, love for acting and singing prevailed, and she began pursuing an acting career rather than in journalism.

Arryn, with ten years of experience in musical theater, made her on-screen acting debut in 2011 with a minor role in the TV series “The Men Who Stare at Ghosts”. Just two years later, she tried herself as a voice actress when selected as the voice of Blake Belladonna in the animated TV action series “RWBY”, about four teenage girls of a team who start fighting monsters from another world.

To speak further of her as an actress, Arryn has appeared in the TV mini-series “iBlade” (2014), while in 2016 she made an appearance in the romantic comedy-drama film “The Big Spoon”, starring Mallory Culbert, Zachary Knighton, and Isabelle McNally. In addition to her huge success as a voice actress, she’as continued to appear in minor roles on screen, in the TV series “Vote for Love”, and is now working on the drama film “Loren & Rose”, with Jacqueline Bisset, Kelly Blatz and Paul Sand in the lead roles, now in post-production and waiting for its release late in 2021.

Furthermore, Arryn will appear in the short film “The Flying Carsons: Part 1- Hunter”.

Arryn is also known for playing video games, and streaming videos on the popular Twitch platform. She has amassed just over 7,000 followers and has been actively talking with her fans. She has used Twitch to share some details from her personal life, including the abusive behavior of her ex-boyfriend Bob Morley.

She was in a relationship with Miles Antony Luna, a director and filmmaker, who is well-known as the director behind “Red vs. Blue”, but also “RWBY”, however, the two broke up when Arryn took a step forward in her career and move to Los Angeles.

Arryn then started a romantic relationship with Bob Morley, a Filipino-Australian actor and television director, who is best known to the world as Bellamy Blake in the TV series “The 100”. They lived together in an apartment from 2016 to 2019, but eventually broke up.

In one of her many streams on Twitch, Arryn  talked about her romance with Bob Morley, but saying that he abused her emotionally and verbally, that he scolded her for a number of things, even for sleeping too much and things like that.

Arryn revealed to him that she is bisexual, which put further strain on their relationship, with Bob saying such things as he won’t be enough for her, that she would also start dating women. Furthermore, Arryn claimed that he had isolated her from her friends, and that when she was sexually assaulted at a convention, he was furious and claimed that she cheated on him, rather than taking her side and being supportive.

Since their break up, Bob has continued with his life, and in less than four months he married Eliza Taylor, his co-star from “The 100”; while Arryn has remained silent about her personal life.

As of mid- 2021, Arryn Zech’s net worth has been estimated to be around $500,000, earned through her successful career as an actress, during which she has secured more than 25 film, TV and voice credits to her name, all of which have added to her wealth.

In addition to acting and voice acting, Arryn has several other hobbies.

She is interested in photography, has attended a photography course, and is slowly building her portfolio as a professional photographer.

She loves to travel, and has visited a number of cities across the US.

Arryn has a matching tattoo with her father, an entire sleeve on her left arm which is a combination of Orchid, Belladonna plant, Texas Mountain Lauren, and Lavender.