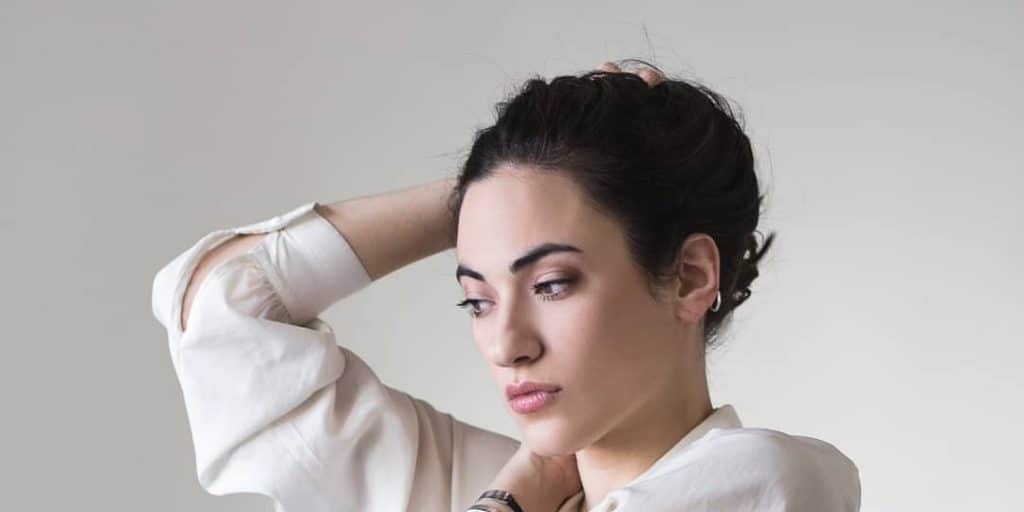 Melissanthi Mahut is a Greek-Canadian actress, probably best recognized for providing the voice of Kassandra, a leading character in the video game “Assassin’s Creed: Odyssey” (2018), and for landing the role of Mita Xenakis in the Netflix film “Eurovision Song Contest: The Story Of Fire Saga” (2020).

How rich is she, as of now? Melissanthi Mahut Net Worth

As of late 2020, Melissanthi Mahut’s net worth is estimated at over $1.2 million, acquired through her successful involvement in the film industry as a professional actress, garnering 16 acting credits as well as voice-over roles since she started in 2007.

The information about Melissanthi Mahut’s date of birth hasn’t been disclosed yet; however, it is reported that she was born on 20 September in the late 1980s. Her birth place was Toronto, Canada, but she was raised in Athens, Greece by her parents; however, there is no information about their names and professions. Melissanthi holds both Canadian and Greek nationalities, and belongs to the White Caucasian ethnic group.

Upon graduation in 2009, she furthered her education at the Royal Academy of Dramatic Art (RADA) in London, England, from which she obtained her BA degree in Acting in 2012. She is fluent in both English and Greek languages.

According to her IMDB profile, Melissanthi Mahut started her professional acting career in 2007, when she made her debut film appearance in a small role of a tourist in the comedy “Cool”, written and directed by Nicos Perakis. She then focused on her education, until three years later resuming her career by making an appearance as herself in Nicos Perakis’ 2010 musical drama film “Artherapy”.

Her next role came in 2012, when she featured as Tessa in Edward Hicks’ 2012 short comedy film “Pop”, along with such actors as Taron Egerton, Molly Gromadzki, and Rosie Hilal.

Thereafter, Melissanthi guest-starred as a customer in an 2013 episode of the sitcom “Quick Cuts” aired on BBC4, and the following year portrayed Tina in the romantic comedy-drama film “In Transit”, written and directed by Marius Smuts. In 2015, she featured as a girlfriend in Manolis Mavris’ short fantasy drama film “Blue Train”, followed by her portrayal of a company employee in the romantic drama film “Worlds Apart”, written and directed by Christopher Papakaliatis.

In the next year she was cast as Betty in the comedy-drama film “Mythopathy”, and then landed a small role in another comedy-drama film, entitled “Luna Bar”, alongside such actors as Christos Avlonitis, Kostas Apostolakis, and Olga Damani.

Rise to Fame as Kassandra in “Assassin’s Creed”

In 2017, Melissanthi starred in the lead role of Sofia in Akis Polizos’ short film “Lost And Found: An Athenian Story”. Later that year, she provided her voice to Greek citizens of Egypt in the action-adventure video game “Assassin’s Creed: Origins”, which is the tenth installment of the “Assassin’s Creed” series, and which allowed her to pursue more serious opportunities from the video game company Ubisoft.

After starring as Pavlina in the made-for-TV sci-fi film “The Taste Of Love”, directed by Akis Polizos, in 2018 Melissanthi was chosen by Ubisoft to voice over the main character of Kassandra in the eleventh installment, entitled “Assassin’s Creed: Odyssey”. Her performance in the video game earned her a Game Award nomination for Best Performance in 2018, as well as a BAFTA Games Award nomination for Best Performer in 2019.

In 2019, Melissanthi reprised the role of Kassandra in the educational mode “Discovery Tour: Ancient Greece” of the video game “Assassin’s Creed: Odyssey”.

In the same year, she joined the cast of the TV crime drama mystery series “The Other Me” (2019-2020), starring in the role of Tonia next to such actors as Pigmalion Dadakaridis, Vicky Papadopoulou, and Petros Lagoutis. Most recently, Melissanthi portrayed Mita Xenakis in David Dobkin’s musical comedy film “Eurovision Song Contest: The Story Of Fire Saga”, alongside Will Ferrell, Rachel McAdams,and Dan Stevens, released on Netflix in June 2020. Besides that, she provided her voice to the character of Athena in the 2020 action-adventure video game “Immortals Fenyx Rising”.

In addition to her career on TV and film, Melissanthi Mahut has performed on stage. In 2012, she appeared as Maria in the play “The Misunderstanding” at Kings Head Theatre. Between 2013 and 2015, she starred in the role of Adela in the play “The House Of Bernarda Alba” at The Vault Theatre, followed by her portrayal of Sonya in the play “Crime And Punishment” at the National Theatre of Greece, from 2015 to 2016, then she landed the role of Medea/Messenger in the play “Metropolis” (2016-2017) at the Small Theatre of Epidaurus.

Personal Life: Is she dating anyone?

Melissanthi Mahut is quite a secretive lady, who obviously tends to keep her private life far away from the eye of the public, as there is no information on any romantic associations. It is believed that she is single at the moment, and her current residence is in Athens.