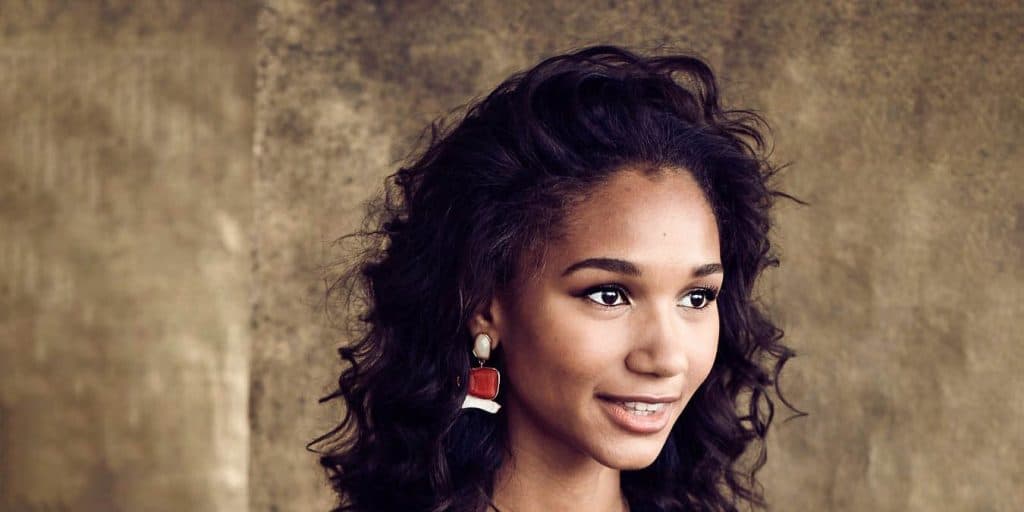 What is Greta Onieogou’s ethnicity?

Greta Adah Onieogou was born in then Leningrad, Russian SFSR, Soviet Union on 14 March 1991 – her zodiac sign is Pisces, she now holds Canadian nationality as her parents moved there not long after she was born, and her ethnicity is Russian and Nigerian. She’s an actress who is perhaps known best for her portrayal of the lead character Layla Keating in the sports drama series “All American”, created by April Blair and which also stars Daniel Ezra, Samantha Logan and Michael Evans Behling. It follows a football star who was attending South Central before being transferred to Beverly Hills High School; the series has been airing since 2018, and has won one of the five awards it has been nominated for.

Greta spent the first five years of her life in Leningrad (today’s Sankt Petersburg) before her family moved to Toronto in Canada, thus her Canadian nationality. She was raised by her Nigerian-Russian parents, and it appears that Greta doesn’t have siblings as she hasn’t spoken about them.

She became interested in acting while attending elementary school and appeared in various school plays. In 2004 when appearing in a play performed at a local theatre, Greta was noticed by a scout who invited her to attend an audition. She won herself the role of Tammy in the 2005 romantic comedy movie “Fever Pitch”, directed by Bobby Farrelly and which starred Drew Barrymore, Jimmy Fallon and Jason Spevack, and marked the launch of Greta’s acting career.

It follows Lindsay who is in love with Ben, but is also a huge fan of the Boston Rex Sox baseball team. The movie was nominated for nine awards.

She enrolled at a local high school in 2005, and the year 2006 saw her appear in the episode “Working for the Weekend” of the romantic drama series “Degrassi: The Next Generation”, and the episode “Rules Rush In” of the family comedy series “Naturally, Sadie”. She then chose to focus on her education, and didn’t appear in any movies or TV series until she matriculated in 2009.

In 2009, Greta was cast to portray the supporting character Sara in the drama “Victoria Day”, written and directed by David Bezmozgis, and which starred Mark Rendall, Sergiy Kotelenets and Nataliya Alyexeyenko.

It follows a week in the life of a 16 year-old boy as he searches for a missing teammate, and attends a rock concert. The film was nominated for two awards.

In 2011, Greta made her voicing debut, with her performance in the short comedy “Moe”, written and directed by Emily Jenkins who also starred in it, then in 2016 she was cast to play CKW Junior in the hit drama “Miss Sloane”, written by Jonathan Perera, directed by John Madden, and which starred Jessica Chastain, Mark Strong and Gugu Mbatha-Raw. It follows the life of Elizabeth Sloane who is amongst the most powerful lobbyists in Washington, D.C., and won one award and was nominated for 10 others, including a Golden Globe.

Greta’s most recent role in a movie has been in the 2017 family action comedy “Undercover Grandpa”, in which she starred alongside Dylan Everett and James Caan, and which follows Jake who, after his crush goes missing, asks his grandfather and his team of former special ops to help him find her. It won two of the four awards it was nominated for.

In 2009, Greta made a guest appearance as Vanessa in the episode “Worlds Collide” of the family drama “Overruled”, and from 2007 to 2015, she played one of the supporting characters Soraya Duval in the family drama “Heartland” created by Murray Shostak and which stars Amber Marshall, Shaun Johnston and Michelle Morgan.

Never count them out. #AllAmerican has been renewed for Season 2! pic.twitter.com/bzD7zpAgZE

It follows a family living in Alberta in Canada, and has been airing since 2007, winning 27 awards of the 90 it’s been nominated for.

The year 2015 saw her star as Aly alongside Henry Zebrowski and Aislinn Paul in the science fiction mini-series “Heroes Reborn: Dark Matters”, which follows the lives of several ‘evolved humans’. After this performance, Greta was invited to make a guest appearance in a single episode of various series, such as the comedy “Schitt’s Creek”, the action crime drama “Ransom” and the mystery crime drama “Frankie Drake Mysteries”.

Her most recent role in a TV series besides “All American” has been in the 2018 episode “The Painful Eagerness of Unfed Hope” of the family drama “Anne with an E”.

Greta’s amongst the most secretive actresses, as she hasn’t spoken about any men she has perhaps been with since the launch of her acting career, however, there are various rumors circulating the internet concerning her boyfriend and sexual orientation.

There are many people who believe that Greta’s dating Daniel Ezra, a British actor alongside whom she’s starring in the series “All American”, and who’s perhaps known best for his roles in the 2016 drama series “Undercover”, and the 2017 detective series “Prime Suspect 1973”. The two have allegedly shown chemistry in the series, which is why people have started to believe that they are together in normal life, but have kept the relationship hidden from the media’s attention. Greta hasn’t addressed the rumors.

There are also those who believe her to be a lesbian, but Greta hasn’t talked about this neither.

As of February 2021, she appears to be single, hasn’t married and doesn’t have children.

Greta enjoys being active on various social media networks – on 12 January 2019 she launched her eponymous YouTube channel, which is today subscribed to by more than 340,000 people, and numbers close to 10 million views of all her videos combined. She uploads one video a week which usually features her giving advice about various things including cooking, travelling and make-up. Greta is also an Instagram star as she is followed by more than 740,000 people and has uploaded over 420 pictures onto her account.

She is physically very active as she has a couple of training sessions at the gym each week, and Greta likes summer because she can exercise outdoors, but also because she enjoys showing off her slim body at the beach and swimming in the ocean.

She has her own favorite actors and actresses, some of whom are Leonardo DiCaprio, Julia Roberts and Natalie Portman, and a couple of the movies she enjoys watching the most are “Titanic”, “The Runaway Bride” and “Pretty Woman”.

As of February 2021, her net worth has been estimated at over $3 million.