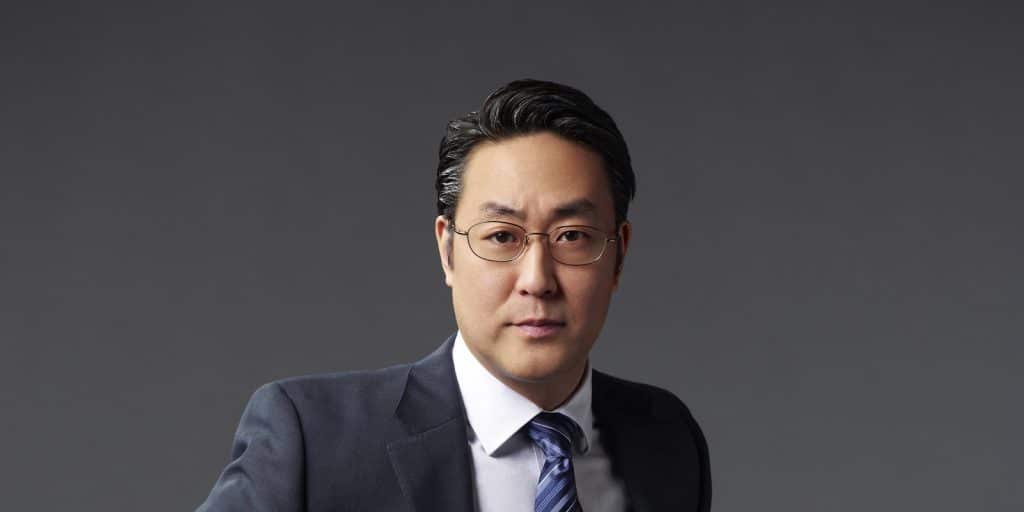 All About Kenneth Choi from 911 (aka Howie “Chimney” Han)

Who is Kenneth Choi?

Kenneth Choi was born in Chicago, Illinois USA, on 20 October 1971 – his zodiac sign is Libra, his ethnicity is Asian and he holds American nationality. He is an actor who might be known best for his portrayal of the firefighter Howie ‘Chimney’ Han in the action thriller series “9-1-1” which has been airing since 2018. The series stars Angela Bassett, Peter Krause and Oliver Stark, and is about firefighters who are most often the first to respond to the deadliest and most frightening of situations – it has so far won four awards and has been nominated for eight others.

Kenneth was raised in Chicago alongside his two siblings by their Korean parents who came to the US before the birth of their first child – Kenneth’s father was a businessman and a professor of electrical engineering, while his mother was a registered nurse before becoming a housewife.

Kenneth studied at Longwood Elementary School before moving on to Brookwood School District 167, at which he started practicing break-dancing and doing gymnastics, plus cross-country running. He continued to practice gymnastics at Homewood-Flossmoor High School, setting a record for the pommel horse and although it was around this time that Kenneth knew he wanted to become an actor, his father advised him to leave those ‘foolish dreams’ behind him and obtain a degree in accounting.

To honor his father’s wishes, Kenneth enrolled at Purdue University, but quit before graduation to focus on becoming an actor, and thus moved to Portland in Oregon.

He spent five years taking acting classes while working various jobs to financially support himself, including working in a Blockbuster video store.

Kenneth has been credited with appearing in over 80 movies and TV series, and we are about to mention some of his most notable performances in this article.

He went on to play Professor Josh Cha in the 2003 science fiction action “Timecop 2: The Berlin Decision”, which starred Jason Scott Lee, Thomas Ian Griffith and Mary Page Keller, and follows a killer who is trying to murder everyone working at Time Enforcement Commission (TEC) – the film received mixed reviews. Kenneth played an officer in the 2004 critically acclaimed comedy “The Terminal”, which starred Tom Hanks, and a couple of his following roles were in the 2006 action war film “Behind Enemy Lines II: Axis of Evil”, the 2007 action thriller “War”, and another action thriller “Street Kings” in 2008.

The year 2011 saw him portray James ‘Jim’ Morita in the superhero movie “Captain America: The First Avenger”, which starred Chris Evans and Hugo Weaving and was a hit, winning four awards while being nominated for 46 others. Kenneth was then invited to appear in the 2012 action movie “Red Dawn” which starred Chris Hemsworth, the 2016 superhero movie “Suicide Squad” in which he portrayed Yakuza Bos,s and another superhero film “Spider-Man: Homecoming” in which he played Principal Morita.

Three of Kenneth’s most recent roles in movies have been in the crime comedy “Gringo”, the dystopian tech noir thriller “Hotel Artemis”, and the horror comedy “Office Uprising”, all released in 2018.

Kenneth made his debut TV series appearance in 1999, when he played a biohazard driver in the episode “Blue Flu” of the American-Canadian action adventure comedy “Martial Law”, but the following years saw him appear in only single episodes of series such as the crime drama “The Huntress”, the teen sitcom “The Brothers Garcia”, and the comedy “The King of Queens”.

His first notable performance on TV was in 2008, when he appeared as Sato in six episodes of the mini-series “Samurai Girl”, then through to 2014, Kenneth played Henry Lin in 14 episodes of the critically acclaimed action crime drama “Sons of Anarchy”. Also during those years, he appeared in various series including the musical comedy “Glee”, the medical drama “Hawthorne” and the political drama “The Newsroom”.

In 2015, Kenneth was invited to play Sam Luttrell in 13 episodes of the spy drama “Allegiance”, which starred Hope Davis, Scott Cohen and Margarita Levieva, and is about a CIA analyst who isn’t aware of the fact that his family are all members of a Russian spy organization. A few of his following roles were in the crime anthology series “The People v. O. J. Simpson: American Crime Story” (10 episodes), the post-apocalyptic comedy “The Last Man on Earth” (10 episodes) and the medical drama “Chicago Med” (two episodes).

Kenneth’s most recent appearance in a TV series was in 2019, when he played Bobby ‘Bob Bob’ Kim in the episode “Cash and Carry” of the crime drama “Snowfall”.

In 2016, he appeared as a dancer in the music video “Wherever I Go” by One Republic.

Kenneth is very secretive when it comes to his love life, and hasn’t talked about any women he might have been with – this is one of the reasons why there are many people out there who believe Kenneth to be gay.

Kenneth has been romantically linked with two women on-screen – Rachel Breitag and Jennifer Love Hewitt. Because he has shown to be able to make an on-screen affair look so real, people stopped believing that he’s gay, and are now nearly convinced that Kenneth simply prefers to keep his personal matters to himself. Some people have also claimed that he has a wife and even children, but none of this has been confirmed.

As of December 2020, Kenneth appears to be single, hasn’t married and doesn’t have children.

Kenneth is an avid dancer and although he once thought about making it a career, he today does it mostly for fun.

He is keen on working out, and enjoys adding or dropping a couple of pounds for his roles. For the film “The Wolf of Wall Street”, Kenneth put on 25lbs and stopped going to the gym – he usually has several training sessions each week.

Kenneth is a dog-lover and has several pets, while he’s visited many zoos – his favorite animals are lions.

He has his own favorite actors some of whom are Leonardo DiCaprio, Tom Hanks and Will Smith, and a couple of movies he could watch over and over again are “Shutter Island”, “Forrest Gump” and “Men in Black”.

As of December 2020, his net worth has been estimated at over $2 million.