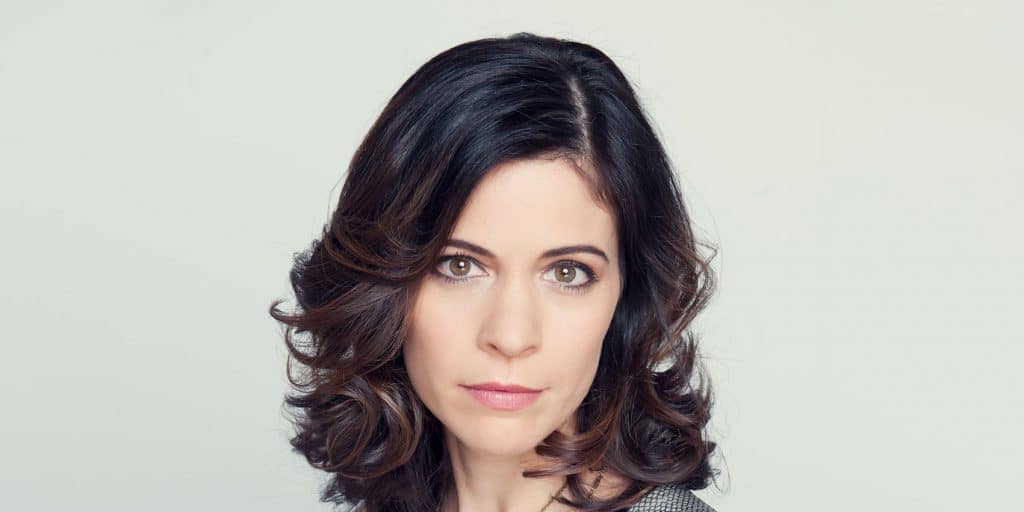 All About Lauren Stamile: Age, Height, Net Worth, Boyfriend, Wiki

Lauren Stamile was born in Tulsa, Oklahoma USA, on 12 September 1976 – her zodiac sign is Virgo, and she holds American nationality. She’s an actress and a former model, who’s probably still known best for her portrayal of the supporting character Agent Pearce, in the action crime series “Burn Notice”. It aired from 2007 to 2013, while Lauren was a member of the cast in 2011 and 2012. The series was created by Matt Nix, starred Jeffrey Donovan, Gabrielle Anwar and Bruce Campbell, and follows a spy who has just been fired by the US government, and is now using his skills to help those in trouble. It won six of the 23 awards for which it was nominated, including four Primetime Emmy nominations.

Lauren was raised in Tulsa alongside four siblings, with her being the third child, by their father who was a physician, and their mother who was a nurse.

She became interested in acting while attending Cascia Hall Preparatory School, as she appeared in a couple of plays performed there, as well as in another couple performed at a local theatre. Lauren was urged by her parents to focus on obtaining a college degree, and thus upon matriculating in 1994, she enrolled at Northwestern University, from which she obtained her Bachelor of Arts degree in 1998.

Lauren then moved to New York City, and launched her acting career.

Lauren has appeared in more than 60 movies and TV series, and we’re about to mention more of her most notable performances.

She made her debut TV series appearance in 1999, when cast to play Sarah in the episode “Sophomore Jinx” of the mystery crime drama “Law & Order: Special Victims Unit”. Lauren gained recognition in 2001, when she played Liz Lombardi, one of the main characters in the comedy “Off Centre”. It also starred Sean Maguire and John Cho, and follows a British and an American teenager, who are living together in Manhattan. The following years saw Lauren appear in an episode of various series, such as the drama “The West Wing”, the comedy “Married to the Kellys” and the fantasy mystery drama “Tru Calling”.

Her following notable performance was in 2007, when cast to portray Nurse Rose in the critically acclaimed romantic drama “Grey’s Anatomy”. The series was created by Shonda Rhimes, starred Ellen Pompeo, Chandra Wilson and James Pickens Jr., and follows the lives of five medical interns. It’s been airing since 2005, and has won 80 awards including four Primetime Emmys, while it has been nominated for 232 other awards.

The early 2010s saw her play supporting characters in several hit series, such as the comedy “Community”, the mystery crime drama “The Mentalist” and the thriller drama “Scandal”. In 2015, she starred as Bridget O’Neill in the crime thriller drama “Complications”, and the following year saw her play the supporting character Susan Weller, in the action drama “Chicago Fire”.

Three of Lauren’s most recent roles in TV series have been in 2019, in the episode “You Have Reached the Voicemail of Leslie Peterson” of the crime comedy drama “Good Girls”, two episodes of the action thriller drama “9-1-1” , and the episode “Chino and the Man” of the mystery crime drama “Veronica Mars”.

Lauren made her debut film appearance in 2000, when she portrayed Mel in the drama “Something Sweet”, and the same year saw her play Georgette in the thriller “Follow Me Outside”.

The year 2004 saw her play Kate Jackson in the drama “Behind the Camera: The Unauthorized Story of ‘Charlie’s Angels’”, as well as Ms. Paige in the mystery thriller drama “The Last Letter”.

In 2006, Lauren was cast to appear as Cassidy in the comedy “That Guy”, and the year 2008 saw her appear in two movies which failed to attract a lot of attention: the comedy “Kissing Cousins” and the comedy drama “The Blue Tooth Virgin”. She gained recognition in 2009, with her portrayal of Lena Simone, one of the lead characters in the romantic mystery drama “Midnight Bayou”, written by Stephen Tolkin based on the novel by Nora Roberts, and directed by Ralph Hemecker. The movie also starred Jerry O’Connell and Isabella Hofmann, and follows the love story of a Boston lawyer Declan Fitzpatrick, and the restaurateur Lena.

Two of her most recent movie roles have been in the 2019 horror comedy “Bit”, and the 2021 comedy drama “Rita”, while she has just recently finished shooting for the upcoming science fiction horror “Let Us In”, set to be released in the USA on 2 July 2021.

In 2008, Lauren made a guest appearance in an episode of the talk-show “Entertainment Tonight”.

In 2020, she narrated the short documentary film “Hollywood Boulevard: The Regulars”.

She has appeared in commercials for various popular companies and brands, such as Volkswagen, Summer’s Eve and Old Spice.

Lauren is more or less secretive when it comes to her love life, but it’s known that she’s today a married woman.

Math is a language that you use to describe statistics, but really it's about collecting inf #LaurenStamile #quotes https://t.co/o54mtBfxWX

She exchanged vows with Randy Zamcheck, a wellness coach and a life guru, on 24 April 2009, in front of their closest friends and family members – neither has spoken of how and when they met, but it’s believed that they were introduced by a mutual friend sometime in the mid-2000s, as he believed they would be a perfect match. Lauren has given birth to their son and daughter, but has been keeping the children away from the media’s attention, thus nothing about them is known, not even their names.

She hasn’t spoken of any other men whom she has perhaps been with, so as of May 2021, Lauren’s married to Randy Zamcheck, and they have two children together.

Lauren has been a philanthropist since the launch of her acting career, and has volunteered with and donated money to various charity organizations, mostly to those which are working with underprivileged children.

She likes to travel, and her acting career has taken her to various US states, including Florida, Texas and North Carolina, while she’s also been to various European countries, such as France and Germany.

Lauren has a couple of training sessions at the gym each week, while she’s also focused on her mental health, as she does yoga and meditates on a daily basis.

She likes animals, and has had several pet dogs over the years.

Lauren has her own favorite actors and actresses, some of whom are Tom Hanks, the late Robin Williams, and Emma Watson – her favorite movies include “Sleepless in Seattle”, “Patch Adams”, and the franchise “Harry Potter”.