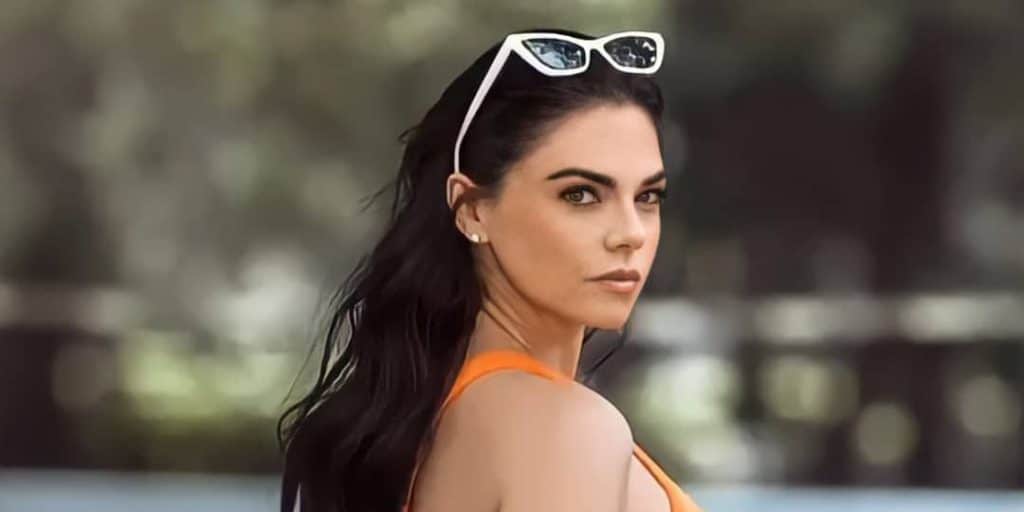 All About Livia Brito’s Biography: Age, Husband, Net Worth, Family

Who is Livia Brito?

Livia Brito Pestana was born on 21 July 1986 under the zodiac sign of Cancer, in Ciego de Ávila, Cuba. She is a 34-year-old actress and model, best recognized for starring in a number of Mexican telenovelas, such as “Triunfo Del Amor”, “Muchacha Italiana Viene A Casarse”, and “Médicos, Línea De Vida”. She is also a YouTuber, known for running her official channel with more than 130,000 subscribers, and 5.3 million views in total.

How rich is she, as of now? Livia Brito Net Worth

As of mid-2021, Livia Brito’s net worth is estimated at close to $1 million, acquired through her successful involvement in the entertainment industry as a professional actress, who has garnered over 15 television and film acting credits since she launched her career in 2010.

She’s also increased her wealth through her modeling career.

Livia Brito spent her early years in her hometown of Ciego de Ávila, where she was raised by her father, Rolando Brito Rodríguez who was a well-known actor, and Gertrudis Pestana, a major ballet dancer. She holds Cuban nationality and belongs to Hispanic ethnic group. In 2000, she immigrated with her family to Mexico and settled in Mexico City, where her father opened a restaurant called La Cubana that offered traditional Cuban dishes, and where she worked before she started pursuing her acting career.

Livia Brito started by pursuing her professional career as a model, and even participated in various beauty pageants. In 2009, she represented Mexico at the Reina Mundial del Banano, and finished as runner-up; she was also awarded Miss Photogenic. In the following year, she turned her focus to acting, and made her debut appearance in the telenovela “Triunfo Del Amor”, produced by Salvador Mejía Alejandre for Televisa, starring in the recurring role of Fernanda Sandoval Gutierrez from 2010 to 2011.

It was her big break since she appeared in all 158 episodes, next to such actors as Maite Perroni, William Levy, and Victoria Ruffo. For her performance, Livia won the Best Young Lead Actress award at the 30th TVyNovelas Awards in 2012.

Following the end of “Triunfo Del Amor”, Livia Brito continued her rise to stardom by taking the supporting role of Paloma Gonzales in Televisa’s telenovela “Abismo De Pasión” (2012), written by Caridad Bravo Adams and produced by Angelli Nesma Media, and it also earned her the Best Young Lead Actress award for the second year in a row. She then made her feature film debut appearance in the role of Chantal in the 2013 comedy-drama film “No Sé Si Cortarme Las Venas O Dejármelas Largas”, written and directed by Manolo Caro.

Between 2013 and 2014, Livia landed her first lead role as Natalia Pabuena in Lucero Suárez’s telenovela “De Que Te Quiero, Te Quiero”, that is a remake of Venezuelan telenovela “Carita Pintada”. It was followed by her portrayals of Ana Bertha Miranda in the musical comedy-drama film “Volando Bajo”, directed by Beto Gómez, and Jazmín in Luis Estrada’s comedy political satire film “La Dictadura Perfecta”, both in 2014.

Thereafter, Livia Brito accepted only major roles in popular series – from 2014 to 2015, she starred as Fiorella Bianchi in the telenovela “Muchacha Italiana Viene A Casarse”, along with Jose Ron. It was produced and directed by Pedro Damián for Televisa, and her performance earned her a Premios TVyNovelas nomination for Best Lead Actress.

Her next significant role came in 2016, when she was selected to play Maricruz Guardia in the biographical TV miniseries “Por Siempre Joan Sebastian”, which follows the life of the late Mexican singer Joan Sebastian. She then took the lead role of Yolanda Cadena in the American TV crime drama series “La Piloto” (2017-2018), which was aired on both Univision and Las Estrellas, and reprised the role in an episode of the telenovela “La Doble Vida De Estela Carrillo” in 2017.

It was followed by her portrayal of Mary, mother of Jesus, in the 2019 historical film “Juan Apóstol, El Más Amado”, directed by Conrado Martinez. Afterwards, she was cast as Regina Villaseñor in Televisa’s telenovela “Médicos, Línea De Vida” (2019-2020), produced by José Alberto Castro.

Most recently, Livia continued to work with Castro, and took the role of Fernanda Linares in his telenovela “La Desalmada” (2021), alongside José Ron, Marjorie de Sousa, and Eduardo Santamarina. It is also announced that she will play Carmen Pelusi in the upcoming American sitcom “Unhappily Ever After”, which is currently under post-production.

Apart from being an actress, Livia Brito tried herself as a YouTuber, launching her official self-titled channel on 29 March 2017. She initially shared behind the scene videos, and eventually expanded her content and started filming videos related to cooking, fitness and health in general. Some of her most popular videos are “LIVIA BRITO – HAZ EJERCICIO EN CASA!!!”, “HAZ MUCHO BILLETE $$$ – LIVIA BRITO”, and “LIVIA BRITO – 20 COSAS QUE NO SABÍAS DE MI”, to name a few.

Livia Brito has dated various famous men. She was in a relationship with Colombian musician Danny Frank for nine years before they called it quits in 2015 – it’s believed that she cheated on him with famous actors Salvador Zerboni, Diego Covarrubias, and José Ron. She then went on to date Mexican singer Said ‘El Caballero Urbano’ in 2016, then following their split, Livia started a new romance with a guy named Mariano Martínez, who goes by the nickname ‘yosmimariano’ on Instagram; he’s a personal trainer by profession. The couple is still going strong in mid-2021.