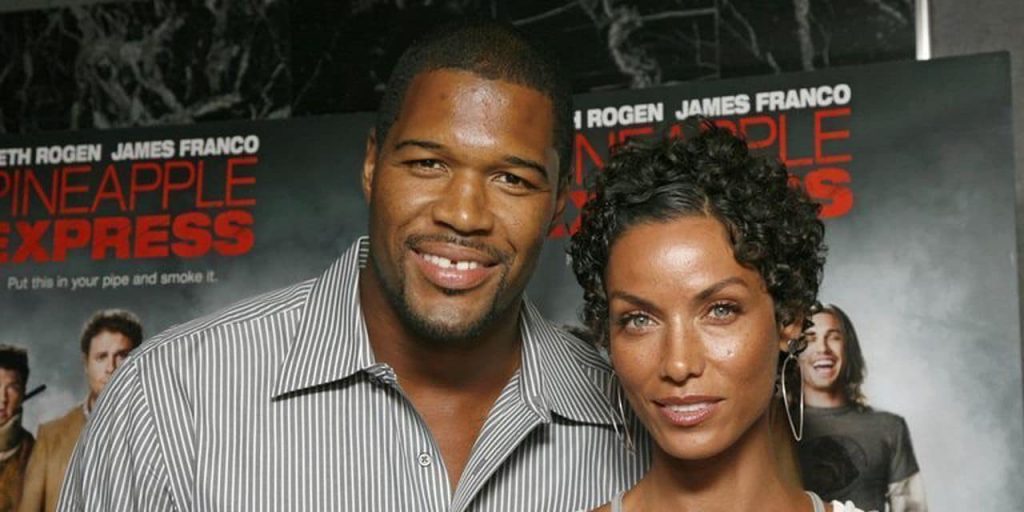 Who is Wanda Hutchins?

Wanda Hutchins was born in Houston, Texas USA, on 6 June 1973 – her zodiac sign is Gemini and she holds American nationality. She is probably only known for being the now ex-wife of Michael Strahan, a famous former American Football Player.

Wanda is quite secretive when it comes to her personal matters, and hasn’t shared any details concerning her siblings and parents, however, it’s known that she is very close to her mother, as she occasionally uploads pictures featuring them together, onto her Instagram account.

Wanda attended a local high school at which she was interested in various things such as acting, singing and dancing. She was a member of the school’s drama club, and appeared in several plays performed there. Upon matriculating in 1991, Wanda enrolled at Texas Southern University, from which she graduated with a Bachelor’s degree in 1995.

Wanda hasn’t shared a lot about her career, but it’s known that she has been working as an interior designer for over a decade now.

Wanda met Michael Strahan while they were both attending Texas Southern University – at that time, Michael was one of the most popular boys at the university, mostly for being a star Football player. In 1992, after around a year of dating, the two married in a private ceremony attended by their closest friends and family. Not everybody was happy about their marriage, because they wanted Wanda and Michael to obtain their degrees first, however, as Wanda became pregnant, they chose to exchange vows.

Wanda gave birth to their daughter Tanita several months after the wedding, while their son Michael Anthony Jr. followed two years later. However, in 1996 Wanda and Michael divorced for unknown reasons.

Wanda has been staying away from the media’s attention since the divorce, but it’s rumored that she began dating a mysterious man, and gave birth to their son Dorian. Michael went on to marry Jean Muggli in 1999, and she gave birth to their twins Sophia and Isabella in December 2004. On 20 July 2006, Jean and Michael divorced, and in August 2009, Michael asked Nicole Mitchell to marry him but they broke the engagement in 2014. It appears that Michael has since been single.

Wanda became interested in sports thanks to Michael, and even today enjoys watching football and hockey matches on TV, having watched many live football games while she was married to Michael.

She likes to travel, and her career has taken her all around the US, while Wanda has also had several opportunities to travel overseas, visiting countries such as Spain and England in Europe.

She is a lover of animals, and has a pet dog and a pet cat.

In her spare time, Wanda enjoys watching movies, and her favorite actor and actress are Leonardo DiCaprio and Natalie Portman, while a couple of her favorite movies are “Titanic”, “Shutter Island” and “Inception”.

Who is Michael Strahan?

Michael Anthony Strahan was born in Houston, Texas USA, on 21 November 1971 – his zodiac sign is Scorpio and he holds American nationality. He spent all 15 years of his career in the National Football League (NFL) with the New York Giants, winning Super Bowl XLII with them in 2007.

Michael was raised alongside his five siblings in Houston by their father Gene Willie Strahan who was an Army Major and a boxer, and their mother Louise Strahan who was a basketball coach. In 1980 when Michael was nine, his family moved to Mannheim in West Germany as his father was stationed there.

He attended Mannheim American High School before returning to Houston and enrolling at Westbury High School, at which he started dreaming about becoming a professional Football player one day. Upon matriculating in 1989, Michael enrolled at Texas Southern University on a football scholarship; during his time there, Michael was named the Division I-AA Defensive Player of the Year, Black College Defensive Player of the Year, and First Team All-Southwestern Athletic Conference.

Upon graduation in 1993, Michael was drafted by the New York Giants, but didn’t gain recognition until 1998, as his first five seasons were plagued by injuries. In 2001, he was named the NFL Defensive Player of the Year, and the same year saw him set a record for the highest number of sacks in one season. After 15 years with the Giants, Michael retired from football on 9 June 2008, and was inducted into the Pro Football Hall of Fame in 2014.

As soon as he retired, Michael joined the football show “Fox NFL Sunday” as a co-host, and then served as a fill-in host for the show “Live! with Regis and Kelly”. Two years later after Regis retired, Michael was invited to be a co-host and the show was renamed to “Live! with Kelly and Michael”. He left the program on 19 April 2016, when he was invited to become a co-host of the show “Good Morning America” – for his performance, Michael has won two Daytime Emmy Awards for Outstanding Talk Show Host.

Michael is a philanthropist who allowed the Junior League of Montclair-Newark to use his house on Georgian Heights for their charity fundraiser. Michael purchased the house for $1.3 million back in 2000, and then spent several millions on renovation and restoration.

In 2008, Michael and his friend Justin Tuck collaborated with Nike to create their own unique sneakers, while all the money earned from selling these was donated to Nike’s charity organization Let Me Play. Michael volunteered at St. Jude Children’s Research Hospital in December 2018.

He is also a writer, having released his motivational book “Wake Up Happy: The Dream Big, Win Big Guide to Transforming Your Life” in 2015.