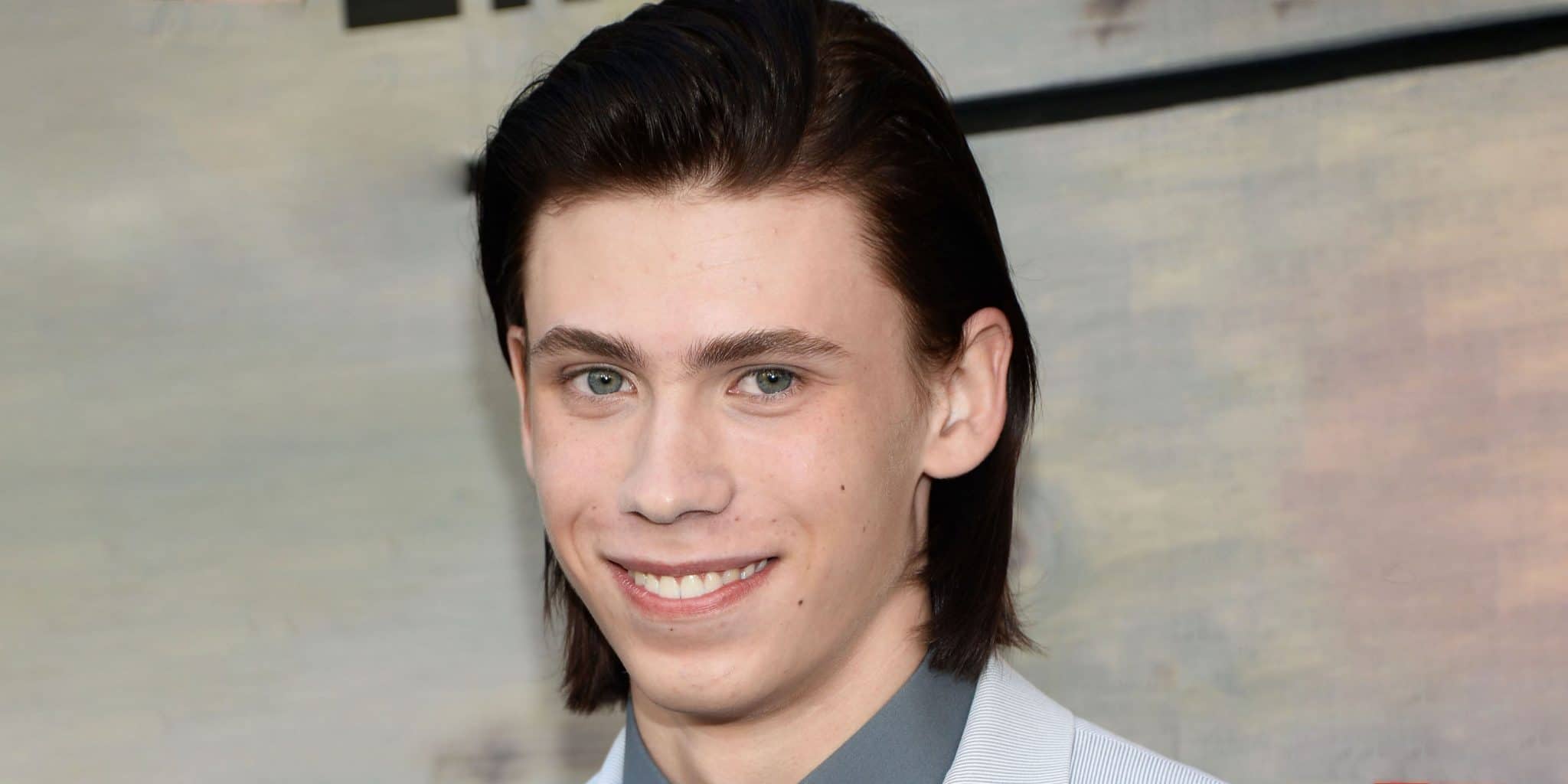 All About Owen Teague from ‘It’ and ‘Black Mirror’: Net Worth, Wiki

Who is Owen Teague?

Owen William Teague was born on 8 December 1998 under the zodiac sign of Sagittarius, in Tampa, Florida USA. He is a 22-year-old actor, probably best recognized for landing the role of Nolan Rayburn in the Netflix original thriller drama series “Bloodline” (2015-2017) and featuring as Patrick Hockstetter in adaptations of Stephen King’s “It” in 2017, and “It Chapter Two” in 2019.

How rich is he, as of now? Owen Teague Net Worth

As of mid-2021, Owen Teague’s net worth is estimated at over $1 million; earned through his successful involvement in the world of entertainment as a professional actor, who has worked on 30 television and film titles since he launched his career back in the early 2010s.

Owen Teague spent his early years in his hometown of Tampa, where he was raised by his parents, whose names haven’t been revealed yet, but both of whom were musicians. It is unknown whether he has siblings or is an only child. He holds American nationality and belongs to White Caucasian ethnic group.

Owen developed his love for acting at the age of four, when he performed scenes from “Beauty And The Beast” with his stuffed animals, and then appeared in small theater productions.

He attended Macfarlance Park International Baccalaureate Elementary School, where he was a member of the Movie Makers Club. He then went to Howard W. Blake High School, and there joined the thespian club and orchestra. He played violin until the age of 15.

Owen Teague started pursuing his career as a professional actor in 2012, when he made his debut TV appearance with the small role of Jack in the pilot episode of the ABC sitcom “Malibu Country”. It led him to secure more serious opportunities. In 2013, he played Mitch in the comedy TV series “CollegeHumor Originals” and featured in the title role of the short adventure comedy film “Timmy Muldoon And The Search For The Shadoweyes Bandit”.

Posted by Cow Missing Productions on Monday, May 27, 2019

During the same year, Owen Teague made his debut film appearance as Bobby Butler in the comedy-drama film “Contest”, next to Kenton Duty and Daniel Flaherty, and played Jacob in the made-for-TV drama film “Reckless”. It was followed by his portrayals of Travis in the short drama film “Under And Above”, and Clark in another short drama film, entitled “The Visitation”, both also in 2013. Thereafter, he had guest parts in such TV series as “NCIS: Los Angeles” and “Reckless”.

In 2015, Owen Teague featured as Samuel Riley in the western psychological film “Echoes Of War”, alongside James Badge Dale and Ethan Embry, and then played young Walt in the biographical drama film “Walt Before Mickey”, which follows the early life of Walt Disney.

During the same year, he also starred in the role of young Charlie in the romantic thriller film “Wild In Blue”, written and directed by Matthew Berkowitz, and guest-starred as Jesse in an episode of the Fox crime procedural comedy-drama series “Bones”.

Afterwards, Owen took the recurring roles of Nolan Rayburn and young Danny in the Netflix original thriller drama series “Bloodline”, which ran for three seasons from 2015 to 2017. Concurrently, he also made a guest appearance as Otis in an episode of the PBS period medical drama series “Mercy Street”, and portrayed Jordan in the sci-fi horror film “Cell”, based on Stephen King’s novel of the same title, both in 2016.

Owen Teague’s next remarkable appearance came in 2016 when he landed the role of Patrick Hockstetter in the film adaptation of Stephen King’s novel “It”, directed by Andy Muschietti. The film became one of the highest-grossing R-rate films of all time, since it took over $700 million worldwide against the budget of $35 million; it was also named one of the best Stephen King adaptations. He would later reprise the role in its sequel, entitled “It Chapter Two”, which was released in 2019, and was also a huge commercial success.

Owen then made a guest appearance as Trick in the episode “Arkangel” of the fourth season of the critically-acclaimed British anthology TV series “Black Mirror” (2017), aired on Channel 4 and Netflix. In 2018, he featured as Alexander / A in the romantic fantasy film “Every Day”, directed by Michael Sucsy.

In 2019, Owen Teague continued to line up successes; he starred in such roles as Alec Travers in the crime horror film “I See You”, Tommy in the horror film “Mary” next to Gary Oldman and Emily Mortimer, and Boots Conley in the crime film “Inherit The Viper”, alongside Josh Hartnett.

Later that year, he was cast in the main role of Julian Spitzer in the HBO comedy miniseries “Mrs. Fletcher”, followed by his portrayal of Duncan West in the 2020 supernatural horror thriller film “The Empty Man”, based on the graphic novel of the same title written by Cullen Bunn and Vanesa R. Del Rey.

Most recently, Owen Teague took the main role of Harold Lauder in the post-apocalypse streaming TV miniseries “The Stand” (2020-2021), based on Stephen King’s novel of the same title, and released on CBS All Access. Speaking about his upcoming projects, it’s announced that he will play Cal in the drama film “Montana Story”, James in the drama film “To Leslie”, and a young guy in the short comedy film “The Pitch”, all of which are currently under post-production.

Owen Teague has long light brown hair and blue eyes. He stands at a height of 5ft 11ins (1.80m), while his weight is around 142lbs (64kgs). Information about his vital statistics, biceps size, and shoe size isn’t available.

Owen Teague isn’t very open when it comes to speak about his dating life, since he tends to hide it far away from the eye of the public. It’s believed that he is single at the moment, and entirely focused on his professional acting career. His residence is still in his hometown, where he lives with his parents.