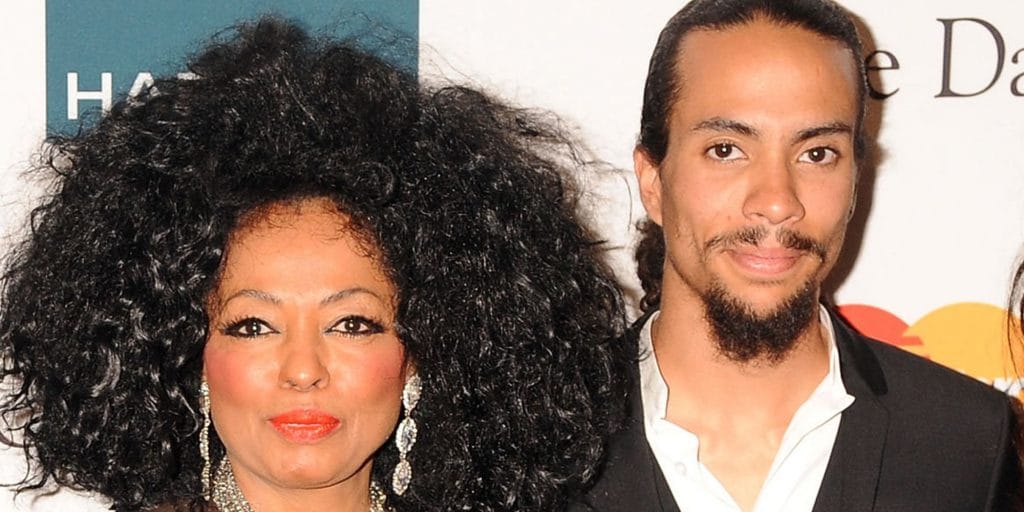 All About Ross Naess – Siblings, Net Worth, Wife, Biography

Who is Ross Naess?

Ross Arne Naess was born in the USA on 7 October 1987 – his zodiac sign is Libra and he holds American nationality. He is an actor, but who might be known best as the son of Diana Ross, a famous American singer and actress perhaps still known best for having been the lead singer of the girl band The Supremes.

Ross was raised in Los Angeles alongside his brother Evan by their mother and their father Arne Naess. He also has several half-siblings, including Rhonda Ross Kendrick and Chudney Ross.

Ross became interested in acting at quite an early age but soon learned that he wasn’t talented enough to pursue an acting career.

He attended a local high school at which he was physically active as he played baseball and was also interested in football – Ross matriculated in 2005 and although he hasn’t talked about his further education, it is believed that he graduated from college with a Bachelor’s degree in 2009.

Evan is an actor who has been credited with appearing in around 40 movies and TV series, while one of his most notable performances has been when he portrayed Messalla in the 2015 action adventure science fiction film “The Hunger Games: Mockingjay: Part 2”.

Ross has only been credited with one role. He was four years old when his mother got him cast in the 1991 short music video “Diana Ross: When You Tell Me That You Love Me”.

He worked various jobs after matriculating, but has stayed away from the spotlight and not a lot is known about his career. Ross eventually became interested in producing movies, and the one and only film he has produced was the 2014 horror thriller “Acid Girls”, written and directed by Taylor Cohen, and which starred Sarah Dumont, Caitlin Harris and Clara Paget – it follows a single man who invited three cam girls he met at a bar into his home. The movie failed to attract a lot of attention.

Ross has also appeared in two TV shows, in a single episode of “The Oprah Winfrey Show” in 2011, and in the 2016 TV Special “Essence Ninth Annual Black Women in Hollywood”.

However, Ross isn’t without other activities, and is the co-founder of the magazine “Warwick Los Angeles”, the barbershop Like A Gentleman, and the festival Untapped Series.

Ross is quite secretive when it comes to his love life, but being the son of Diana Ross has made it impossible for him to hide the fact that he has a wife. He exchanged vows with his other half, Kimberly Ryan sometime in mid-2016, after the two had been dating for around 11 years, having met in Los Angeles in 2005 when they were introduced by a mutual friend. At the time of the wedding, the two were already parents to their son Leif ,and around half a year later, Ross and Kimberly welcomed their second son Indigo Naess.

The family of four plus their three dogs is leading a seemingly happy life in Malibu, California, as of January 2021.

Ross prefers to spend his spare time in nature, whether it’s high up in the mountains, in the woods or by a lake. Winter is his favorite season as he enjoys hiking in the snow, skiing and snowboarding, however, Ross also likes summer as he is an avid swimmer, and likes to go fishing.

Ross is physically quite active, and has three to four training sessions at the gym each week, while he’s also following a strict diet, and is focused on eating only healthy food thus his somewhat muscular body.

He is a huge fan of music, and his favorite performer is his brother Evan – Ross has attended numerous concerts and festivals.

In his spare time he is keen on watching movies, and his favorite actor and actress are Robert De Niro and Natalie Portman, while a couple of his favorite movies are the trilogy “The Godfather”, “Taxi Driver” and “Leon: The Professional”.

Who is Ross’ mother Diana Ross?

Diana Ross was born in Detroit, Michigan USA, on 26 March 1944 – her zodiac sign is Aries and she holds American nationality.

She became popular in the ‘60s thanks to her group The Supremes, which has to this day remained the best charting girl group in the history of US music. Diana is also known for a Golden Globe Award she won for her portrayal of the lead character in the 1972 biographical drama movie “Lady Sings the Blues”, which is about the life of the jazz musician Billie Holiday.

Diana was raised alongside her siblings by her father Fred Ross, Sr. and her mother Ernestine. She attended Cass Technical High School, and after matriculating in 1962 ,didn’t enroll at a college, but focused on her career as a singer.

She was 15 years old when she joined the band the Primettes, and then in 1961, the girls were signed to Motown Records but only after accepting a change of name to The Supremes.

Their first hit song “When the Lovelight Starts Shining Through His Eyes” reached #34 on the Billboard Hot 100 Chart, while their first song to top the chart was “Where Did Our Love Go” released in 1964. In 1968, Diana launched her solo career, and also performed in various TV specials including “The Dinah Shore Show”. In November 1970, Diana announced she was no longer a member of The Supremes.

Her self-titled debut album came out in May 1970, and its single “Ain’t No Mountain High Enough” was the first Diana song to top the charts, while another single “I’m Still Waiting” released in 1971 topped the charts in the UK. After her success with the movie “Lady Sings the Blues”, she was invited to star in the 1975 romantic film “Mahogany”, which received mixed reviews.

She went on to star in the musical adventure fantasy movie “The Wiz”, which was a failure as it lost $10 million for Universal and Motown, and marked the end of Diana’s acting deal with Motown.

In 1980, Diana left Motown as her music agency, and signed a $20 million contract with RCA Records. Her first album released under her new agency was “Why Do Fools Fall in Love”, which sold over a million copies. Not long afterwards, Diana founded her own company Anaid Productions. She received a star on the Hollywood Walk of Fame on 6 May 1982.

In 1988, she returned to Motown after it was sold to MCA Records, and after she was offered to become a part-owner.

She continued to release music in the following 12 years, and in 2000 The Supremes reunited, performing together until 2003. Diana then once again focused on her solo work ,and on 22 November 2016, she was presented with the Presidential Medal of Freedom by the then-President of the United States of America, Barack Obama.

Diana started dating Berry Gordy in 1965 while he was still the CEO of Motown – they were together for several years, and in August 1971 Diana gave birth to their daughter Rhonda Suzanne Silberstein. Diana and Berry split while she was still pregnant with Rhonda, and Diana married Robert Ellis Silberstein, an American businessman and music executive, while two months into pregnancy.

In 1972, Diana gave birth to her and Robert’s daughter Tracee Joy, while their second daughter Chudney Lane Silberstein followed in 1975, but Diana and Robert divorced in 1977. From 1980 to 1983,she was in a relationship with Gene Simmons, the bass guitarist of the band Kiss, then started dating Ross’ father Arne Naess Jr. in 1985, and they married the following year. Arne already had three children from his former relationships and marriages, while Diana also gave birth to their two sons Ross and Evan. Diana and Arne divorced in 2000 after it was revealed that Arne had welcomed a child with a woman from Norway – four years later, Arne died in a hiking accident in South Africa.