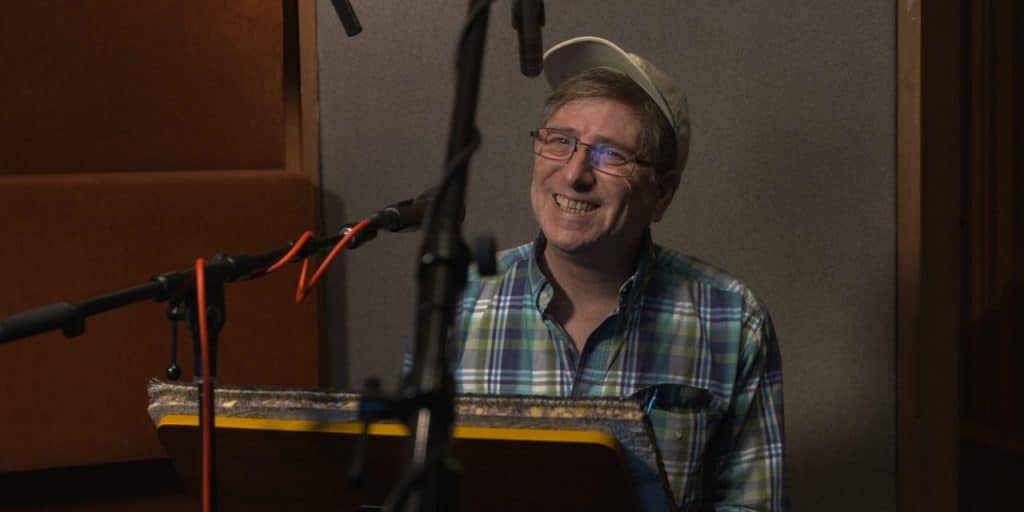 Corey Burton is an American voice actor, possibly best known for voicing the character Captain Hook in “Return to Never Land”. Despite his many years as a voice actor, his fans know very little about his personal life. To learn more about Corey Burton, read this biography to the end.

Corey Gregg Weinberg – now known as Corey Burton – was born under the Leo zodiac sign on 3 August 1955, in The San Fernando Valley of California USA. He holds Caucasian white ethnicity and American nationality.

He and his brother were raised by their parents. Corey always knew he wanted to work with sounds, revealing in an interview with Wired, that the first thing he ‘wanted as a kid was a tape recorder’. He would put together audio plays, in which he and his brother imitated the voices of people they knew.

Corey met Daws Butler when he was 15-years-old, during the production of a local TV show. They kept in touch, and within five years Daws Butler had given Corey intensive training in Radio Acting and Theater. At first he wasn’t confident, because of his shy personality, but with each gig he completed, Corey’s confidence grew – he’s now known as the man with a thousand voices.

Corey’s first official job came as a referral from his mentor, Daws Butler. At the age of 17, Corey started his career with the name ‘Corey Weinman’. He made the soundtrack for an educational presentation for schools, which was produced by Sande/Whiteside Productions for Walt Disney Educational Media Company. He then started to take on minor roles as a narrator for documentaries and commercials, and with his level of skill, Corey was soon in popular demand.

In 1976, Corey and other budding voice actors were hired by creative producer Jymn Margon, to work on Disney Read-Along Titles. His first project was an imitation performance of Hans Conreid, also a voice actor, and Corey would go on to collaborate with Disney for most of his career as a voice actor, voicing different characters for more than 50 Disney Storyteller Records.

In 2001, Corey did an imitation of Paul Frees, when he voiced the Ghost Host in Disney’s “Haunted Mansion Holiday”.

For the 60th Anniversary Edition and 2010 special edition of “Fantasia”, Corey re-recorded all previous commentaries done by late voice actor Deems Taylor, done to achieve vocal consistency in all the videos.

From 2014 through 2021, Corey Burton voiced the characters Ludwig Von Drake and Dale in the “Mickey Mouse” series.

Corey also gave his voice to mainstream animations including The Lizard in 26 episodes of “Spiderman” (1981), and the character Shockwave in “The Transformers” (1984- 87). For the DC Animated Universe, Corey portrayed Brainiac the supervillain, and voiced the same character in “Superman: The Animated Series”, “Static Shock” and “Justice League”.

Corey Burton was the narrator for the short film “Closet Cases of the Nerd Kind”(1980) . He also voiced several characters in TV series, “TaleSpin” (1990), while voicing Droopy in “Roller Coaster Rabbit” in the same year.

In 1992, he voiced Prince Achmen and the Necklace Merchant in “Aladdin”, and acted as the Bounty Law Promo Announcer for “Once Upon a Time in Hollywood” (2019).

Sooner rather than later, all the media companies Corey worked with started creating video games based on their animations, and needed Corey’s expertise, to ensure a vocal consistency for each character he previously voiced.

In the video games he voiced Ludwig Von Drake in “Disney’s Cartoon Arcade” (1990), and nine years later Brainiac in “Superman: The New Adventures” (1999).

In 2003, Corey Burton was nominated for two Annie Awards for voicing Captain Hook in “Return to Never Land” and Ludwig Von Drake in “House of Mouse”, winning the latter.

Subsequently, he bagged another Annie nomination for Best Voice Acting in an Animated Television Production’ in 2011, for the TV animation “Star Wars: The Clone Wars” in which he voiced Count Dooku.

According to Corey, the best character he voiced was Gaetan Moliere from “Atlantis: The Lost Empire”, a Disney animation.

What makes Corey Burton stand out from other voice actors is his versatility. He can modulate his voice to sound raspy, create a baritone, or even a high pitch. No wonder he was dubbed the ‘Man with a Thousand Voices’.

Corey lives with Asperger’s Syndrome, and as a result he finds it difficult to socialise. He tends to avoid public appearances, and prefers working behind the scenes. Corey is fascinated by sounds, and is an expert with microphones and all types of recording equipment. From time to time, he is known to dabble in sound engineering.

He loves animals and once lived with two cats, rabbits, tortoises and a chipmunk.

His marital status remains undisclosed at this time.

As for his clothing style, Corey is not big on fashion. Most times, you’ll find him dressed in button-down shirts and plain pants sporting his medicated glasses.

Having had a successful career spanning over four decades, the 65-year-old Corey Burton is surely worth more than the average voice actor. In mid-2021, his net worth is reported to be around $64 million. Property owned by Corey remains undisclosed to the public.