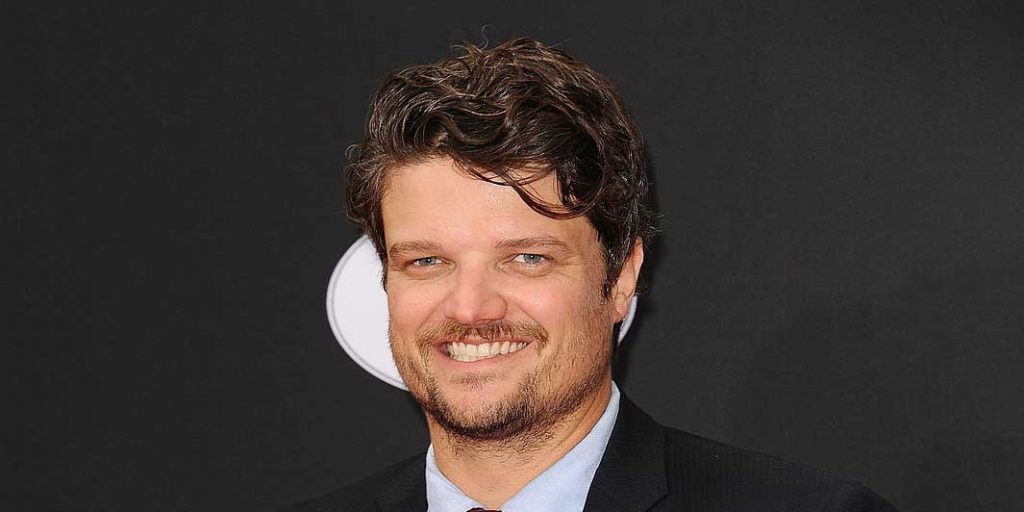 All Truth About Badger on ‘Breaking Bad’ – Matt L. Jones

Who is Matt L. Jones?

Matt L. Jones was born in Sacramento, California USA, on 1 November 1981 – his zodiac sign is Scorpio and he holds American nationality. He is an actor who might be known best for having portrayed Brandon ‘Badger’ Mayhew in the critically acclaimed crime thriller series “Breaking Bad” created by Vince Gilligan, and which starred Bryan Cranston, Aaron Paul and Anna Gunn. The story follow a high school chemistry teacher who, after being diagnosed with cancer, starts cooking meth. The series is rated one of the best of all time, aired from 2008 to 2013, and won 152 awards including two Golden Globes, while it was nominated for 238 other awards.

Matt was raised in Sacramento alongside his brother Evan by their mother who is a housewife, and their stepfather as their parents divorced when Matt was still very young. Evan is also a famous actor, perhaps known best for his roles in the drama movie “8 Mile”, the action crime movie “Gangster Squad”, and the post-apocalyptic western action film “The Book of Eli”.

When he was around 13 years old, Matt moved with his family to Claremont, and there attended Claremont High School from which he matriculated in 2000. He didn’t attend college, but went on to practice improvisational comedy in Westwood, Massachusetts and then joined the international creative group Boom Chicago in Amsterdam, The Netherlands (Europe), performing with them for three years.

Because of how often he performed, Matt ‘lost’ his voice, which is why he sounds kind of strange today.

Matt has been credited with roughly 80 appearances in movies and TV series, and we are about to mention some of his best performances in this article.

He made his debut TV series appearance in the 2002 episode “A Deep Fried Korean Thanksgiving” of the comedy drama “Gilmore Girls”, but then didn’t appear in any series or movies in the following six years. While he hasn’t talked about what he did during those years, it is believed that Matt worked various jobs just to financially support himself.

He subsequently appeared in single episodes of various series, such as the comedy drama “Greek” (2008), the action crime drama “NCIS: Los Angeles” (2010), and the action adventure comedy “Key Peele” in 2012.

Matt gained recognition after voicing Gunther, one of the lead characters in the animated action adventure “Kick Buttowski: Suburban Daredevil”, which follows an eight-year old boy who wants to become the best daredevil; the series was nominated for nine awards including one Primetime Emmy. His following notable performance was in the 2013 animated fantasy mini-series “Deadman”, in which he voiced the lead, only character in the series, then in the same year was cast to voice Hector Flanagan in the animated adventure comedy “Sanjay and Craig” until it ended in 2016. Concurrently, from 2015 to 2017 he voiced Pig, He So Crazy Squirrel and various other characters in the animated fantasy comedy “Pig Goat Banana Cricket”, which received mixed reviews.

The year 2018 saw him portray the lead character Joe Force in the comedy “Let’s Get Physical”, while he also voiced Kyle in six episodes of the short animated adventure “Home: Adventures with Tip & Oh” in the same year. From 2013 through 2019, Matt played the supporting character Baxter in the critically acclaimed romantic comedy “Mom”, which is still today airing and has won 11 awards while nominated for 34 others.

His two most recent roles in TV series have been in seven episodes of the animated comedy drama “F Is for Family”, in which he voiced Nuber (2018-2020), and the comedy “Bob Hearts Abishola” in which he portrayed Douglas (2019-2021).

Matt Jones on Breaking Bad, getting naked during Drunk History, and finding his voice by losing it https://t.co/534rdV8oFG pic.twitter.com/XiMbM2hD1q

Matt made his debut film appearance in 2009, when he starred in the short comedy “Funeral Sex”, while his first notable performance was in the 2011 action crime horror “Red State”, written and directed by Kevin Smith, and which starred Michael Parks, Melissa Leo and John Goodman. It follows a group of teenagers who respond to an invitation for sex sent over the internet. The film won three awards and was nominated for eight others.

The year 2013 saw him star in the short comedy drama “Loveseat”, written and directed by Matthew Richmond. The movie follows Joe (Matt) who is moving in with his girlfriend and now has to get rid of his favorite couch which makes him wonder whether or not he really wants to move in with her.

The following year saw him appear in the action horror comedy “Cooties”, which starred Elijah Wood and follows a group of elementary school children turned into savages by a virus.

In 2015, Matt voiced one of the lead characters in the animated adventure comedy “Home”, which also starred Rihanna and Steve Martin. His following notable performance was in the 2019 action crime drama “El Camino: A Breaking Bad Movie” in which he reprised his role as Badger, and which follows the events that happened after the series “Breaking Bad”, and also starred Aaron Paul and Jonathan Banks. The movie was a hit, winning four awards while it was nominated for 22 others including four Primetime Emmys.

One of Matt’s most recent roles in a movie has been in the 2020 comedy “Wheels of Fortune”, in which he played the lead character Bo Jackson.

Other works and awards

He has been nominated for and won three awards – in 2016, Matt was nominated for an Annie Award for Outstanding Achievement in Voice Acting in an Animated TV/Broadcast Production for “Pig Goat Banana Cricket”, and the following year saw him win a Film Club’s The Lost Weekend Award for Best Supporting Actor for his performance in the comedy movie “A Bad Idea Gone Wrong”, for which he also won a Special Jury Award for Narrative Feature.

Matt was in a relationship with the famous Canadian actress Kristen Hager, who is perhaps known best for her starring roles in the science fiction action movie “Aliens vs. Predator: Requiem”, and the action thriller film “Wanted”. They became engaged, but split although apparently remaining good friends.

On 5 May 2012, Matt married Kelly Daly, an actress with nine credits who might be known best for her portrayal of Susie in the 2013 romantic comedy film “Holiday Road Trip”. They are parents to son Jasper, however, it has recently been reported by the website IMDb.com that the two have divorced.

According to his Instagram account, Matt got back together with Kristen, and they married in a private ceremony attended by their closest friends and family in late 2020.

He uploaded a picture of them together onto his Instagram account and captioned it: ‘2020 isn’t so bad after all… I married my best friend today.’

As of January 2021, Matt is married to his second wife Kristen Hager, and has a son with his first wife Kelly Daly.

Matt is a dog-lover, and has a pet dog which can be seen featured in some of his Instagram pictures – his dog appears to like his son Jason more than him. Matt has had several other pets: his dog Ernie died a couple of months ago, while his cat Shifty and other dog Hank died some time before that.

Matt is an active member of the organization Black Lives Matter, and has walked a couple of peaceful protests together with his wife, son and their dog.

He likes to listen to music, and one of his favorite performers is the late American country folk singer John Prine.

Matt likes to travel, and his acting career has helped him visit various US states, and he has also been to a couple of European countries for both work and pleasure. His dream travel destination is Florence in Italy.

As of January 2021, his net worth has been estimated at over $2 million.