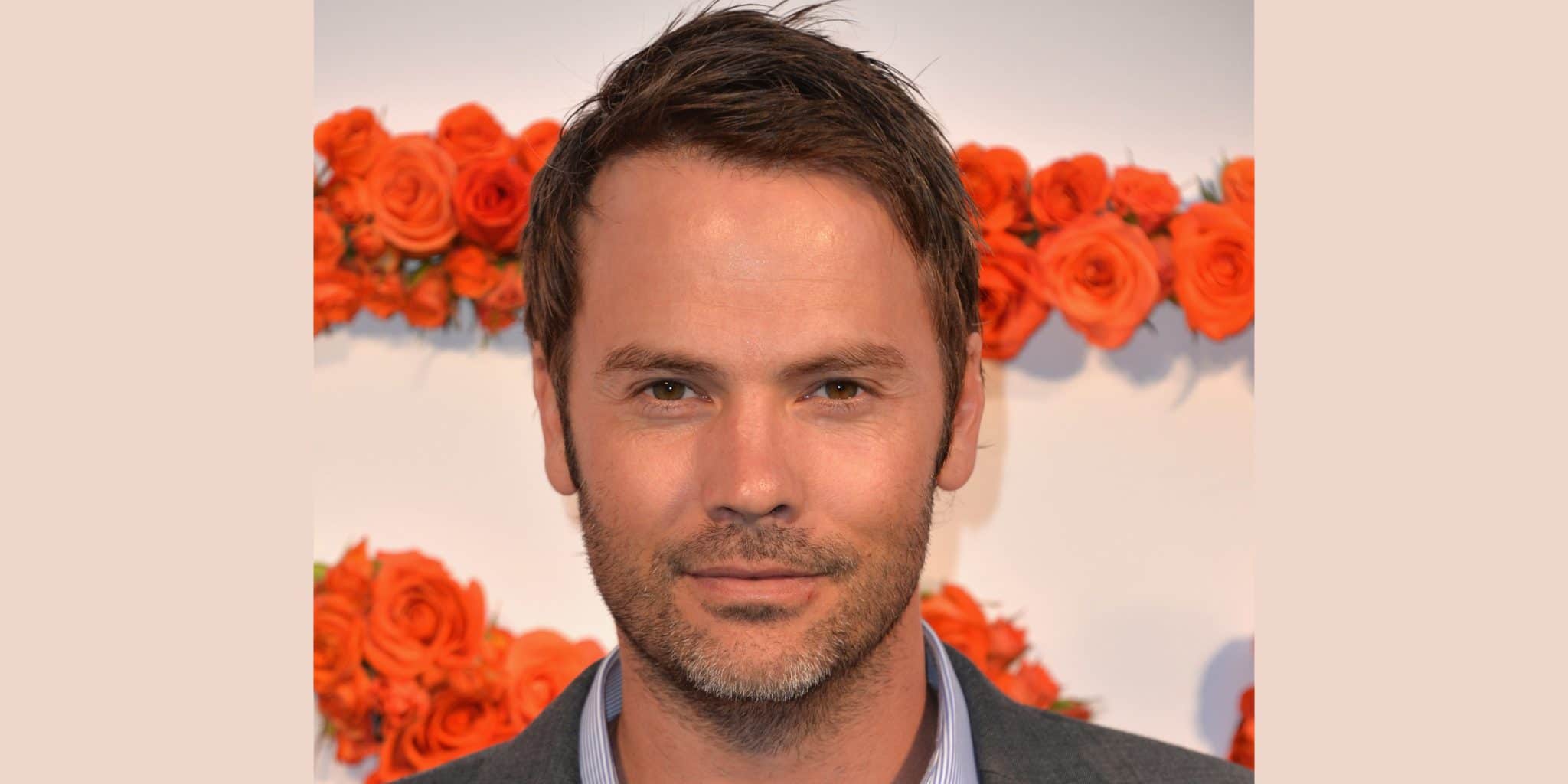 Who is Barry Watson?

Michael Barrett ‘Barry’ Watson was born in Traverse City, Michigan USA, on 23 April 1974 – his zodiac sign is Taurus, and he holds American nationality. He’s an actor with more than 40 credits to his name, while he’s perhaps still known best for his portrayal of Matt Camden in the popular family comedy series “7th Heaven”. Ccreated by Brenda Hampton, it starred Stephen Collins, Catherine Hicks and Jessica Biel, and follows the minister Eric Camden and his wife Annie, as they’re raising their seven children. The series aired from 1996 to 2007, and won 24 of the 82 awards for which it was nominated, including a Primetime Emmy nomination.

Barry was raised in Traverse City alongside his three siblings, by their father Michael Watson who was a lawyer, and their mother Karen who was a paralegal. In 1982, the family moved to Dallas, Texas.

Not long after the family had settled in Dallas, Barry launched his modelling career with the help of his parents by appearing in commercials for various brands; he also became interested in acting, and practiced his skills at the Dallas Young Actors Studio. When he was 14 his parents divorced, and Barry moved to Burbank in California in the following year, wanting to work on his acting career. In 1990, he made his debut TV series appearance, with his portrayal of Randy in three episodes of the long-running soap opera “Days of Our Lives”.

Barry studied at Richardson High School, and upon matriculating in 1992, chose to focus on acting rather than to pursue a college degree.

Barry made his debut film appearance in 1993, with his portrayal of Young Guy at TV Station in the biographical drama “Fatal Deception: Mrs Lee Harvey Oswald”, while a couple of his following roles were in the 1993 science fiction comedy “Attack of the 50 Ft. Woman”, and in 1999 the thriller comedy “Teaching Mrs Tingle”, and the  music video “Eve 6: Tongue Tied”.

He gained recognition in 2001, with his portrayal of Jack Barrett, one of the main characters in the action mystery thriller “When Strangers Appear”, written and directed by Scott Reynolds, and which also starred Radha Mitchell and Josh Lucas.

It follows a man who has run into a diner claiming that murderers are after him. Barry’s other notable performance in that decade was in the 2005 horror mystery drama “Boogeyman”, in which he starred as a young man who’s trying to deal with his childhood nightmare.

In 2011, Barry was cast to appear in three films: the romantic fantasy comedy “My Future Boyfriend”, the romantic comedy “The Chateau Meroux”, and the comedy “Rip City”. In 2014, Barry starred as Nick DeMarco in the family comedy drama “The Santa Con”, directed by Melissa Joan Hart, and which also starred Melissa Sagemiller and Scott Grimes. It follows the con man Nick DeMarco, who has to work dressed up as Santa at a department store, as ordered by his parole officer.

Three of Barry’s most recent movie roles have been in the 2018 romantic fantasy comedy “A Very Nutty Christmas”, and in 2019 two family adventure dramas “A Dog’s Way Home”, and “My Mom’s Letter from Heaven”. He’s currently shooting for the upcoming drama “Highway to Heaven”.

By the end of the ‘90s, Barry had appeared in an episode or two of various series, with some of the most popular amongst these having been the romantic family comedy “The Nanny”, the family comedy drama “Sister, Sister”, and the crime action adventure “Baywatch”.

In 2006, he was cast to star as Brian Davis in the romantic comedy drama “What About Brian”, created by Dana Stevens, and which also starred Matthew Davis and Rick Gomez; it follows a group of friends living in Los Angeles, California. Between 2007 and 2009, Barry starred as Todd in the hit romantic mystery comedy “Samantha Who?”, which follows Samantha who’s suffering from amnesia; the series won six awards, including a Primetime Emmy, while it was nominated for 18 other awards. The following years saw Barry make a guest appearance in an episode or two of various series, such as the comedy drama “Drop Dead Diva”, the musical comedy drama “Wedding Band”, and the mystery comedy drama “Wilfred”.

In 2017, we saw him star as Ricky Cooper in the drama “Date My Dad”, created by Nina Colman, also starring Audrey Smallman and Raquel Welch, and which follows Ricky who lost his wife Isabella three years ago, so his daughters are now planning to find him a girlfriend; the series won three of the six awards for which it was nominated.

Two of Barry’s most recent roles in TV series have been in the 2019 biographical mini-series “The Loudest Voice”, and the 2020 fantasy horror drama “Into the Dark”. He’s currently shooting for the upcoming action adventure drama “Naomi”.

He has been featured in a number of documentaries, including the 2007 short videos “What About 3: The Season That Never Was”, and “Calling All Friends: The Story of ‘What About Brian’”.

Barry has made a guest appearance in numerous talk-shows, including “The Rosie O’Donnell Show”, “The Late Late Show with Craig Ferguson”, and “Last Call with Carson Dally”.

Barry was nominated for six Teen Choice Awards, winning one in 2002 for TV – Choice Actor, Drama, for his performance in the series “7th Heaven”.

The two were introduced by their mutual friend, the famous American actress and author Victoria Davey Spelling. Barry and Laura divorced in 2002 for unknown reasons.

In December 2003, Barry began dating his high school sweetheart Tracy Hutson, an American actress and film producer, whom he had already briefly dated in his 20s. On 2 May 2005, Tracy gave birth to their son Oliver, and on 14 July 2006, the two married in a private ceremony attended by their closest friends and family members. On 13 November 2007, Tracy gave birth to their second son Felix, but in 2011, Tracy and Barry divorced, reasons unknown.

On 30 May 2012, Barry’s girlfriend Natasha Gregson Wagner, an American actress, gave birth to their daughter Clover Clementyne Watson, and on 21 December 2014, Barry and Natasha married in a private ceremony; they have since been together.

As of August 2021, Barry’s married to his third wife Natasha Gregson Wagner, and he has three children.

Barry’s a huge fan of National Basketball Association (NBA), and has watched numerous games, both on TV and at the fields. He cheers for the Los Angeles Clippers.

He’s a dog-lover, and his pet dog Willy can be seen featured in many of his Instagram pictures. Barry’s quite active on the network, as he’s uploaded over 300 pictures, and is today followed by more than 80,000 people.

He likes to travel, and his acting career has taken him to many US states, while Barry has also been to a couple of European countries; his dream travel destination is still Las Vegas, Nevada.

He has his own favorite actors and actresses, some of whom are Johnny Depp, Robert Downey Jr. and Scarlett Johansson, and a couple of his favorite movies are the franchise “Pirates of the Caribbean”, “Avengers: Infinity War” and “Lost in Translation”.

It was in May 2002 that Barry was diagnosed with Hodgkin’s lymphoma, and he thus had to take some time off shooting for the series “7th Heaven”. It was announced in April 2003 that the cancer was gone, and it hasn’t returned since.