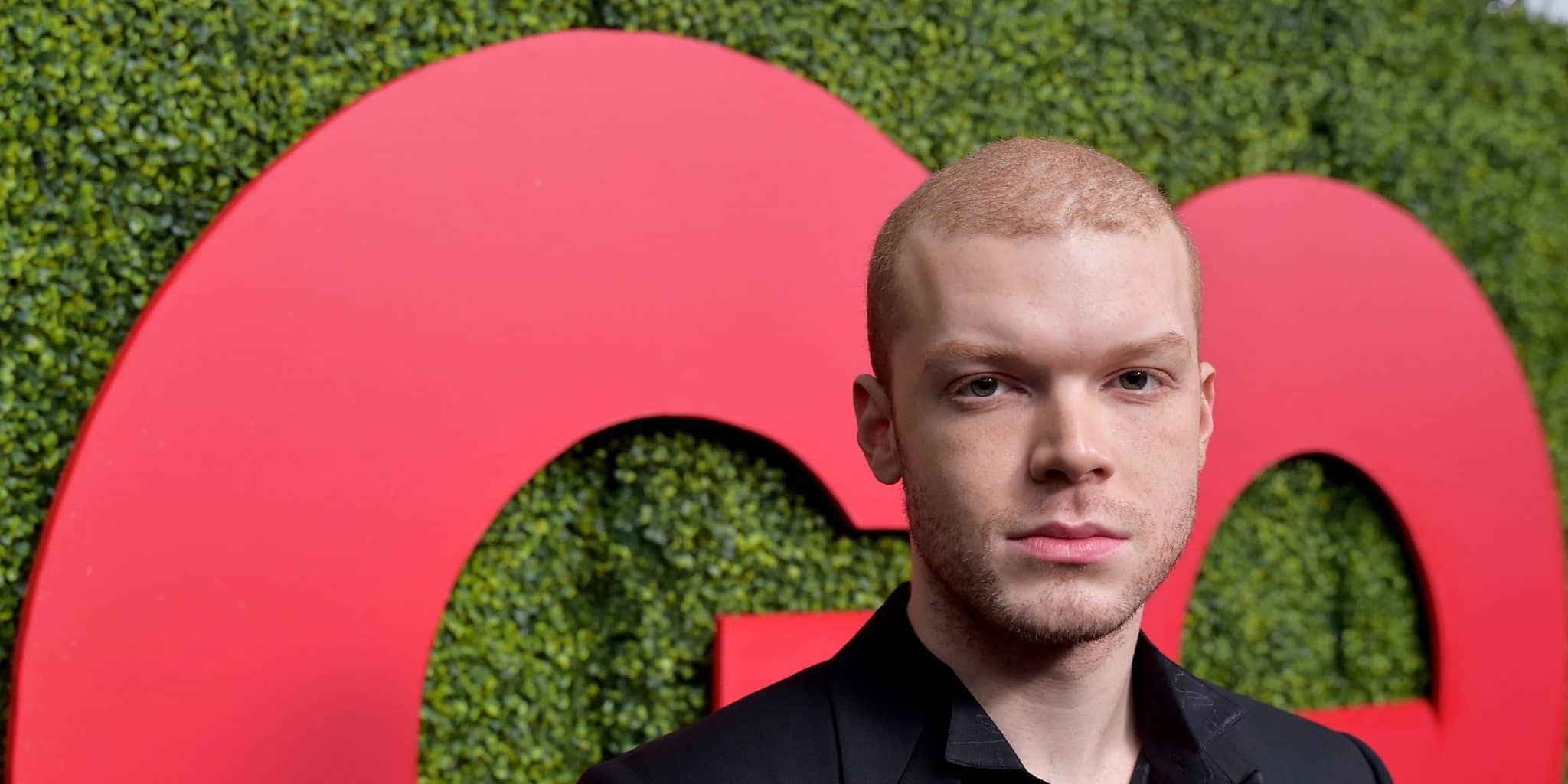 Cameron Monaghan is NOT dead: Girlfriend, Net Worth. Gay?

Who is Cameron Monaghan?

Cameron Riley Monaghan was born in Santa Monica, California USA, on 16 August 1993 – his zodiac sign is Leo, and he holds American nationality. He’s an actor and a model, with close to 60 acting credits to his name, while he’s perhaps known best for his portrayal of Asher in the 2014 romantic science fiction movie “The Giver”, directed by Phillip Noyce, and which starred Brenton Thwaites, Jeff Bridges and Meryl Streep. It follows a boy who’s living in a perfect community without suffering, while an old man is teaching him about the ‘real’ world and its pain; the movie won three of the nine awards for which it was nominated.

Cameron was raised an only child in Boca Raton, Florida, solely by his mother Diane Monaghan, who’s an insurance specialist; he hasn’t shared any details concerning his father, and it’s widely believed that he abandoned Diane before Cameron was born.

His modelling career was launched aged three, after Diane sent Cameron’s pictures to various modelling agencies. He was five when his picture was featured on the cover page of his first catalogue, and two years later, Cameron appeared in his first commercial. He studied at Addison Mizner Elementary School, and appeared in various plays performed at the Little Palm Children’s Theatre, including “Winnie-the-Pooh”, “Stuart Little” and “The Pumpkin King”.

Cameron was nine years old when he made his debut film appearance, with his portrayal of Alex in the 2002 family drama “The Wishing Stone”, and the following year saw him play Winthrop Paroo, in the musical comedy movie “The Music Man”.

In 2004, he made his debut TV series appearance, with his portrayal of Chad in the hit comedy “Malcolm in the Middle”; it starred Frankie Muniz, Bryan Cranston and Justin Berfield, and follows the lives of a teenager and his dysfunctional family. The series won 53 awards, including seven Primetime Emmys, while it was nominated for 118 other awards.

Cameron continued acting throughout his entire education. He was 10 years old when he moved to Los Angeles, California, and upon matriculating from a local high school in 2011, he didn’t enroll at college, but focused on his acting career.

In 2005, Cameron was cast to play Timmy in the western “Brothers in Arms”, while a couple of his following roles were in the hit 2006 fantasy comedy “Click” which starred Adam Sandler, the 2006 family adventure comedy “The Santa Clause 3: The Escape Clause”, and the 2007 family mystery adventure “The Three Investigators and the Secret of Skeleton Island”.

Cameron gained recognition in 2014, with his portrayal of Mason in the action comedy drama “Vampire Academy”, directed by Mark Waters, and which starred Zoey Deutch, Lucy Fry and Danila Kozlovskiy. It follows the Dhampir Rose Hathaway, who’s half-human and half-vampire, and is a guardian of the group of mortal vampires Moroi; the film was nominated for two awards.

A couple of Cameron’s following roles were in the  romantic comedy drama “The Year of Spectacular Men”, the  horror thriller “Amityville” both in 2017, and the drama “Anthem of a Teenage Prophet” in the following year.

Most recently, in 2021 Cameron voiced the main character Kamandi, in the short animated action “DC Showcase: Kamandi: The Last Boy on Earth!” He’s currently shooting and recording for two upcoming movies: the thriller “Shattered”, and the animated drama “My Love Affair with Marriage” (voice role).

The 2000s saw Cameron make a guest appearance in an episode or two of various series, with some of the most popular amongst these being the science fiction action drama “Threshold”,the mystery crime drama “Criminal Minds”, and the family comedy “Ned’s Declassified School”.

He gained recognition in 2011, with his portrayal of the main character Corey in the comedy “Corey and Lucas for the Win”, and the same year saw him play Eddie Sandow in the episode “Father’s Shadow” of the mystery crime drama “Law & Order: Special Victims Unit”. In 2016, Cameron was cast to play Tom Fairfax in the popular historical drama “Mercy Street”, created by David Zabel and Lisa Quijano Wolfinger, and which starred McKinley Belcher III, Suzanne Bertish and Norbert Leo Butz. It follows two volunteer nurses, Emma Green who’s a Confederate supporter, and Mary Phinney who’s a New England abolitionist.

Since 2011, Cameron has been portraying Ian Gallagher, one of the main characters in the critically acclaimed comedy drama “Shameless”, created by John Wells and Paul Abbott, and which also stars Emmy Rossum, William H. Macy and Ethan Cutkosky.

It follows the lives of members of a loyal Chicago family, and has won 20 awards, including four Primetime Emmys, while it’s been nominated for 69 other awards.

In 2013, Cameron sang the songs “Gary, Indiana” and “Wells Fargo Wagon” in the movie “The Music Man”, and in 2015 he performed “Love Is a Battlefield” in the episode “South Side Rules” of the series “Shameless”.

He has made a guest appearance in a number of talk-shows, such as “Late Night with Seth Meyers”, “Red Carpet Report”, and “A Little Late with Lilly Singh”.

Cameron has won two awards: a 2005 Young Artist Award for Best Performance in a Television Series – Recurring Young Actor, for “Malcolm in the Middle”, and a 2019 Teen Choice Award for Choice TV: Villain, for his performance in the series “Gotham”.

He has also been nominated for three other Young Artist Awards, two Teen Choice Awards, and a National Academy of Video Game Trade Reviewers Award.

Cameron’s quite open when it comes to his love life, and there are four girls whom he’s dated that the public knows about.

Back in 2015, he was in a relationship with American actress and model Sadie Newman, who’s perhaps known best for her portrayal of Jane in the 2018 mystery crime comedy movie “Holmes & Watson”. They were together for around half a year, before splitting for unknown reasons.

In 2016 and 2017, Cameron was in a relationship with Ruby Modine, an American actress, dancer and singer.

The two could’ve been seen attending most of their red carpet events together, and there were rumors circulating the internet claiming that they were planning to start a family, however, they still split by the end of 2017.

From 2017 to 2019, Cameron was in a relationship with Peyton List, an American model and actress who’s followed by more than 18 million people on Instagram; Peyton’s probably known best for her portrayal of Emma Ross in the family comedy series “Bunk’d”, which has been airing since 2015.

Just recently in 2021, Cameron began dating Lauren Searle, an American actress and model; the two have already uploaded various pictures featuring them together, onto their Instagram accounts.

Cameron’s quite active on Instagram, as he seems to be enjoying the attention he’s receiving from his 2.5 million followers. He has uploaded close to 200 pictures, the majority of which have been taken during his modelling photoshoots.

He loves to travel, and has been to various US states and a couple of European countries, mostly to shoot for his movies and TV series; Cameron prefers to spend his spare time in nature, rather than in overcrowded cities.

He has several training sessions at the gym every week, thus his muscular body. Cameron also enjoys playing various sports with his friends, such as football, soccer and basketball.

He has his own favorite actors and actresses, some of whom are Dwayne ‘The Rock’ Johnson, Al Pacino and Angelina Jolie, and a couple of his favorite movies include “Jumanji”, “Scent of a Woman” and “Mr. and Mrs Smith”.

As of August 2021, his net worth has been estimated at over $5 million.