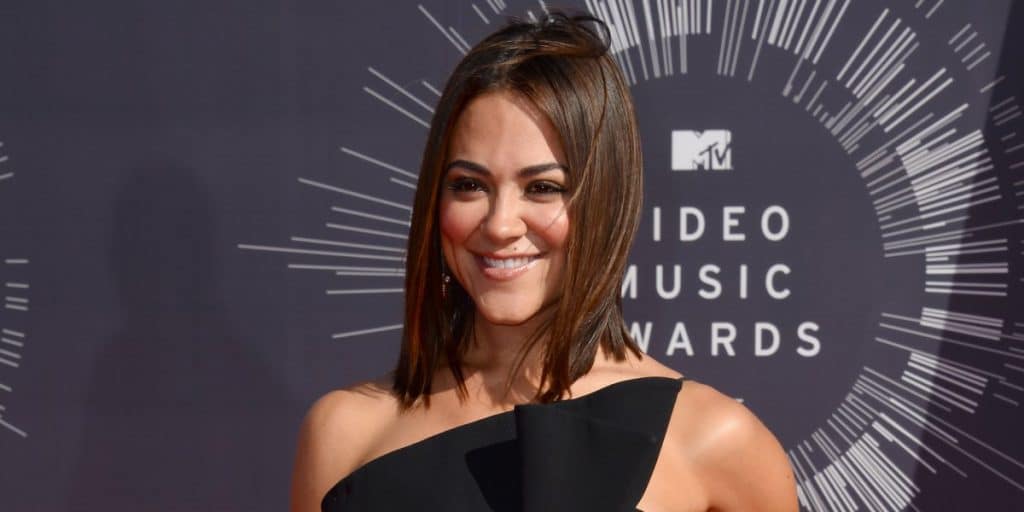 Camille Guaty-Kaye is an American singer and television and film actress, probably best known to the world for her roles in television series such as “Prison Break” (2005-2007), then “Cupid” (2009), and most recently “The Rookie” since 2018, among several other notable appearances in her 20-year-long career.

Camille Guaty was born on 28 June 1976 under the Cancer zodiac sign, in Sunnyvale, California USA, to parents of mixed Cuban and Puerto Rican ancestry; her mother’s family is originally from the Canary Islands. She grew up in Sunnyvale where she went to a local Catholic high school, but before the start of her sophomore high school year, the family moved to New Jersey; she spoke of this change as one of her most unpleasant experiences.

After high school, she enrolled at Boston University, and spent a few months in London studying at the prestigious Royal Academy of Dramatic Art (RADA).

Career as a Singer

Following her return from London, Camille auditioned for the talent show “Popstars” in 2000. She eventually reached the L.A. Workshop stage, with 25 other contestants. However, she was stopped in the semi-finals when she was the last contestant not to gain a spot as a member of the winning group forming Eden’s Crush, but still used her media presence to launch her acting career.

Camille’s career started in 2000, with a minor role in the film “Chaos Theory”, while in 2001 she secured her first recurring role, as Olivia in the TV comedy series “Raising Dad”, appearing in 12 episodes in two seasons of the popular sitcom.

She received high praises for her efforts in the series, and continued her career rather successfully, first as Franny Rios in the TV crime series “The Nine”, sharing the screen with Eva Longoria, Jessica Collins, and John Billingsley, among other stars of this short-lived series, and then as Piper Nielsen in the critically-acclaimed series “Las Vegas”.

Camille continued to build her career on television roles, and in 2009 she played Lita in the TV romantic-comedy series “Cupid”, starring Bobby Cannavale, Sarah Paulson and Rick Gomez, then in 2011 she was Elena in the TV series “The Chicago Code”, while in 2013 she portrayed Caitlin Shane the deceased wife of Atticus Shane in the popular fantasy drama series “Vampire Diaries”.

Next, Camille played Elena Velez in the short-lived comedy-drama series “Happyland”, co-starring Bianca A. Santos and Shane Harper, and also began playing Megan O’Brien in the action-crime series “Scorpion”, which transferred into 2015, appearing in 10 episodes of the award-winning series. She then co-starred in the romantic drama film “The Wedding Invitation” alongside Rainy Kerwin and Eoin Macken in 2017, and the same year starred in the short-lived comedy series “Daytime Divas” about the lives of female co-hosts of a daytime talk show, starring alongside Vanessa Williams and Chloe Bridges, and receiving high praises for her work on the series, but which was unfortunately canceled after only one season.

After this, Camille appeared in a few films, including the comedy “A Futile and Stupid Gesture”, and the romantic comedy “Nappily Ever After”, which starred Sanaa Lathan, Ricky Whittle, and Lyriq Bent, both in 2018. She guest-starred in the award-winning medical drama series “The Good Doctor” in 2018 and 2019, while most recently she portrayed Kayla in the film “My Fiona”, and has recently joined Nathan Fillion, Alyssa Diaz, and Richard T. Jones and other stars in the Primetime Emmy Award-nominated comedy crime series “The Rookie”, and so far has featured in five episodes in 2021.

Furthermore, Camille is working on the comedy film “My Best Friend Depression”, in which she will star next to Michael Ironside and Rebecca Lines, and on the television movie “Casting Call”.

Both projects are in post-production, and awaiting respective release dates.

Camille met her future husband, British songwriter Sy Rhys Kaye, in London in 2009, and it was love at first sight. The couple became engaged in early 2010, and married on 16 April 2011, in a rather small and private ceremony for family and close friends. Since their marriage, Camille struggled to become pregnant, and only after five unsuccessful rounds of in vitro fertilization (IVF), succeeded with help from a donor egg.

Their son, Morrison Rafale Kaye was born on 5 October 2019.

As of mid- 2021, Camille Guaty-Kaye’s net worth has been estimated at around $3 million, earned through her successful career as an actress, during which she has appeared in more than 60 film and TV titles, all of which have added to her wealth.

During her years of struggling to become pregnant, Camille became an advocate for donor conception, and has used her influence to spread the importance and all the virtues of the in vitro fertilization process. She has spoken at a number of seminars, including on the Let’s Normalize Third-Party Family Building webinar. She spends a lot of time with her son and husband, often taking on new adventures together, exploring nature, and introducing her youngling to various animals, including the horse named El Guapo.

Camille is a huge animal lover, and has two pet dogs.