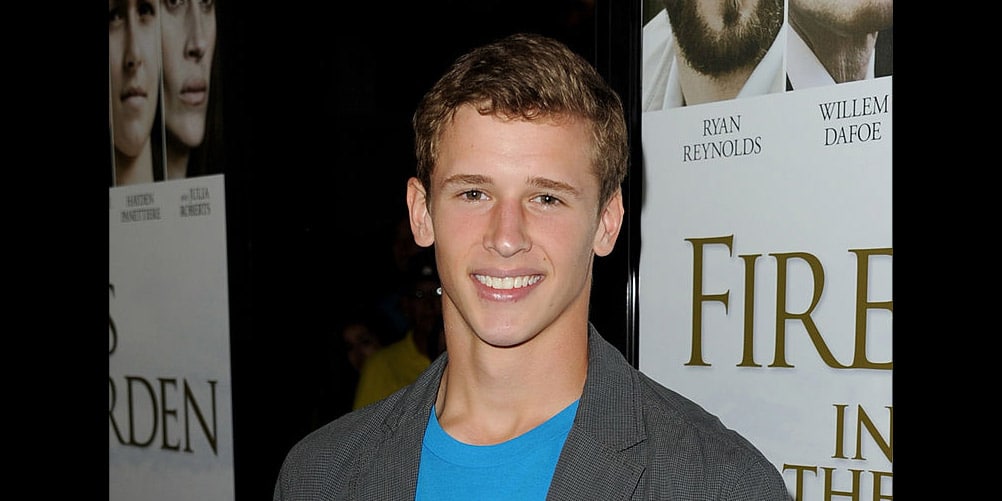 Who is Cayden Boyd?

Cayden Boyd was born in Bedford, Texas USA, on 24 May 1994 – his zodiac sign is Gemini, and he holds American nationality. He’s an actor, who’s probably still known best for having portrayed the main character Max, in the 2005 action adventure comedy movie “The Adventures of Sharkboy and Lavagirl 3-D”. It was written and directed by Robert Rodriguez, and also starred George Lopez and Kristin Davis. The movie follows a boy who’s trying to save the planet of his imaginary friends Lavagirl and Sharkboy; it received poor reviews.

Cayden was raised in Bedford alongside his older sister Jenna who’s also an actress, and is probably known best for her roles in the 2003 revisionist western thriller film “The Missing”, and the 2005 comedy movie “The Sisterhood of the Traveling Pants”. Their parents are Mike and Debbie Boyd, who prefer to be left out of media.

Cayden was only seven years old when his acting career was launched, portraying Hummer in the episode “My Fifteen Minutes” of the comedy series “Scrubs”. As he showed that he had what it takes to become a successful actor, the following year saw him appear in the family comedy series “Taina”, and the comedy series “The King of Queens”, as well as in the movie “Fault”.

Although already a rising star in the film industry, Cayden chose to focus on his education. He studied at Village Christian School, where he learned to play played the cello and violin, as well as football for the school’s team. Upon matriculating in 2012, Cayden enrolled at Pepperdine University, from which he obtained his Bachelor’s degree in business in 2016.

In 2004, he played another supporting character in the popular comedy “Envy”, written by Steve Adams, directed by Barry Levinson, and which starred Ben Stiller, Jack Black and Rachel Weisz in the film which follows a man who becomes jealous of his best friend; it was nominated for three awards. The same year saw Cayden play Timmy in the sports comedy “Dodgeball: A True Underdog Story”, which is amongst his best film performances. It was written and directed by Rawson Marshall Thurber, and starred Ben Stiller and Christine Taylor, while it follows a team of misfits who are competing in a Las Vegas dodgeball tournament; the movie won two of the 11 awards for which it was nominated.

A couple of Cayden’s following roles were in the 2006 action adventure science fiction “X-Men: The Last Stand”, the 2007 romantic drama “A West Texas Children’s Story” and the 2008 drama “Fireflies in the Garden”. In 2014, he was cast to appear in the drama “Expecting Amish”, and the year 2017 saw him star in the short comedy “Long Distance”.

Cayden’s most recent movie role has been his portrayal of Henry in the 2019 horror comedy “(Future) Cult Classic”; he’s finished shooting for the upcoming family comedy “Dog” in 2021.

In 2004, Cayden played two characters in two episodes of the science fiction drama “Century City”, and the following years saw him appear in a single episode of various series, such as the mystery crime dramas “Crossing Jordan”, “Cold Case” and “Close to Home”.

In 2005, he played Ryan in the episode “Malum” of the fantasy crime drama “Night Stalker”, and 2010 saw him play Noah Powell in the pilot episode of the mystery crime drama “Past Life”. Cayden gained recognition in 2014, when he was cast to play Brian in three episodes of the critically acclaimed romantic comedy drama “Awkward.” It was created by Lauren Iuengerich and starred Ashley Rickards, Beau Mirchoff and Jillian Rose Reed in the series which follows a 15-year-old girl who becomes popular after her peers start believing that she tried to commit suicide. It aired from 2011 to 2016, and won two of the 10 awards for which it was nominated.

Three of Cayden’s most recent roles in TV series have been in an episode of the action crime drama “NCIS”, the drama “The Resident”, and the crime comedy drama “Good Girls”. As of mid-2021, he’s shooting for the historical biographical drama “The First Lady”.

In 2005, Cayden was featured in the episode “MusicWeek: Day 1” of the family series “U-Pick Live”, and he could’ve been seen appearing in the 2006 short documentary movie “X Men: The Last Stand – Production Diaries”.

Cayden received special thanks for the 2018 episode “The Last Stand” of the short mini-series “X-Men Mondays”.

Cayden has been nominated for only a single award: a 2003 Young Artist Award for Best Performance in a Commercial, for McDonalds.

Cayden’s more or less secretive when it comes to his love life, but there are two girls whom he’s dated, that the public knows about.

He was in a relationship with Taylor Dooley, an American actress alongside with whom he appeared in the movie “The Adventures of Sharkboy and Lavagirl in 3-D”. They began dating years after meeting on the set of the film, but were together for only a couple of months.

Back in 2016, Cayden dated Jessica Mosbaugh, a non-celebrity girl who can be found on Instagram followed by around 1,000 people.

They were together for close to a year, while they then stopped uploading pictures featuring themselves together.

Cayden hasn’t mentioned any other girl whom he might be dating today, and there are some rumors circulating the internet, claiming that the actor’s gay (unconfirmed). As of May 2021, he seems to be single, hasn’t married and doesn’t have children.

Cayden loves to travel, and has been to various US states for both work and pleasure, while he’s also been to several European countries. His favorite city, amongst the ones he has visited, is London in England, and he has uploaded several pictures he took while in London onto his Instagram account.

Cayden’s physically quite active, and has a couple of training sessions at the gym each week, thus his muscular body.

Summer is his favorite season, and seems to be mostly because he enjoys showing off his body at the beach.

Cayden loves animals, and his favorites are horses.

He enjoys being in nature, and occasionally finds time to go camping and backpacking with his friends.

Cayden has his own favorite actors and actresses, some of whom are Jim Carrey, Robert De Niro and Julia Roberts, while his favorite movies include “Bruce Almighty”, “The Irishman” and “Pretty Woman”.