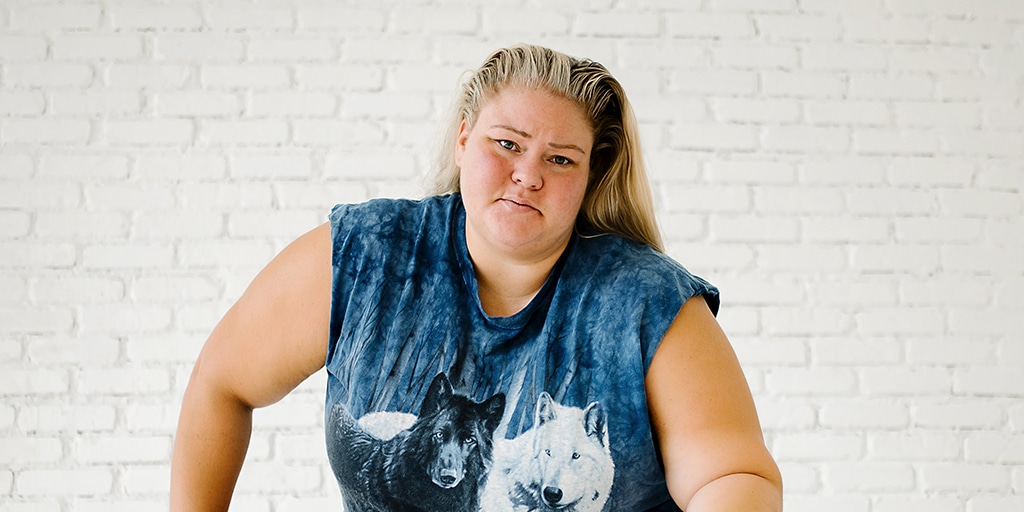 Who is Chelcie Lynn?

Chelcie Lynn (married Melton) was born in Oklahoma City, USA, on 9 August 1987 – her zodiac sign is Leo, and she holds American nationality. She is a comedian, actress and a social media star, perhaps still known best for her short comedic videos which she had uploaded onto the now-defunct Vine platform, and in which she played the character Trailer Trash Tammy.

Chelcie grew up in Oklahoma, but later moved to San Diego, California. She was raised by her grandmother, describing her situation growing up as difficult, as her parents were alcoholics and meth addicts. Her mother was arrested for drug possession and died in prison from cervical cancer, while her father went to rehab and eventually remarried.

She has two younger sisters, Beth and Maggie, whom she often features in her YouTube videos and Instagram photos.

After matriculating from a local high school, Chelcie didn’t to enroll at college because of financial troubles she had at that time, and began working in a shopping mall. After moving to San Diego, she worked in a bio-medical engineering company as a tester, but quit after only two weeks to focus on comedy.

Career as a comedian

Chelcie launched her Vine channel in 2013, and in July she began uploading short videos on the platform, in which she played the character Trailer Trash Tammy, who is a comedic representation of ‘redneck’ women from the American south.

Her character usually has her hair slicked back, smokes a cigarette and wears an oversized Majestic Reba T-shirt. Chelcie had over 240,000 followers on Vine, before the platform was discontinued in 2017, while compilation videos of her Vine clips still amass millions of views on YouTube.

In March 2015, Chelcie launched her YouTube channel ‘Chelcie Lynn’, and on 3 March 2015 uploaded her first video entitled “Y’all got a cigarette? Outtake”. At the beginning, she continued uploading content similar to her Vine videos, playing Trailer Trash Tammy, but she eventually moved on to make videos in which she is out of character.

Aside from her comedic skits, Chelcie also produces food review videos, and vlogs with her friends and sisters. Her most popular video is entitled “Man slams door in trick-or-treaters face!!! (Trailer Trash Tammy)”, which has attracted more than 10 million views. She has more than 1.2 million subscribers on her channel, with her videos numbering over 130 million views in total.

Following her success on Vine and YouTube, Chelcie started performing in front of live audiences. She is currently doing a US tour entitled “The Tammy Tour: One Trailer Park at a Time”, featuring her doing improv shows as her alter-ego Tammy. She also does stand-up as a member of the ‘Tammy and the Gang’ ensemble, and has done an online live show with the popular stand-up comedian Theo Von.

Roles in movies and TV series

In 2015, Chelcie made her acting debut in the indie comedy drama “Tangerine”, directed by Sean Baker, written by Chris Bergoch, and which starred Kitana Kiki Rodriguez, Mya Taylor and Karren Karagulian. It follows a transgender sex worker who realises that her boyfriend/pimp is cheating on her – the film is unique as it was shot with three iPhones rather than professional cameras. “Tangerine” premiered at the 2015 Sundance Film Festival, and soon gained critical and public acclaim, and won 25 awards and 43 nominations. In the movie, Chelcie plays the character of Madam Jillian, who runs a makeshift brothel.

The following year, she played a minor role in the action thriller “Dog Eat Dog”, written by Matthew Wilder based on a novel by Edward Bunker, and directed by Paul Schrader. The film starred Nicolas Cage, Willem Dafoe and Christopher Matthew Cook, and follows a crew of ex-cons who are hired to kidnap a baby of the rival mafia boss.

Chelcie is active on Instagram with her account ‘@chelcielynnn’ numbering more than 1.1 million followers, and has uploaded more than 1,500 photos.

Chelcie is verified on TikTok, while her account ‘chelcielynn’ numbers over 2.6 million followers and 18.3 million likes.

She has a website – ‘eatmytrash.com’ – onto which she sells various merchandise including T-shirts, hoodies, and posters.

Chelcie and her husband Greg Melton married on 14 July 2000, after having dated for two years. In her interviews, she often talks about her husband, and describes him as supportive, and non-judgmental of her career. She also states that she wouldn’t have made it this far in her career if it wasn’t for his support.

Greg is often featured in her comedy videos, in which he plays the character Danny, Trailer Trash Tammy’s redneck husband. They don’t have children.

Chelcie is an advocate for marijuana legalization, and is sponsored by a CBD oil company CBD OPS.

She has two pet dogs called Gary and Till Till.

She did a nude photo-shoot in Texas for her 2021 Tammy Trailer Trash calendar.

Chelcie is a big fan of Fleetwood Mac, with her favorite album being “Rumors”.

In 2019, she went to Fleetwood Mac member Stevie Nicks’ solo concert, and boasted about it on Instagram.

She has been a guest at over 20 podcasts, including “Good For You”, “The HoneyDew with Ryan Sickler” and “Unlicenced Therapy”.

She loves watching comedy movies with her husband in her spare time, with some of her favorites being “Pitch Perfect”, “The Ridiculous 6” and “The 40-Year-Old Virgin”.