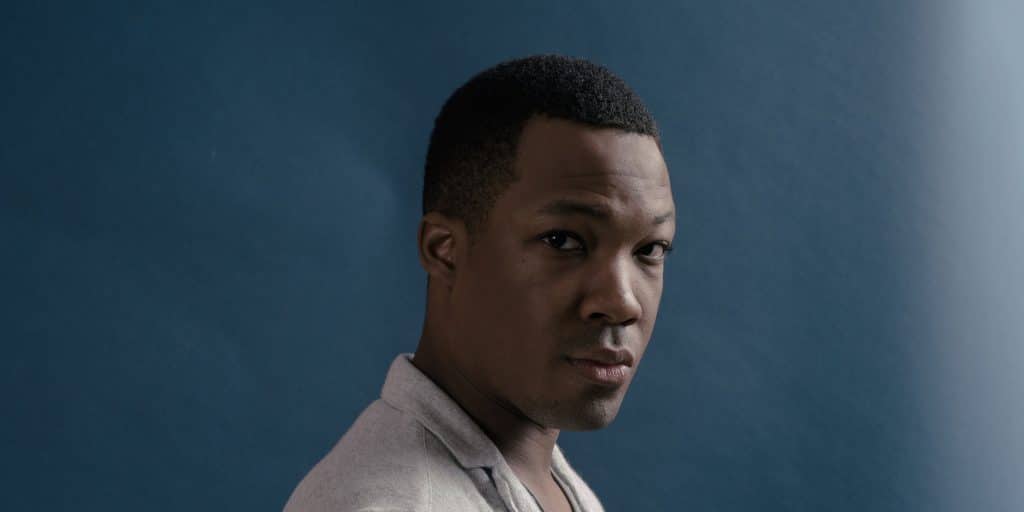 Who is Corey Hawkins?

Corey Antonio Hawkins was born in Washington D.C. USA on 22 October 1988 – his zodiac sign is Libra and he holds American nationality. He’s an actor and a singer recognized for playing Heath in TV series “The Walking Dead” as well as for his portrayal of Dr. Dre in the 2015 N.W.A biopic “Straight Outta Compton”.

Corey spent his childhood in Washington D.C. where he received primary education, he has no siblings and was raised by his mother Monicamarie Hawkins who worked as a police officer. He hasn’t made any details about his father publicly available.

Posted by Lovingseries on Sunday, January 15, 2017

Corey began showing interest in arts and theatre at a very young age so after middle school, he enrolled at Duke Ellington School of the Arts at which he pursued theatric occupation and later on, he graduated from the prestigious Juilliard School in New York in 2010. He was a member of Drama Division Group 40 at Juilliard, and he also received the renowned John Houseman Award for excellence in classical theatre.

Hawkins made his first film appearance in the 2010 short “Empire Corner”. In 2012, he appeared in the action thriller “Allegiance” in which he portrayed the supporting role of Willie. The following year, he had a small role of a Navy OP in Marvel’s “Iron Man 3” and in 2014, he appeared alongside Liam Neeson in the action thriller “Non-Stop” while the same year also saw him play the character Tybalt in the film adaptation of “Romeo and Juliet”.

One of his most notable performances was his portrayal of the lead character Dr. Dre in the 2015 biographical drama “Straight Outta Compton” written by five people, directed by F. Gary Gray and which also starred O’Shea Jackson Jr. and Jason Mitchell. The film follows the gangsta rap group N.W.A in the mid-1980s and their rise to fame. It was nominated for Best Writing, Original Screenplay at the 2016 Oscars and received 28 other awards including a BET Award for Best Movie and an MTV Movie + TV Award for True Story.

The story follows a team of scientists on a remote island who accidentally ventured into the domain of Kong and now must fight to escape.

He played the role of Kwame Ture in the 2018 Oscar-winning biographical comedy “BlacKkKlansman” written by a team of five people, directed by Spike Lee and starring John David Washington, Alec Baldwin and Isaiah Whitlock Jr.

Perhaps his most notable TV series role was in AMC’s “The Walking Dead” in 2015; he starred in six episodes of the sixth season portraying Heath, one of the key characters from the original comic series.

“The Walking Dead” was created by Frank Darabont and Angela Kang, it’s based on the eponymous comic book series by Robert Kirkman and stars Andrew Lincoln, Jon Bernthal and Sarah Wayne Callies. The series follows a group of various characters surviving a zombie apocalypse. It has aired its 10 seasons on AMC, with the eleventh and final season planned for 2022.

Another remarkable Corey’s role was in the action thriller “24: Legacy” in 2017 in which he played the main character Eric Carter. The series was created by Manny Cotto and Evan Katz as a spin-off of “24”, also starring Miranda Otto, Anna Diop and Teddy Sears.

The show was running on Fox network in 2017 for one season, and as its predecessor, it’s known for the use of real-time narration.

Corey also guest-starred in an episode of the 2017 comedy “Placeholders”. In 2020, he played one of the leads in the 12-episode adventure drama “Survivors” alongside Sophie Turner. In the same year, he played another lead role in the critically acclaimed sci-fi series “Chrysalis” also starring Matthew Wolf and Tony Colette.

Corey started his career as a theatre actor by starring in Off-Broadway plays with his first appearance having been in “Suicide, Incorporated”. His Broadway debut was in the 2013 musical adaptation of “Romeo and Juliet” in which he played Tybalt. In 2017, he received a nomination for a Tony Award for Best Theatre Actor in a Play for his performance in “Six Degrees of Separation”.

Aside from playing the lead role, Corey was the executive producer of the series “Chrysalis” and he has also worked on the soundtrack for the upcoming movie “In the Heights” based on a Broadway musical.

He was nominated for a Primetime Emmy Award for Outstanding Actor in a Short Form Comedy or Drama Series for his performance in “Survivors”.

Corey keeps his love life away from the public eye, and not a lot is known about whom he has dated.

In 2015, he was seen with the American actress Teyonah Parris which sparked rumors about the relationship between them but neither of the two have confirmed this. At the 2017 Tony Awards, he was accompanied by his co-star Allison Janney and this made their fans wonder about whether or not they were dating.

Corey hasn’t mentioned anyone whom he’s perhaps dating today and thus as of May 2021, he appears to be single, hasn’t married and doesn’t have children.

Corey has a passion for music and has stated that he grew up singing and that he enjoys singing for his audience in Broadway musicals. He had a chance to show his musical talent in front of a bigger audience when he performed the national anthem of the USA before the 2017 US Open final match between Rafael Nadal and Kevin Anderson.

Unlike many other Hollywood actors, Corey’s not a big fan of social media. His only public account is on Instagram which is verified and has over 120,000 followers even though he hasn’t posted any pictures onto it nor has followed any other accounts.

In his spare time, Corey enjoys reading, especially classic literature with some of his favorite books being “Les Miserables” by Victor Hugo, “The Count of Monte Cristo” by Alexandre Dumas and “Moby Dick” by Herman Melville.